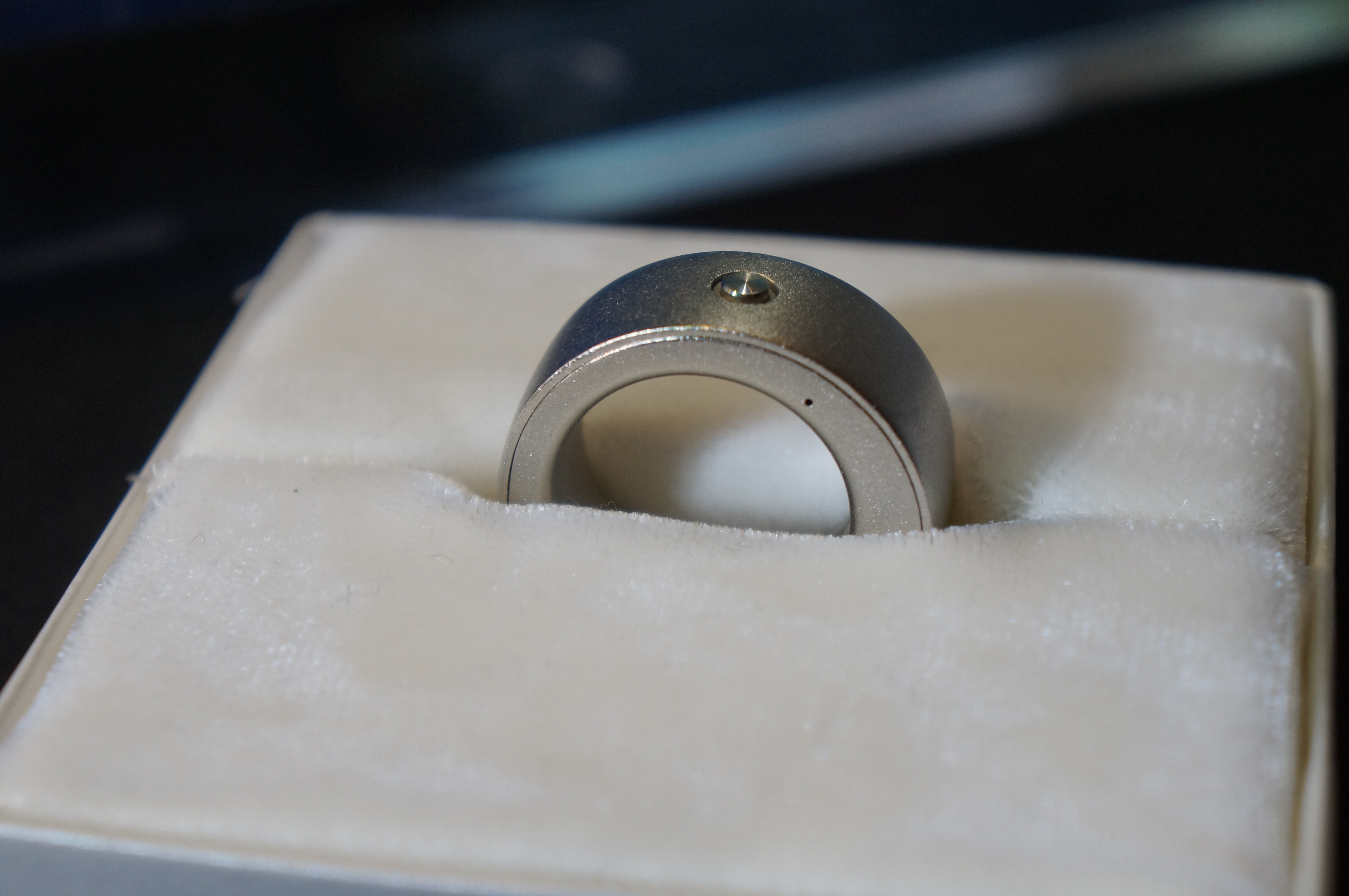 CES Unveiled, Digital Experience, and ShowStoppers are sort of pre-shows that run in the days leading up to CES. Most years, you can get a really good idea of what’s going to be a big hit on the show floor just by attending these three events.

At CES Unveiled this week, there were a couple of devices that drew really a lot of attention. Among them was the Ring, a wearable that facilitates gesture controls via a chunky silver, well, ring. Think of it like a Myo for your finger.

We first caught wind of the Ring about a year ago, when it launched on Kickstarter. Our own wearables expert, Tom Emrich, even has one. This was not our first interaction with the Ring, in other words.

Despite the fact that the booth entertained a steady stream of conference goers for the duration of CES Unveiled, I’m still not sold. Ring still overly large and clunky, at least from a jewelry perspective. This is not a device you’d wear all day every day. At least I wouldn’t, which defeats the purpose completely.

Logbar, the company behind Ring, envisions a future where you can control the electronics in your home as though you were waving a magic finger wand (during last night’s demo they were using Ring to execute tasks on a smartphone). You can even type messages by drawing the letters in the air in front of you. Different gestures will translate to different actions on a connected device. That kind of seamless connectivity just isn’t possible if you have to pause and pull out the ring and put it on your finger.

This is, in essence, the same problem watchmakers and other wearables companies face when trying to create a stylish, low-profile design that has broad spectrum appeal and can be worn at any time. For a piece of wearable technology to be useful, you have to want to wear it. People have already proved that they’re willing to wear one watch, or one ring all day, or a piece of jewelry all day, every day, for many years. It’s just fitting the technology into current form factors that presents a persistent problem.

Priced at $269, Ring isn’t cheap either. Still, if you’re an early adopter that gets a kick out of playing with new technology that may or may not have any real world applications (and are willing to spend the money), you’ll probably have a lot of fun with Ring. It works well (at least it did last night) and when the Ring Hub launches in March, it will bring support for your connected home electronics.