On comments, links and algorithms: a note to the MobileSyrup community 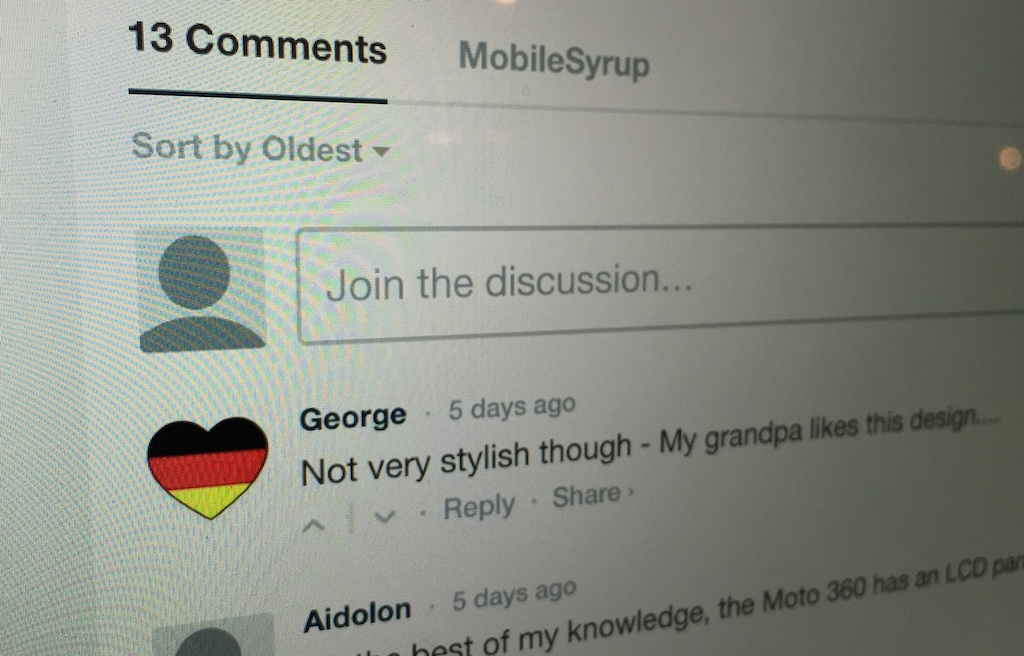 This morning, we came upon a treasure trove of nearly 300 comments that were “awaiting approval” in our Disqus backend. Disqus, which we switched to in late 2013 from WordPress’s native commenting system, has allowed us to spend less time moderating individual comments, many of which were machine-generated spammers looking to spread their evil wares.

The first reason is obvious: MobileSyrup is a family-friendly website and we’d like to discourage people from using vulgar language whenever possible. While those words have a place in emphasis, using them to insult another community member will always result in either a flag or an outright ban.

The second, links to external sites, are meant to filter out spam links. While we understand that there is value in linking to another blog’s post, or to an Amazon link to show a lower price, for example, we’d prefer links get truncated — amazon dot com/whatever, for example — when you can remember.

Finally, being flagged too many times by community members will result in users receiving a “low reputation” score, which will automatically block comments from being posted until an administrator approves them. We’ve found, however, that this function was being abused by some people, resulting in quite a few legitimate comments being automatically unapproved after the fact merely because a number of people didn’t agree with the subject matter.

We’ve adjusted the algorithm so that flagging will not automatically cause a comment to disappear into the ether. We’re going to experiment with new ways of distinguishing when a post should or shouldn’t get approved, but you can be immediately reassured that your polite, insightful comments will no longer be removed from the conversation by others with a different point of view.

MobileSyrup has never and will never delete comments because we don’t agree with the subject matter, as long as that member expresses his or her opinion in a constructive way. We’re open to both criticism and feedback, and are not in the business of suppressing personal opinion. You’re welcome to disagree with what we say and with what other readers say, but you must do so respectfully.

We expect a modicum of civility when conversing with one another. We have a huge community of Canadians with divisive and diverging opinions, and will immediately ban commenters that engage in hateful or untoward behaviour to one another.

As always, thank you for a wonderful year of thoughtful, insightful and engaging discourse, and we look forward to providing you more ways to share in 2015.

Have a safe and happy holiday season,