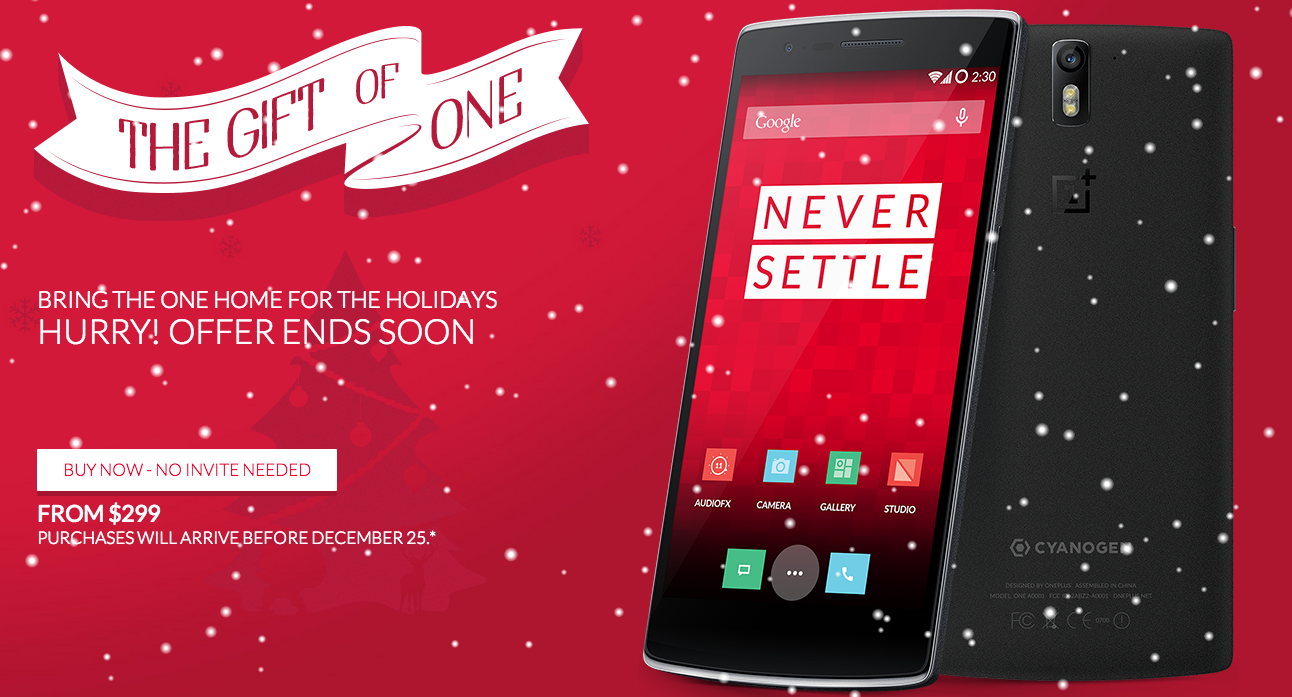 If you’ve missed the last few opportunities to snag a OnePlus One invite, don’t fret. You now have another chance to buy yourself ‘the gift of one.’ OnePlus has announced that starting today and continuing through until December 25th, you’ll be able to buy the One without an invite. This is similar to the offer OnePlus had going over Black Friday weekend and is a great sign that the company is getting closer to availability.

Distribution has been one of the biggest problems people have with OnePlus. Instead of going straight to general sale when the One launched in April, OnePlus chose to employ an exclusive invite system. At first, these were dished out at random times, and those hoping to snag one had to trawl Twitter or the OnePlus forums. Then, in August, the company released 10,000 invites, so the phone was a little easier to come by.

This system was supposed to be abandoned in late October, and technically it has. However, it hasn’t really made the phone any easier to get. As recently as last month, OnePlus was selling the phone through limited ‘preorder windows’ which were announced days or weeks in advance and only lasted a few hours. The Black Friday event and this new Christmas offer are the first times we’ve seen the phone available to purchase by anyone across multiple days.