OnePlus and Cyanogen fall out over India launch 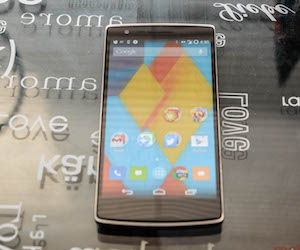 One of the major draws of the OnePlus One is that it runs Cyanogen. However, it seems like that won’t be the case when the phone hits India tomorrow. Apparently, Cyanogen has signed an exclusive agreement with Micromax to provide software for its Yu line of phones, so the OnePlus One is being left out in the cold.

If you’re wondering what the heck happened, you’re not alone. Carl Pei, the OnePlus’s vocal co-founder, has expressed confusion over Cyanogen Inc.’s move. In a blog post published on the official OnePlus blog, Pei said the company couldn’t explain the lack of Cyanogen on Indian units because it didn’t understand either.

Titled “A letter to our Indian users,” the post expresses “surprise” and “disappointment” over the news that Cyanogen had decided to make an exclusive deal with another company. OnePlus says it was only told last Wednesday, right after it announced the phone’s upcoming Indian launch. Pei also explains that October saw the release of the 38R OTA, which included SAR values for India, so as of October 7th, Cyanogen Inc. was still prepping for the Indian launch.

“Prior to this, OnePlus and Cyanogen have successfully cooperated to release the OnePlus One or carry out commercial operations in 17 countries and regions (including India),” Pei wrote. “It is truly unfortunate that a commitment we both made to our Indian users will now not be upheld.”

While we don’t know what changed in the six-or-so weeks since the initial announcement, the good news is that it doesn’t look like this change will affect the Indian date of availability. OnePlus already sells a Cyanogen-less phone in China, so presumably the Indian model will ship with Oppo’s Color OS, just like it does in its home country. A little bit down the line, users will be treated to a custom ROM built on Lollipop. This software was originally being created for future OnePlus devices but OnePlus now estimates that the first release will be ready next month. A production-ready build will come in February.