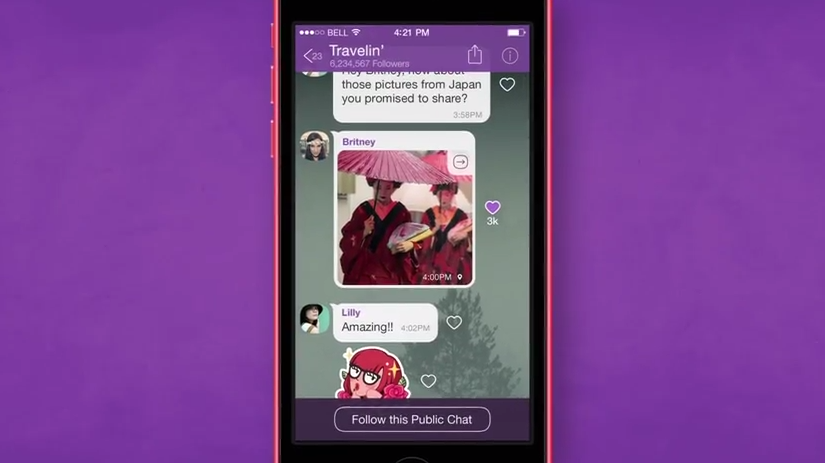 Viber has announced a new feature called Public Chats that expands the app beyond simple instant messaging and into social media.

Public Chats was unveiled today as a way to tune into content from celebrities or other interesting users. However, if you’re thinking this is your way to finally catch Taylor Swift’s attention, we’ve got some bad news: you might be able to listen, but not everyone will be able to participate. The conversations themselves, or “vibes,” will be viewable to the Viber-using public but the idea is still to keep conversations between friends. At least it seems that way.

Public Chats can be used as a platform to broadcast to the world at large but it limits actual personal contact to people you already know. So if you see Taylor Swift talking about her new album on Public Chats, you won’t be able to ask her to sign your copy of Red unless you already know her. But Harry Styles will probably be able to ask her (provided she hasn’t deleted his number).

Already signed up to broadcast their “exclusive insider chats” are Anastacia, KISS, Pixie Lott, Paul Van Dyk, the WWF, and NEXT Models. Of course, the number of ‘vibes’ you can follow will grow over time, and Viber is hoping to cut through the noise by featuring the most popular ones on the Public Chats home screen.

Viber hasn’t said when the feature will be available to all users but Public Chats is now in beta and interested users can sign up here.