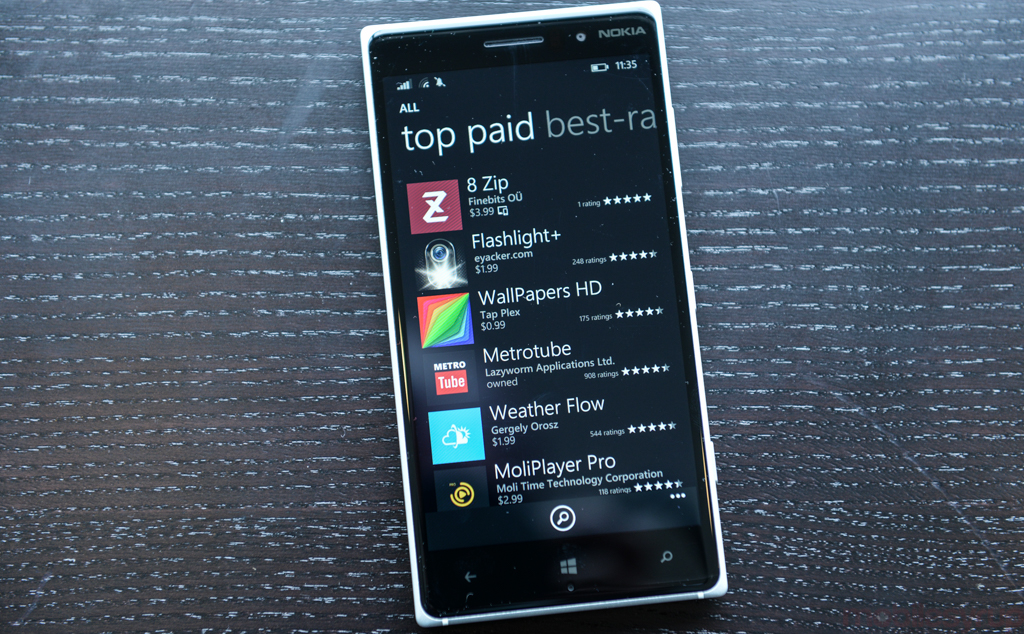 One of Windows Phone’s biggest weaknesses is its app ecosystem. It just can’t compare to that of iOS or Android. It’s growing, though. In fact, Microsoft has confirmed that there are now more than 525,000 applications in its Windows Store.

While any growth is good growth, Statista puts the Google Play store and Apple’s App Store at 1.3 million and 1.2 million apps, respectively (as of July), so Microsoft is still roughly a million apps behind both.

Even still, volume isn’t everything. As we mentioned in the Lumia 830 review, users often face inconsistencies in terms of quality. Their favourite apps might be available for download but they often aren’t updated as frequently or are stripped down versions of their Android or iOS counterparts. Flipboard is a great example of an app that took years to make it to Windows Phone devices. When it finally did, users were disappointed to learn that it didn’t even flip.