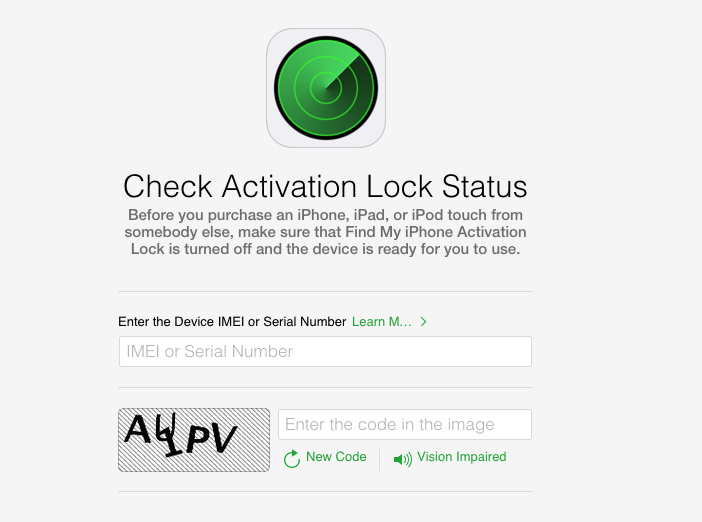 Apple’s has added a new feature to iCloud that enables users to check if a second-hand iPhone, iPad or iPod touch is ready for use by checking its Activation Lock status.

Activation Lock is designed to protect stolen iOS devices and arrived with iOS 7. It’s enabled when you switch on Find My iPhone and prevents anyone from switching off Find My iPhone, erasing your data, or even using your phone without first obtaining your Apple ID and password and unlocking the device with Apple.

The idea is that by “bricking” your device, you render it useless to the person who finds it (or steals it), and therefore increase your chances of getting it back. This new features allows you to check if the device has been locked down by its original owner.

Apple devices generally hold their value quite well, which makes them pretty popular for reselling or buying second-hand. Indeed, every year, around iPhone announcement time, there is a raft of people looking to buy and sell last year’s device, either because they want to upgrade to the new device and have no need for their old phone, or because they know they can get a good deal on a last-gen device now that the new version has been announced.

The problem with buying anything second-hand from a third party is that you don’t know where it came from and you risk getting scammed. This new feature on iCloud should help cut down on the number of people throwing hundreds of dollars away on stolen hardware that won’t work when they try to switch it on.