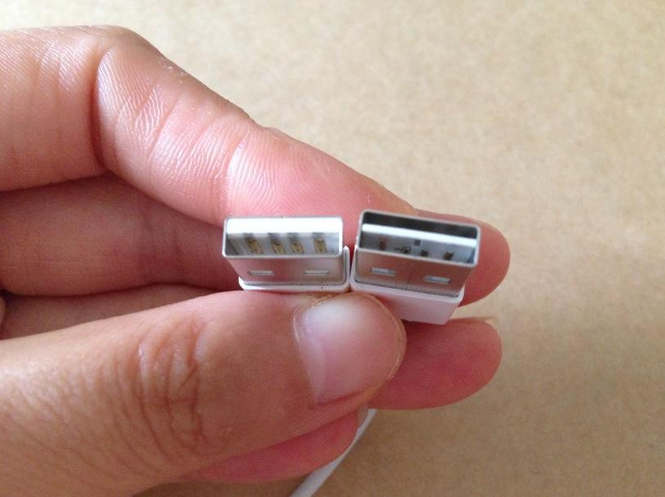 The next generation USB connector, dubbed USB Type-C, is ready for production and just needs manufacturers to hop on board. The USB Type-C is perfect for mobile devices, including smartphones, tablets and laptops and its main feature is the new reversible design. Brad Saunders, USB 3.0 Promoter Group Chairman, stated, “this next generation of USB technology opens the door for the invention of an entirely new, super thin class of devices that consumers haven’t even seen yet.”

Apple likes to go its own way. When the company unveiled the iPhone 5 and iPad mini, it revealed the next generation of its charging and data transfer cable, Lightning. Not only did Lightning inherently support the USB 3.0 standard (though it currently only has USB 2.0 functionality), it was reversible at the connector end. Now, according to popular leaker Sonny Dickson, Apple will be unveiling a USB cable with reversible inputs at both the Lightning and USB end, which will also likely carry USB 3.0 speeds at a theoretical maximum of 5Gbps.

It’s unclear whether Apple will release the new cable with the iPhone 6 or wait until later-generation devices, but it’s nice to see the company adopting faster input speeds to match its reversible cable designs.