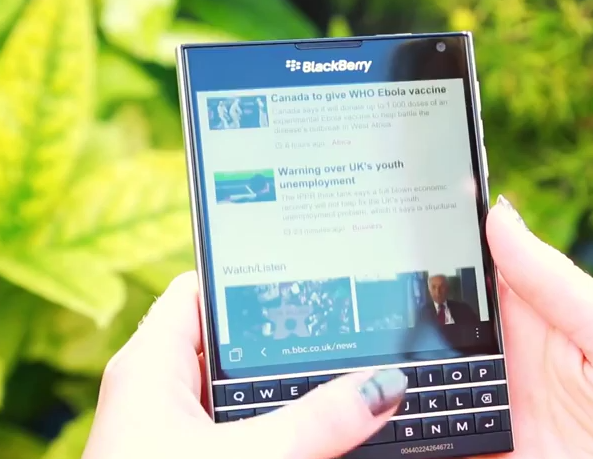 If you’re wondering what the BlackBerry Passport looks like in a professionally-produced video, look no further. Carphone Warehouse, the company merging with Dixons to become the UK’s biggest smartphone retailer, has put together a short overview of the wide-as-a-house smartphone, detailing some of the features we already know, and a couple we don’t.

The narrator navigates vertically and horizontally through screens using the touch-sensitive keyboard, and she also points out that the Passport has a dedicated button for accessing BlackBerry Assistant, the company’s newly-announced Siri competitor.

She also points out that the frame is made of stainless steel, a material BlackBerry has used in the past, as it is stronger and more solid than aluminum.

BlackBerry is expected to begin selling the Passport sometime in September.

BlackBerry discounts Passport, bundles sync pod and a case for all products