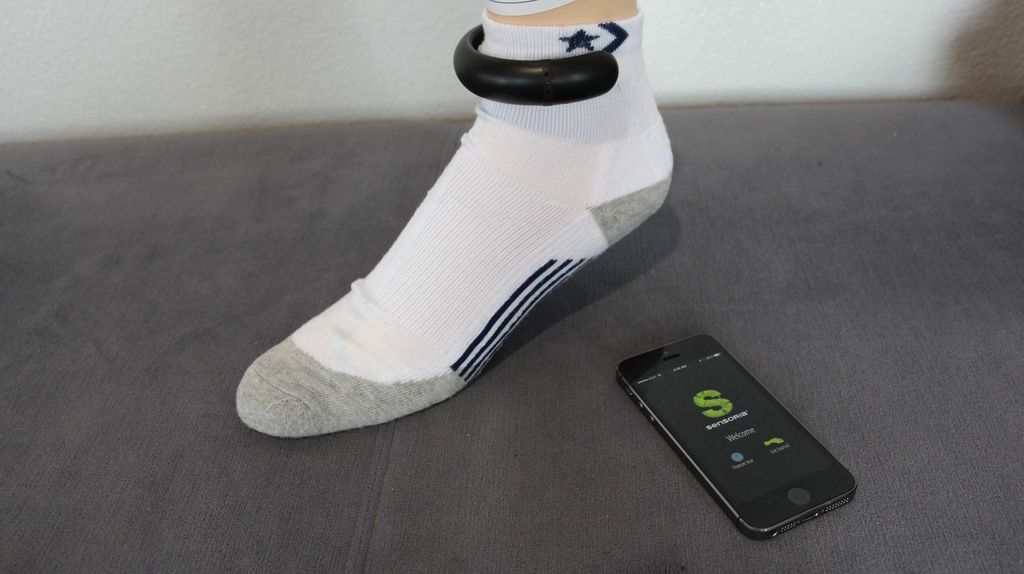 Eyes and wrists are getting a lot of love from the wearable space lately, but there is one powerful body part which is extremely underserved: feet. Around 25% of one’s bones are in the feet, and these poor suckers are constantly under pressure from lugging around the entire body.

With so much going on, feet are rich with extremely useful data which can help tell a lot about your health and fitness. Heapsylon sees this potential, which is why they have launched a bio-sensing smart sock.The Sensoria Fitness Sock is a wearable device made up of two parts: an anklet device, which houses a battery, data storage, accelerometer and altimeter; and the sock infused with textile sensors that measure your force and pressure. 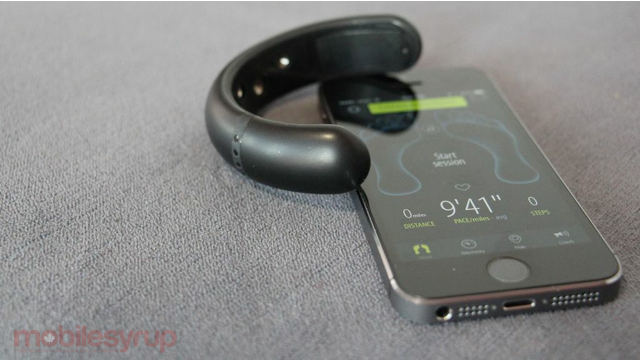 The anklet attaches to the outside of the sock on the ankle using proprietary cone-shaped magnets. The magnets are powerful enough to keep the anklet in place during activity, but still allow for the user to take the device off without destroying the fabric.

Between the anklet and the sock, Sensoria Fitness Sock can track activity (steps, calories, speed), measure  cadence, detect foot landing technique, and monitor balance.  This information is aimed at improving one’s running form but could also be used for any activity requiring feet such as cycling, yoga, golf and martial arts to name a few.

Although you really only need one sock to effectively track your runs, for things that require balancing in a standing pose, like yoga, two socks are necessary. 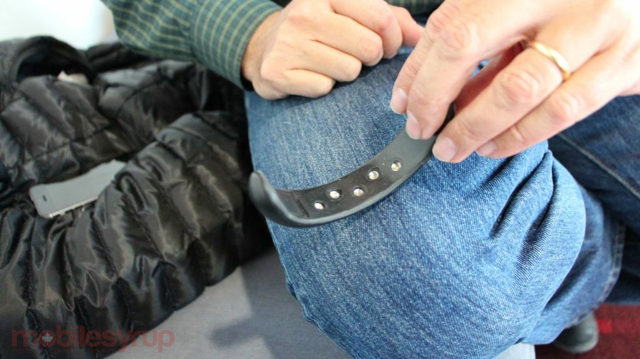 Heapsylon CEO, Davide Vigano, showed us a prototype of the smart sock at CES this week along with the companion app.

The anklet is semi-flexible and adjustable which is necessary to work a variety of sizes and shapes of feet. The sock itself looks like any other sports sock one might wear for a run, minus the obvious magnets up near the ankle to connect the device. To get the anklet on was simple and I tried to shake it off, to no avail. Vigano told us that the magnets in the final product will be much smaller than the ones seen in this version.

The app is quite visual,  complete with a dashboard and all the stats one would expect from the data points. My favourite feature, however, is the diagram of feet which light up to localize pressure and force.

All of the data is real-time during an activity session, and it’s also possible to look back at historical metrics. One bonus of the anklet is that a wearer doesn’t need to carry a smartphone to collect this data: the anklet can store data for up to two weeks of an average daily run before having to sync via Bluetooth to a smartphone.

The app has suggested running philosophies in the Virtual Coach section which are recommended running styles to teach the proper way to run. This is a great feature for beginning runners who are just learning the sport. 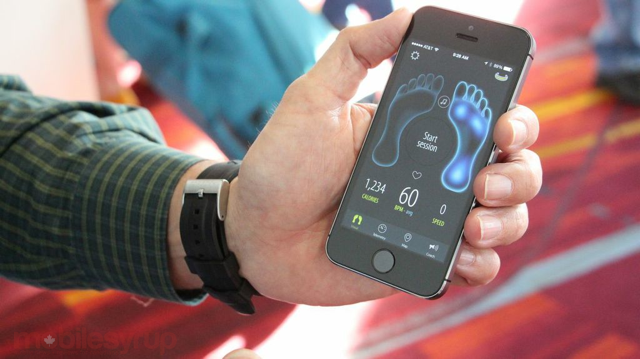 The virtual coach routine sets goals for things like cadence and foot landing and then provides positive and corrective feedback while running. Those who don’t want to prescribe to these philosophies can go in and customize their own settings to benefit from the same feature.

Heapsylon is actively working with developers with their Sensoria SDK to use the data points from their sock, and other smart garments like their T-Shirt and Sports Bra, in fun and meaningful ways. They recently announced a partnership with Google Glass app, Race Yourself, which lets you virtually race against your best running stats.

Sensoria smart socks will start to ship this spring in a variety of colours, with a retail price of $199.

From TEDxToronto to the trenches, a glimpse of technology’s future

The Nagging Mom of Wearables, LUMOback, comes to Android