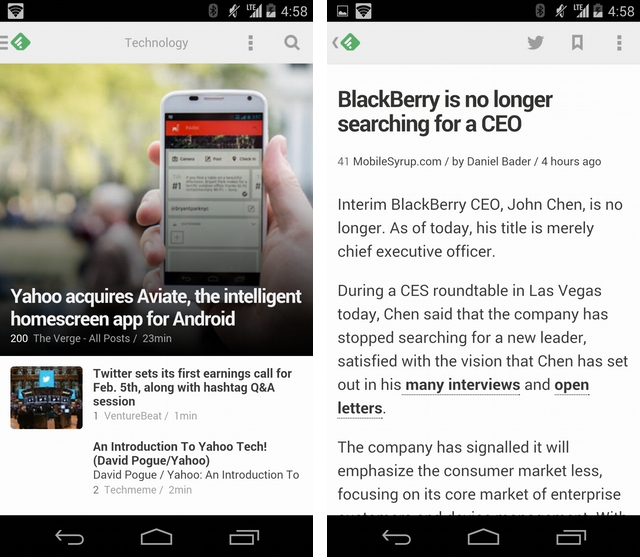 Feedly has become the de facto RSS platform for those stranded by the closure of Google Reader.

While its backend infrastructure and accompanying API are well mature, fancied by popular third-party apps like Reeder 2 and Press, the company also offers a suite of first-party apps for Android and iOS. Neither app is better than many of the alternatives, but it’s free and loads articles quickly.

The Android app, however, has been criticized as slow and unresponsive at times, limiting its usability. Feedly is attempting to address the concerns today with a beta version of its upcoming update, Feedly 18. It mainly addresses compatibility issues with Android 4.1, but adds a new feature called Speed Reading, which offers a quick one-tap gesture to cycle between articles.

To load the beta, Feedly users must join the community on Google+ and then opt into the beta through the Play Store’s web interface. Not a huge update, but a sign of things to come.