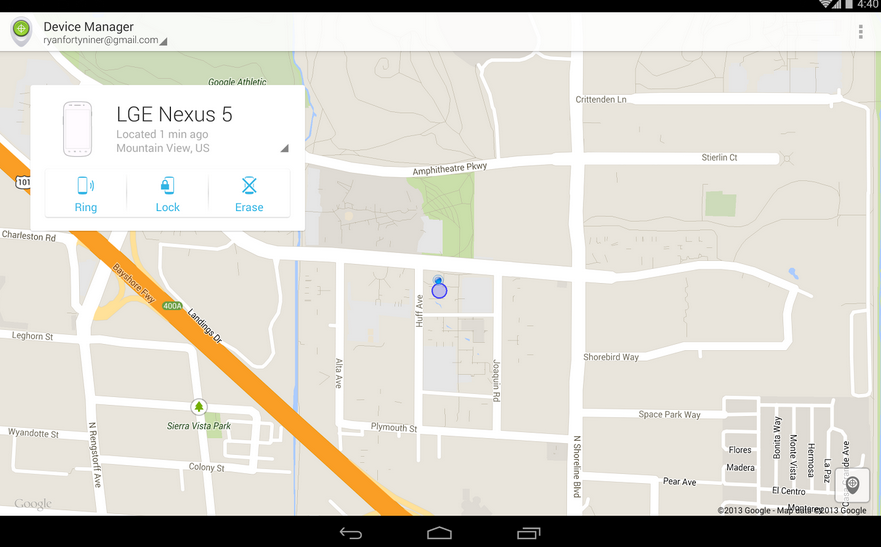 Now, Android Device Manager has been released as a standalone app on Google Play, bringing that same functionality to a native app experience. This allows tablet users to track their phones or make them ring loudly, and in the case of a missing or stolen device, erase any sensitive data on it. 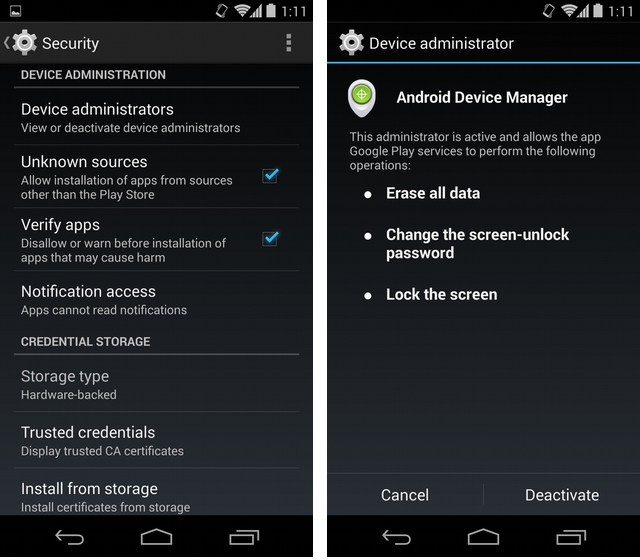 Of course, your phone or tablet will have to be registered beforehand, which is available through Settings/Security/Device Administrators. Just by signing into your Google account, Play Services should register your phone for two of the three administrator settings — “Change the screen-unlock password” and “Lock the screen” — but you may have to explicitly allow ADM to “Erase all data.”

While it’s an app we hope you’ll never have to use, it’s good that it’s finally available. Apple offers a similar service for iOS users called Find My iPhone.