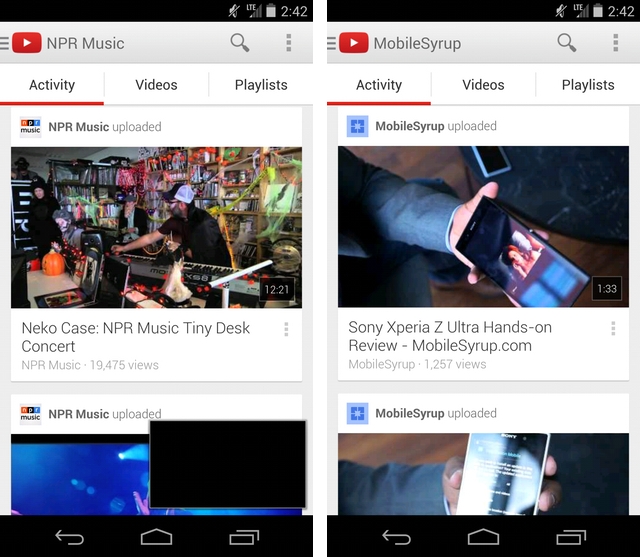 Google issued a minor update to its YouTube app for Android last night, but hidden inside its buttery UI are clues as to its next major frontier: a subscription-based music service dubbed Music Pass.

While we’ve known for some time that offline caching for certain content is coming to YouTube on both iOS and Android, this development is something else altogether. According to an APK teardown by Android Police, Music Pass will offer unlimited, ad-free music listening with playlist and background listening support. Considering how much music content is already available on YouTube, this move seems an obvious one. The leak does remind us that offline caching will be limited to 48 hours, and content owners will be able to specify whether their work can be watched offline, much like they can limit it to desktop YouTube today.

Why YouTube Music Pass is launching separately from Play Music remains to be seen, but it’s likely because video licensing is separate from track and album licensing, according to the rights owners. It’s also likely that YMP is going to be cheaper than Play Music All Access’s $9.99/month fee, as quality is a mixed bag on YouTube.

Google promised to bring offline caching to YouTube before the end of the year, so either things have changed or the company is gearing up to launch a major new service in the next month. Either way, we’re excited to see what’s coming.