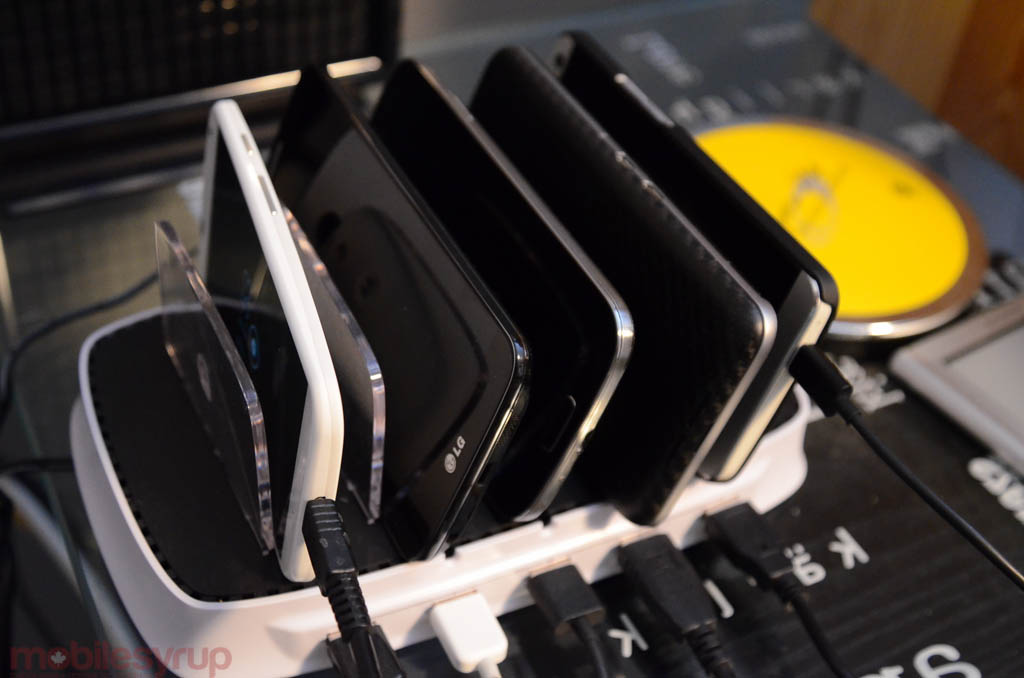 I’m a bit of an overzealous organizer; everything in its place, you know? So when the proliferation of mobile tech in my apartment forced me to rethink my space, I decided to invest in something that would make organizing it a bit less daunting.

Enter Griffin’s PowerDock 5. It’s not likely something that every home will need, but this thing has the potential to be a gadget-lover’s dream. 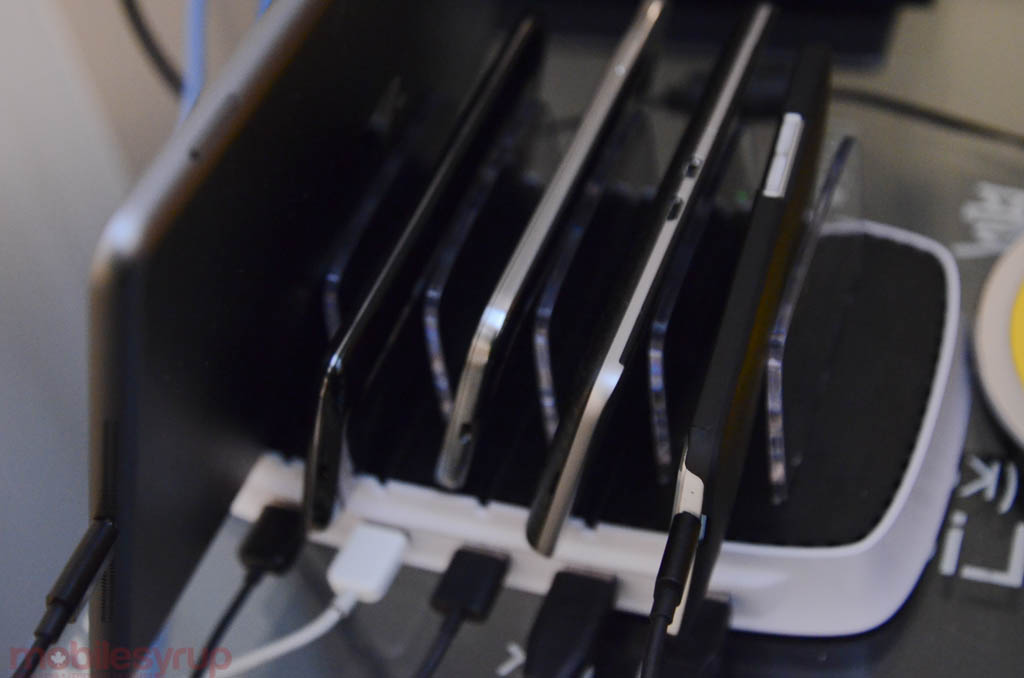 At its core, the PowerDock 5 is a simple USB charger. Taking in a standard 100-240V AC adapter, the contraption outputs 10W in total — specifically, it offers 2.1A per charging port at 5V.

This means that even the most power-hungry tablets, like the new iPad Air, will charge in nearly the same amount of time as when plugged into Apple’s included 12W power adapter.

The PowerDock comes with five plastic separators, which snap into place to contain each device. In practice, it’s possible to fit more than one handset in each region, but since there are only five charging ports, I wouldn’t recommend it. And it had no problems charging any USB-based device I threw at it, from Android phones to tablets, to Windows Phones, to iPhones and iPads.

The build quality is excellent, and there is a rubber base to ensure it doesn’t slide around when handling the merchandise.

At $99.99, the PowerDock 5 is not cheap, but it works as both a home charging station or a communal office companion, where employees or visitors can quickly sneak a charge in during a meeting or in the lunch room.