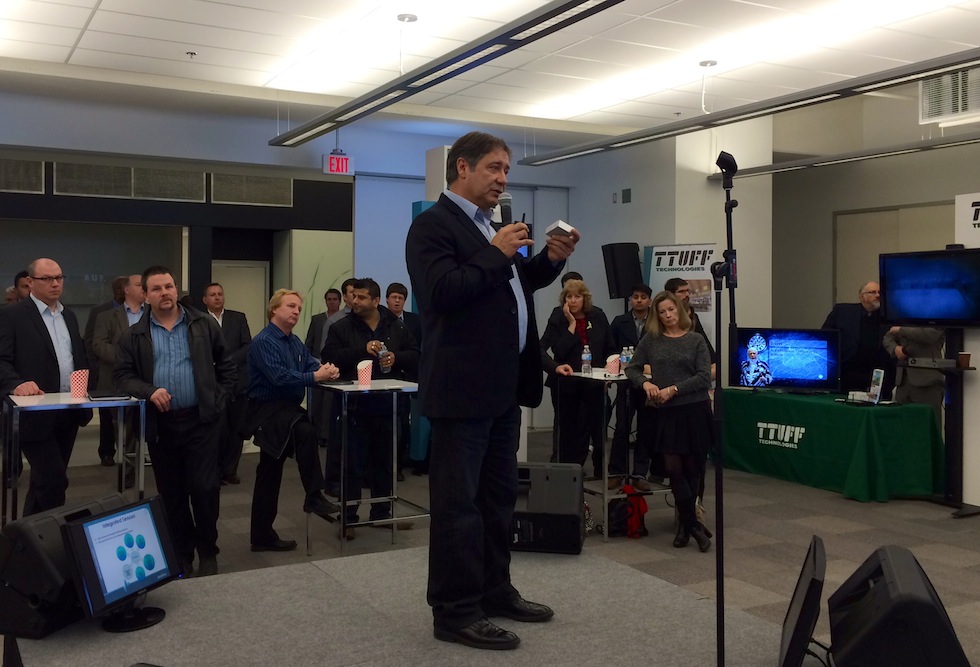 At TELUS’s headquarters in downtown Toronto, surrounded by moustached men in designer suits (welcome to Movember), widescreen panels rotate through slides of promise and profit; the Internet of Everything is here, and Canada’s second-largest carrier is vying for its piece in the nascent industry.

From one million connections today to four million in three years and 40 million in 20 years, there is no one definition of the The Internet of Things. Some refer to it as machine-to-machine communication, others everything-to-everything, the referencing the vexingly limitless potential of companies using ubiquitous cellular networks to coordinate logistics. Obvious examples include efficiencies of transport, using sensors to monitor environmental conditions and movement; Rob Auld, TELUS’s Director of Sales, M2M, gave the example of Walmart connecting its container trucks to its distribution networks and individual stores to ensure bananas would ripen at a particular speed depending on the distance travelled. 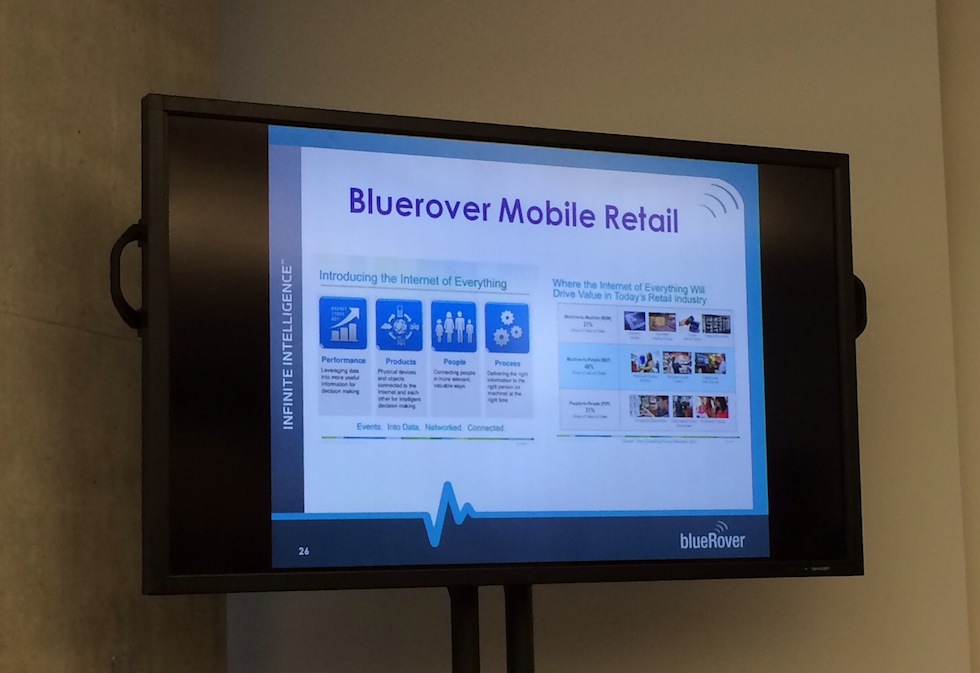 In the consumer market, companies like blueRover, an Ontario-based hardware company building small modular boxes combining cellular and WiFi connections with highly-tuned sensors like barometers, thermometers and GPS, are piloting projects with retailers to use WiFi-based marketing methods in customer-delighting ways. For example, using passive WiFi sniffing — a blueRover rep said that 80% of smartphone users leave their WiFi chips active but idle while in public — a store can more accurately deliver promotions and coupons to your phone on an opt-in basis. In stadiums, the company’s mesh network of routers and sensors can deliver two-way communication between users and the facility, enabling things like area-specific rewards based on the volume of cheers.

And while Auld thinks there is plenty of room for growth in the M2M consumer market, it will be in verticals like healthcare that the effect is seen most readily. Sensor-filled bracelets, for example, can monitor vital signs for those who cannot accurately articulate their ailments — he singles out Alzheimer’s or Parkinson’s patients — and deliver these results in realtime to health professionals who, previously, would have had to rely only on a patient’s current condition and unverifiable anecdotes from caregivers. TELUS intends to become the go-to supplier of private medical records in Canada, and claims to be well on its way with its recent acquisition of Wolf Medical Systems.

It’s not enough for TELUS to merely be a supplier of cellular connectivity in this area, either. Auld points out that the provider is both partner, customer and competitor to many of the companies it works with in the space, and is still figuring out its natural place in the supply chain. Depending on the solution, TELUS, along with other carriers like Rogers and Bell, can either be dumb pipes merely supplying 3G coverage to areas that are otherwise not serviced by wireline or copper, or it can exist along the entire chain, existing on spectrum as both infrastructure provider, application manager and hardware reseller.

As cellular connections become more ubiquitous, and the cost to deploy decreases, Canadian carriers are going to be looking to generate revenue in increasingly diverse ways. M2M and the Internet of Things, as ambiguous as those terms may be, promise to be an increasingly reliable source of cash inflow for TELUS, which in turn plans to use its customer-friendly brand to entice both individual consumers and businesses.