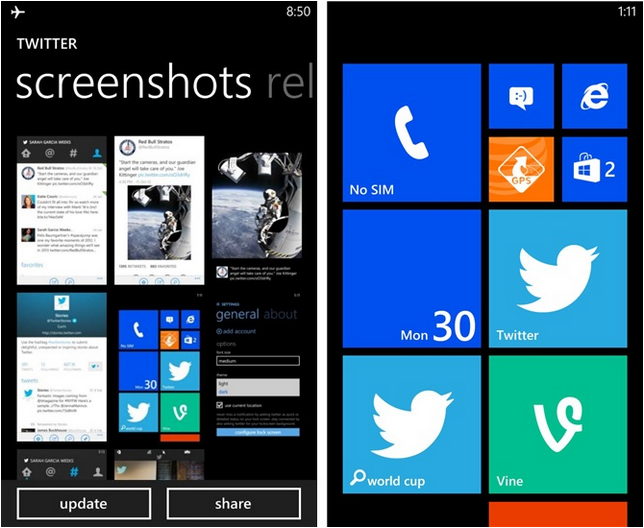 When Nokia officially announced the Lumia 1020 in July they also declared that popular apps such as ‘Vine, Path and Flipboard will soon be available on Windows Phone.’ There was no word on when the apps will become available, but a small – very small – step forward shows a bit of hope for Vine.

Twitter for Windows Phone 8 app was just revamped and updated to version 3.0 and one of the screenshots on the homescreen proudly displayed the Vine app. Unfortunately Twitter has since pulled the image from its blog post… so hopefully this means the app is en route.

The Twitter-owned app provides users with the ability to capture 6-second videos and instantly share them via various social networks. In the meantime of Vine coming to Windows Phone 8, 3rd party developers such as Rudy Huyn have successfully created the 6Sec app and have grown in popularity.