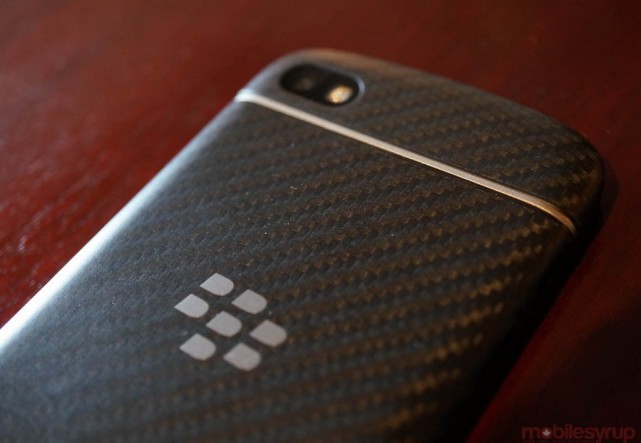 If the Wall Street Journal’s “people familiar with the matter” are correct then BlackBerry might have a second, possibly third, offer on the table. A new report today indicates that Private-equity firm Cerberus Capital Management has reportedly ‘expressed interest’ in the Waterloo-based company.

A week ago BlackBerry announced a $4.7 billion bid from Toronto-based Fairfax Financial, but the clause still ‘entitled to go-shop’ for other potential offers. New York-based Cerberus, who apparently specializes in investing in troubled organizations, is nowhere close to closing a deal and ‘is aiming to sign a confidentiality agreement that would allow it to access BlackBerry’s private financial information.’

The WSJ also reports that there’s another ‘distressed-investing firm’ interested in snatching up BlackBerry, but the ‘person familiar with the matter’ didn’t want to disclose the name. In addition, as previously rumoured, BlackBerry co-founder, Mike Lazaridis is considering a bid for the business.

BlackBerry declined to comment on the potential investor, stating “We do not intend to disclose further developments with the respect to the process until we approve a specific transaction or otherwise conclude the review of strategic alternatives.”

Update – October 5th: Another round of big name organizations are reportedly interested in BlackBerry. According to a report in Reuters today, Cisco Systems, Google and SAP are all ‘in talks’ with BlackBerry and considering purchasing the companies assets, specifically its secure server network and patent portfolio.

In addition, the report also notes that BlackBerry ‘has asked for preliminary expressions of interest from potential strategic buyers, which also include Intel Corp and Asian companies LG and Samsung.’ This is particularly interesting as Samsung has repeatedly declared they have no interest in the Waterloo-based company.

Update – October 10th: According to another report today, via Financial Post, the Canada Pension Plan Investment Board is possibly considering throwing a bid into the ring. Canada Pension currently has approximately 1.3 million BlackBerry shares.

Mark Wiseman, CEO of the CPPIB, stated “It would be fair to assume that we would analyze that and try and make a determination as to whether it makes sense on a risk-adjusted basis for us to participate in a financial bid.”

Update – October 23rd: Here’s an interesting twist. According to the Globe and Mail, former Apple CEO John Sculley is reportedly interested in exploring a bid for BlackBerry.

Of course, BlackBerry and Sculley declined to comment, but noted that “The only thing I would say is, I think there’s a lot of future value in BlackBerry, but without experienced people who have run this type of business, and without a strategic plan, it would be really challenging… Whoever buys it would have to have a strategic plan that was credible and could succeed, and they would want to have an experienced team that would be able to implement that plan.”

Typo 2 iPhone keyboard case continues to have an essence of BlackBerry, now up for pre-order