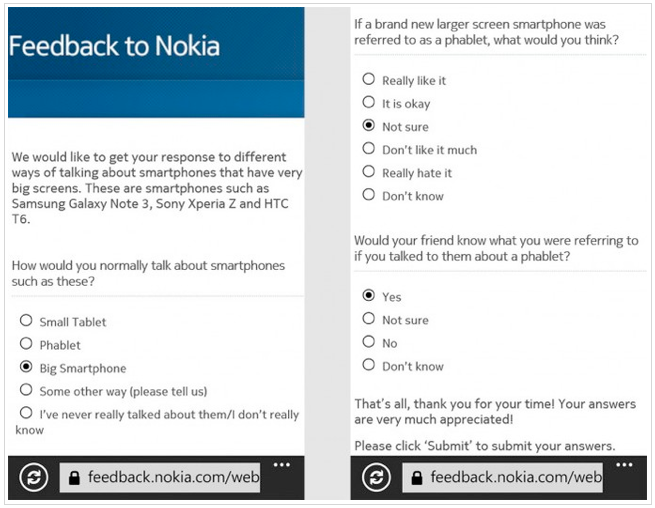 Nokia is interested in finding out what people think of ‘smartphones that have very big screens.’ In a random survey, Nokia looks to be preparing itself to officially launch the heavily leaked 6-inch Nokia 1520, but needs feedback about the perception of the ‘phablet’ – which is a cross between a larger sized smartphone and a smaller tablet.

The survey notes the Samsung Galaxy Note 3, Sony Xperia Z and the unannounced HTC T6 (One Max). Asking questions such as “If a brand new smartphone was referred to as a ‘phablet’ what would you think?’ Or, “Would your friend know what you were referring to if you talked to them about a phablet?”. Nokia clearly wants to make sure they are taking the appropriate steps to market their next device correctly.

Nokia Canada looking for an “All-Access Correspondent,” free Lumia 920 up for grabs