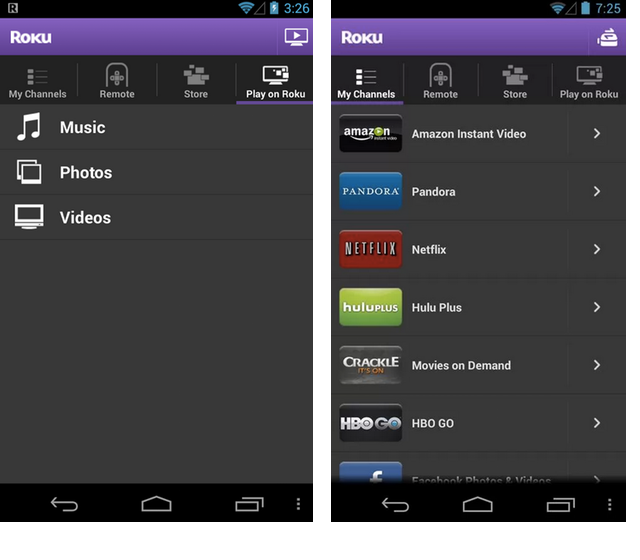 Roku just launched the third generation of its set-top box in the Canadian market, and potential buyers of the $109 set-top box have another reason to pick one up. In addition to Netflix, Rdio and many other services, Android users can now use the companion app to stream on-device audio, photos and, from the most recent update, video.

The new feature allows videos captured on the device, along with correctly-encoded external content, to be streamed wirelessly through a home network to a Roku-connected television. Picture AirPlay but for Android devices. Unfortunately the functionality is in-app only, so you won’t be able to hook into any old streaming app, but Roku itself offers a lot of on-board services to make up for it.

Roku’s iOS app could already broadcast on-device music, photos and video, so this Android update completes the circle. At this point, video streaming is officially limited to the Samsung Galaxy S3, Galaxy S4, Nexus 4, HTC One, and OG Nexus 7, but according to Android Police, the app only requires Android 4.0 and will work on most newer devices.