Hands-on with the TELUS BlackBerry Q5 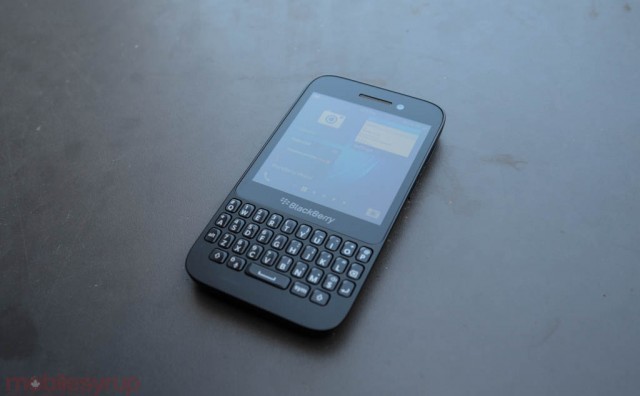 The BlackBerry Q5 is coming to Canada for around $350, and we recently had a chance to play with a production model that will be coming to TELUS (though none of them have carrier branding).

Considering the Q5 is half the price of the Q10, the phone offers tons of value to someone looking for an entry-level smartphone with a hardware keyboard. Indeed, the device impressed us quite a bit, thanks to its high-resolution display, improved (over the Curve series) chiclet keyboard and brisk performance. 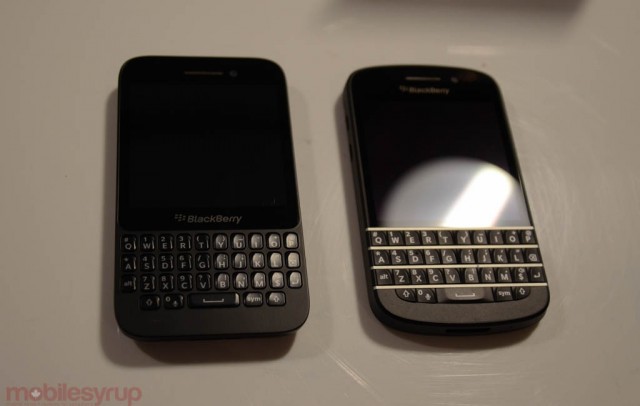 As you can tell, the Q5 is slightly narrower and quite a bit taller than the Q10, and lacks the premium metal build of its more expensive counterpart. It also has a completely different keyboard style which, while an improvement over the Curve series, is no match for the smooth, effortless frets of the Bold-like Q10. 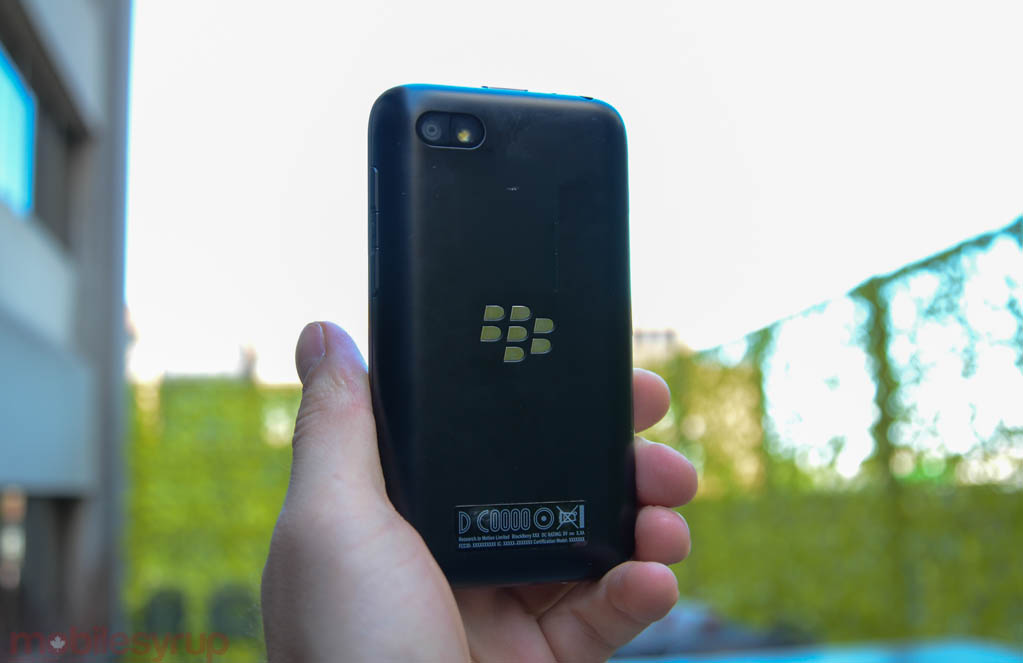 The other major change to the Q5 is a curved, non-removable back cover. That’s right, the Q5 has an embedded battery that, while keeping the phone slim, does not help power users who may want to keep an extra battery or two on hand. That being said, the 2180mAh battery is actually larger than the Q10’s, so there shouldn’t be any problems going a full day on a charge.

The SIM and microSD slots are now accessed by pulling a small tab on the side of the phone. That the Q5 comes with just 8GB of internal storage will likely necessitate the use of a storage card. 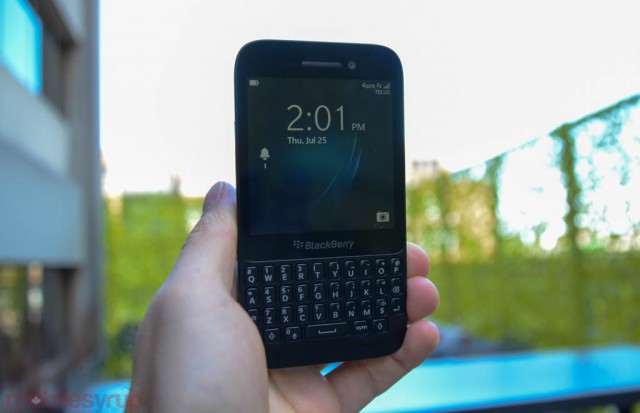 Other than those small differences — and the 5MP rear shooter — the BlackBerry Q5 will run virtually identically to the Q10. It has a 1.2Ghz dual-core Snapdragon S4 processor, 2GB of RAM, LTE capabilities and a 720×720 pixel screen that, while lacking the viewing angles and colour density of its Q10 counterpart, is incredible sharp and responsive.

The BlackBerry Q5 will ship with BlackBerry 10.1, which improves performance and adds some much-needed features over the shipping version. The app situation has also improved in recent months, with excellent advances made to the Twitter, Facebook, LinkedIn and Foursquare apps, along with entries from Skype, theScore, NYTimes, CBC, Air Canada and other content partners.

Look for the BlackBerry Q5 to ship in mid-August, and we’ll have a full review then. 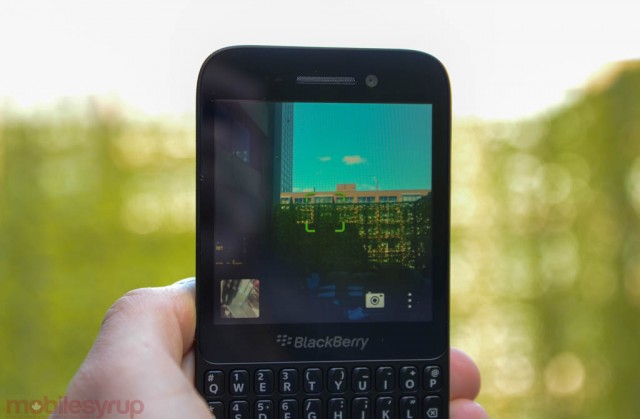 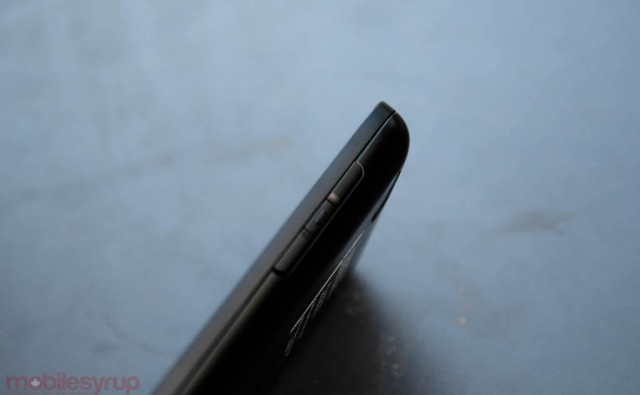 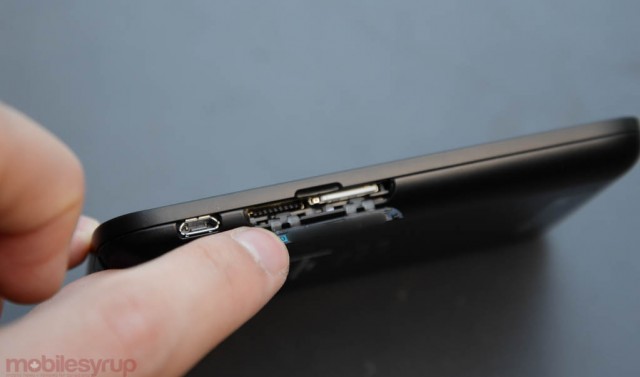