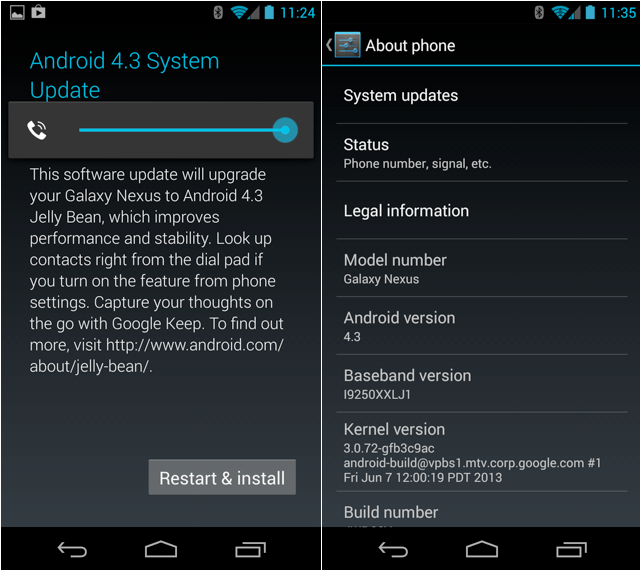 Android 4.3 has just been announced alongside the refreshed Nexus 7, and while it isn’t a significant outward change to the world’s most popular mobile operating system, it brings a number of incremental changes that will please users.

One of the most important changes is the implementation of Bluetooth Smart, also known as Bluetooth Low Energy. This allows wearable devices, such as the Fitbit Flex, to take advantage of remote, low-power background updates; until now, accessory makers had to work directly with manufacturers to implement the Bluetooth LE stack.

Google has also added Bluetooth AVRCP support, so devices like the new Nexus 7 can stream track information to car dashboards that support it.

Improvements to graphics on Android 4.3 include support for OpenGL 3.0, which takes advantage of the new Unity 4.2 engine the company just announced. Android gaming is a quickly-growing segment of Google’s brand, and easier cross-platform implementation means higher-quality games will come to Android sooner.

Google has also made changes to the way user profiles work, adding restricted profiles (think Guest Mode) alongside a faster way to switch between accounts. Background WiFi location means that, even if WiFi  is turned off, a device can use the device’s location to better orient itself in the world, especially when a GPS signal is not available.

For phones, dialler pad autocomplete means that T9 has returned to the smartphone, and improved DRM APIs give developers better tools to protect their apps against piracy. The update to Android 4.3 will be rolling out starting today to the Nexus 4, Nexus 7, Nexus 10 and Galaxy Nexus.

Update: We’ve been receiving several tips today that Android 4.3 has finally arrived for various Nexus owners in Canada OTA, specifically the Galaxy Nexus, Nexus 4 and Nexus 7. Make sure you check your device to see if it’s available for you download.

(Thanks Jeff, Armando, Jon and David!)