If you’re a Nokia Lumia 620, 820 or 920 owner, you’re more than well aware that the company providers an excellent free mapping and navigation solution called HERE Drive+.

In a release today, the company announced that it is bringing that same functionality to non-Nokia devices, as well as entry-level Lumias like the 520, with a paid version of Drive+ that will cost 15.49€, or around $21 CAN.

In addition to the paid app rollout, Nokia is updating HERE Drive, Drive+ and Transit, its standalone public transit app, with some new features.

Two new sections of HERE Drive, My Commute and and Traffic Info, aim to give drivers more robust access to traffic conditions and estimated travel times based on commonly-travelled roads. If the app detects that your regular route is clogged and will take longer than usual, it will advise you of a few alternate ways to get to work, get home, or wherever else you may be headed.

HERE Transit is poised to get a redesign in its latest update, “taking advantage of the Windows Phone interface,” according to a Nokia representative.

If you’re unsure of where you stand in terms of receiving HERE Drive+ for free or whether you have to pay, Nokia has included a handy chart. 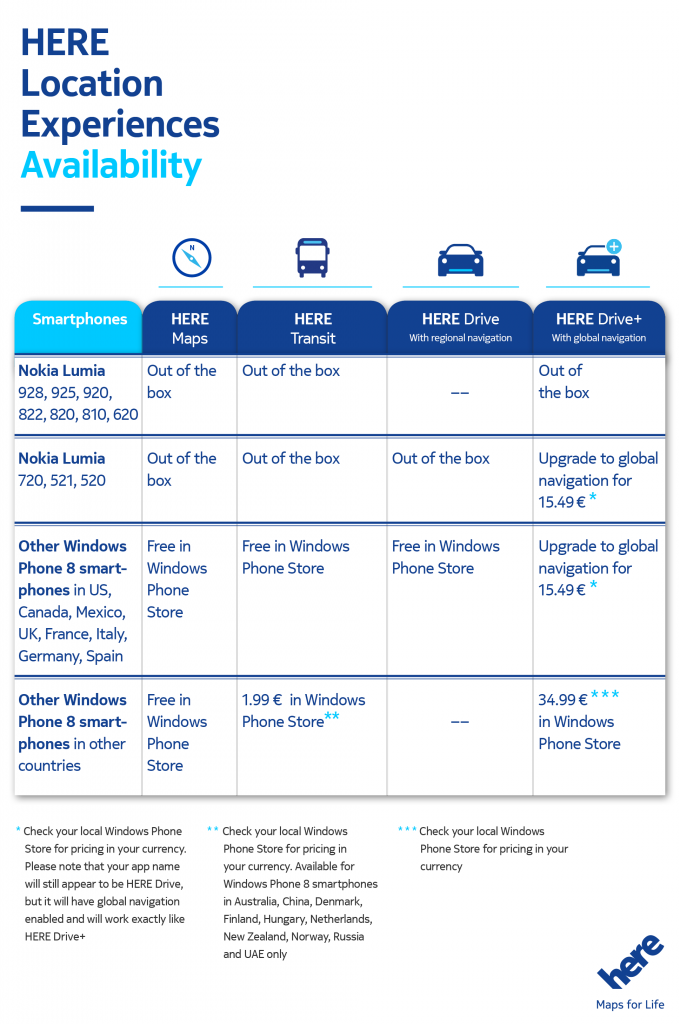 The main difference between HERE Drive and Drive+ is localized versus global navigation — in our case, preloaded Canadian maps vs. international ones — as well as offline navigation capabilities.