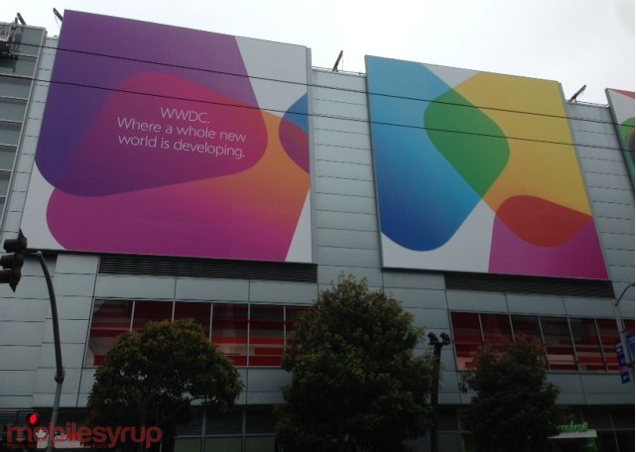 Apple has just sent out a press release informing the masses that they’ll be live streaming the WWDC today. The revolutionary event will start at 1PM EST (10:00 PDT) and can be experienced via Apple TV or online. Apple notes that “Live Streaming video requires Safari 4 or later on Mac OS X v10.6 or later; Safari on iOS 4.2 or later. Streaming via Apple TV requires second- or third-generation Apple TV with software 5.0.2 or later.”

We’ll be seeing Tim Cook and Jony Ive talk about the new, flatter, iOS 7. Finally, the presser reminded us that “Apple has reinvented the mobile phone with its revolutionary iPhone and App Store, and is defining the future of mobile media and computing devices with iPad.”

Go forth here at Apple