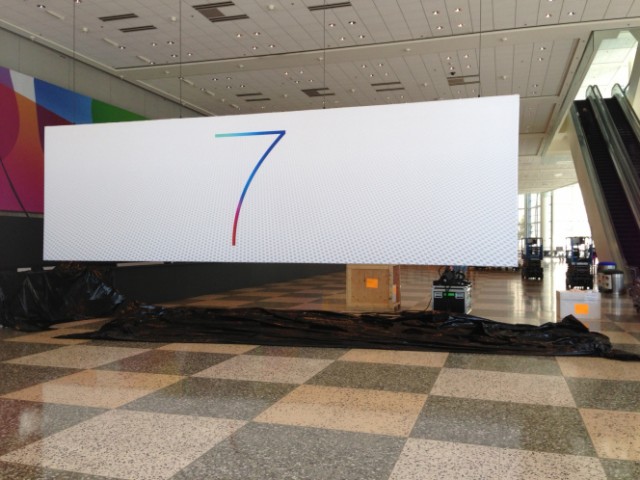 Banners have been going up outside Moscone Center in San Francisco this week and the latest is a simplistic design showing the number 7, which basically confirms that we’ll see Apple finally unveil iOS 7. Other banners stated that WWDC is “where a whole new world is developing.”

Jony Ive, Apple’s SVP of Industrial Design, is the man behind the new foray into iOS 7. This has been rumoured to be “black, white, and flat all over.” We’ll bring you all the details as WWDC 2013 unfolds.