Google will sell an unlocked, LTE-compatible Samsung Galaxy S4 with stock Android 4.2.2 in June… only in the U.S. 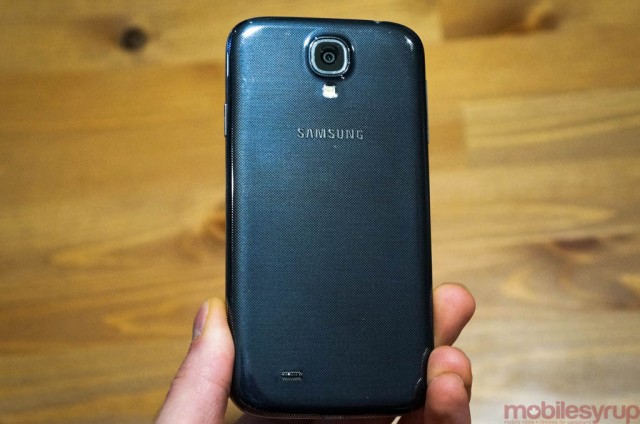 On stage during the Google I/O kickoff keynote address, Hugo Barra, VP of Android Engineering, deflected our expectant stares. “This is not a device giveaway,” he stated, before launching into a product announcement that few were expecting.

A Samsung Galaxy S4 running stock Android 4.2.2, SIM- and bootloader-unlocked, with pentaband 3G and dual-LTE support was probably unthinkable a few days ago. One of the most “bloated” devices by definition — the carrier-sold S4 has just over half of its 16GB storage available out of the box — Samsung’s acquiescence in building a pseudo-Nexus device was probably done as a favour to Google.

While it will be sold exclusively on Google Play starting June 26th for a tidy $649 sum, the emergence of an unofficial Nexus built around the same hardware as the world’s most popular Android phone bodes well for the future of stock Android as a product. Because it will only appeal to a small number of users — those who are willing to eat a price tag double that of the still-excellent Nexus 4 and need it to be running stock Android — this is likely not going to set the market on its head. But for those few who really want a Nexus-like device on the latest and greatest hardware, this is for you.

Even better is that the Galaxy S4 sold through Google Play will also receive updates directly from Google. This is one of the Nexus line’s best features, and it cannot be overstated how important this is to the developer community. It’s possible to emulate this experience by loading CyanogenMOD on to the Galaxy S4, but a carrier-branded update always needs to be vetted through its network overlords.

The existence, in an official capacity, of such a Galaxy S4 also raises the question as to whether you’re buying the device for its hardware — screen, speed, removable battery, etc. — or if the many “value-add” S-Apps are enticing to consumers on their own. The only thing I’d really miss about TouchWIZ is the excellent camera features, to which stock Android 4.2.2 doesn’t come close.

Unfortunately, the unlocked Galaxy S4 will only be available through the Play Store in the U.S., but it shouldn’t be hard to get a friend or family member to purchase it. Unlike AT&T, however, to whose customers this device is ostensibly being marketed, Canadian carriers did not lock their GS4’s bootloaders, so it’s possible to load custom software, including stock Android, with little difficulty.

The significance of this development is not in the fact that the phone is better in any way than the one sold by carriers, but rather that Google has expanded the potential reach of stock Android beyond just the Nexus line. If this device is added to AOSP like the Nexus 4, it should also help developers create more stable custom ROMs using the Snapdragon 600 SoC as a reference.