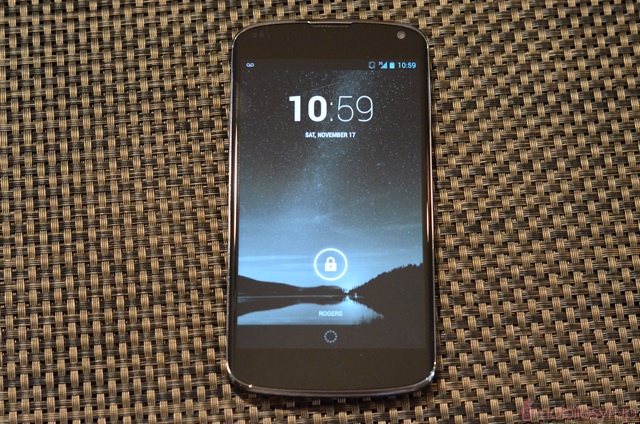 Despite the title, this is not a redaction of my review. The Nexus 4 wholeheartedly deserves the accolades it has received, and even before we discovered it was LTE-compatible for Canadians. Rather, this article will endeavour to shed light on a couple of issues I’ve experienced with the phone since the review was published, and to serve as a cautionary tale for those looking to purchase a Nexus 4 when it becomes available again in the next few weeks.

First, the good news. On launch day I ordered two 8GB Nexus 4’s, receiving one less than a week later. The other one — the one that Google warned would be delayed by up to three weeks — was delivered today, only 16 days after the device went on sale. While Google certainly underestimated demand for the phone, it speaks volumes that the company was able to mobilize what stock it had and deliver it sooner than expected. That, or they wanted to set extremely low expectations for backordered deliveries so buyers would appreciate an “early late” shipping date.

Now that I’ve had the device in my hands for nearly two weeks, there are a couple of things I’d like to make clear. For starters, I’d hesitate to recommend the 8GB version. Saving $50 is not worth the hassle. With no expandable storage the 8GB Nexus 4 has only 5GB of usable space out of the box. I justified to myself the purchase by saying that I no longer store MP3s on my device, nor do I download massive games or watch offline movies. Nevertheless, I found that after a week or so I was left with under a gigabyte to work with, not from anything in particular but a steady buildup of cruft. Android devices get filled from various app caches, backed-up files, photos, videos and, yes, downloads. Unless you’re going to be vigilant about purging excess and unneeded files, 8GB will not be enough for you. Trust me.

The Nexus 4 also suffers from screen sensitivity issues. More specifically, some devices require users to exert more pressure than normal on the screen to perform common tasks. I immediately noticed this when typing on my 8GB Nexus 4 for the first time. My review unit, which was a 16GB model, experienced no such issues. 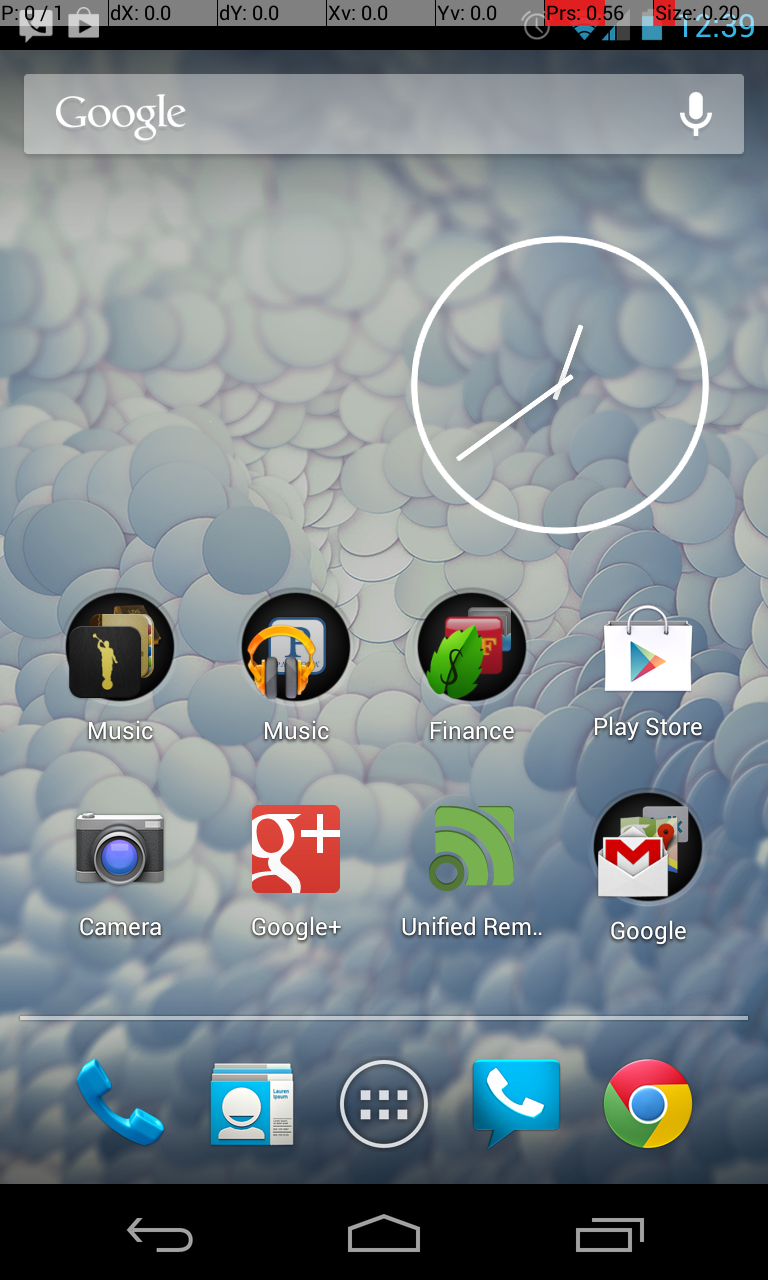 I immediately thought this was a hardware defect, so as any diligent tech geek would, I searched XDA Developers. Lo and behold, there are dozens of posts from users citing the same issue; the Nexus 4 screen has a sensitivity problem. But subjective observation is one thing; I wanted empirical evidence. I achieved this by going into Settings/Developer Options and turning on a setting called “Show Pointer Touches” and checking the value at the top of the screen associated with “Prs”. Normal Android devices such as my Galaxy S III register touches as light as 0.12. The minimum I can achieve on the Nexus 4 is 0.48. Sliding my finger across the screen allows it to drop as low as 0.26, but on the Galaxy S III I can register under 0.10.

The issue has already been registered with Android’s Bug Tracker, and I’m surprised it hasn’t received more attention. This is a deal-breaker for me, and will be for many users. The question whether the issue is hardware- or software-related is not yet clear. A consensus is growing around the watercooler that the problem is, in fact, software-related and will be fixed by Google in an update, but I’ll believe it when I see it. Until then, be wary of the Nexus 4 if you’re a speed typer; you’re going to have to press down a lot harder — or get used to pressing the backspace key — to achieve the same results as before. Update: This is in fact a software issue and has been temporarily corrected by downgrading the touchscreen firmware. Hopefully Google issues an official update sooner than later.

I’ve been asked more times about LTE on the Nexus 4 than I can count, so let’s talk about it. Now, we know that LTE is not officially supported by Google or LG, I suspect someone just didn’t explicitly disable the function when compiling Android 4.2 for the device. What this means is that Google could easily disable the LTE/GSM toggle in the Phone Information menu in a future update, rendering the discovery moot unless you’re willing to stay on an older version. So is it worth using?

Honestly, I wouldn’t bother. Using LTE on the Nexus 4 has been an exercise in frustration. Even on HSPA+ the Nexus 4 does not exhibit great battery life. Indeed, I rarely get to 5pm without having to top up my phone for an hour to ensure it will last until bed time. With LTE enabled, the situation is much, much worse. I have found my phone at under 50% battery less than three hours after taking it off the charger in the morning. If that means I’m out of bed by 7:30 the phone, if used “normally”, will be close to dead by lunch. There are likely a couple reasons for this: first, the Nexus 4 was never meant to run on LTE networks, and the software has not been optimized for it; and the device doesn’t have great antenna performance, so it constantly has to boost its amplifier to the highest levels to maintain a connection to the tower.

Considering every network in Canada offers excellent HSPA+ service, I’d recommend keeping away from LTE on the Nexus 4 unless you want to play “Where’s the charger?” all day, every day. The other bother related to LTE is that the phone resets itself back to HSPA+ when restarted; app developers can tweak the software to ensure that it sticks to LTE upon reboot, but those running the stock Android 4.2.1 experience will constantly have to re-toggle it. This may seem like a minor inconvenience — and it is — but it’s not worth doing. Not to me, anyway.

Lastly, Android 4.2 has bugs. Google must have made more changes to the framework than we realized, because many apps that ran without issue on Android 4.1 either have performance issues or just won’t run at all. There are some delightful additions to the OS — lockscreen widgets; Photo Sphere; the gliding keyboard; quick settings — but all of them either feel incomplete or superfluous. They’re neat features, but don’t have the same impact as, say, Project Butter, which improved performance across the OS.

I do love the Nexus 4. I think it’s the best Android phone currently available, despite its flaws. But there are a few caveats one must take into account before purchasing the device. At $359, the 16GB version is great value and should not be overlooked. But just because it’s a Nexus doesn’t mean it’s the right phone for you.