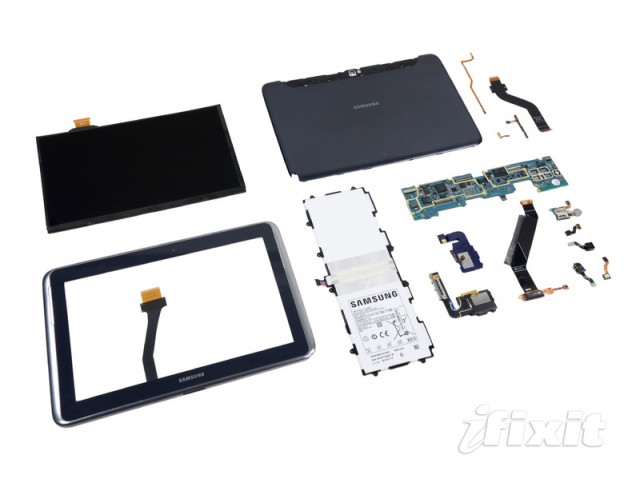 The Samsung Galaxy Note 10.1 is coming soon to Canada, and unlike the new iPad it is getting high marks in terms of repairability.

Scoring an 8 out of 10 (10 being the easiest to repair) the Note 10.1 may not be the thinnest or lightest tablet on the market, but is notably more portable than the new iPad despite its slightly larger LCD screen. The battery, however, is only rated for seven hours of uptime due to its 7000mAh cell, rated 25.9 watt-hours at 3.7v.

Much of the Note’s internal hardware is held down by screws or ribbons, and lacks the soldering method meant to keep DIYers at bay. iFixit praised the fact that the LCD and front glass can be replaced separately, but the team found that some of the inner frame was held down with too much adhesive tape.

For the entire picture-happy teardown of the Galaxy Note 10.1, head on over to iFixit.
Via: PhoneArena