Hands-on with the Nexus 7 Tablet (Video) 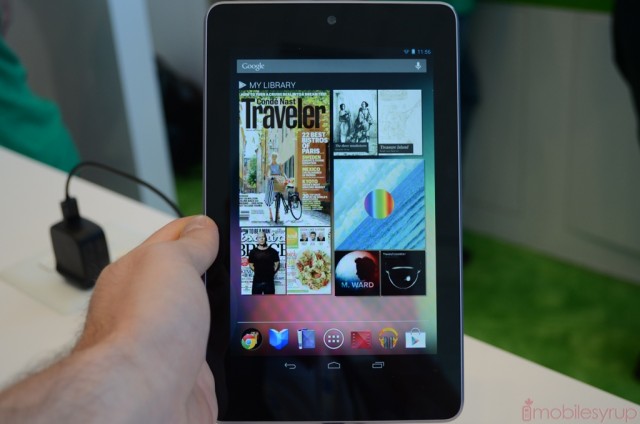 Here’s a quick hands-on demo with the brand new Tegra 3-powered Nexus 7 tablet. It may not change the world, but it puts Google in a great position to take on the Kindle Fire and other low-cost tablets and man, oh man, is it faster than any $200 tablet released previously.

The 1280×800 resolution display looks amazing — it seems that Asus did not skimp on quality components to get the price to $199 USD, but for us Canadians it will be $209 (8GB version). The lack of a back camera doesn’t bother us either — why use a camera on a tablet unless you’re video conferencing? — and the ergonomics are excellent.

We saw the new Magazines hub, as well as the updated Google Play Movies with movie and television show purchases (no longer just rentals) which is going to be huge for a lot of people. The overall performance of the new Nexus 7 is astounding — Jellybean may look the same as Ice Cream Sandwich but underneath it is the equivalent of going from Froyo to Gingerbread. We’re looking at OS-wide GPU acceleration at 60fps… no more slowdown, period.

The device will appeal to content consumers — the same ones who purchased low-cost 7-inch tablets like the Kindle Fire and Kobo Vox in droves — but right from the get-go you can tell Google added something pretty special here. They’re augmenting their television, video, music and reading offerings, and providing some pretty special functionality with Google Maps and Google+ right inside Jellybean.

And the potential for Google Now is fantastic, as the Knowledge Graph is something we’ve been following very closely since its announcement.

Check after the break for a hands-on video and some photos from the event. We’ll have an in-depth video coming shortly. 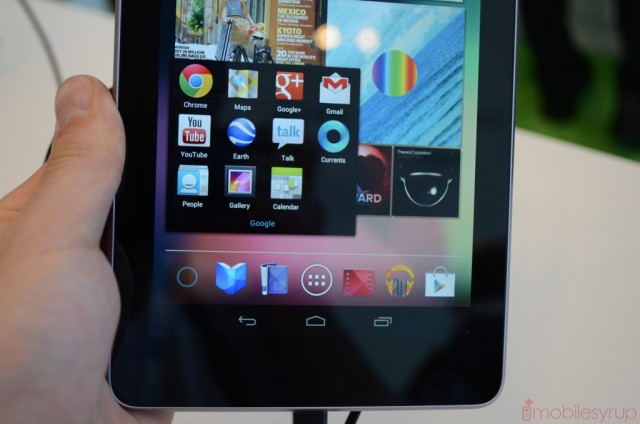 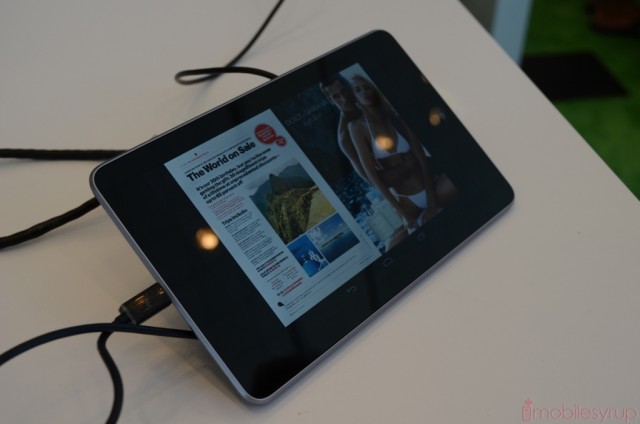 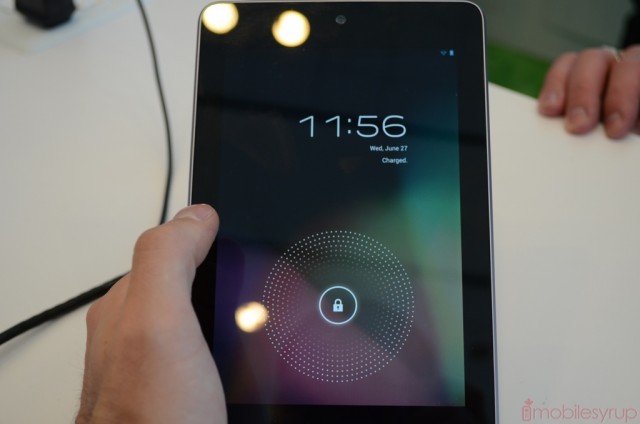 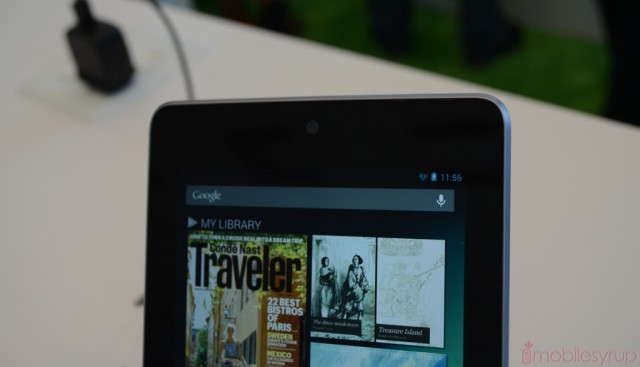