HTC One X with Snapdragon S4 benchmarked before potential May release 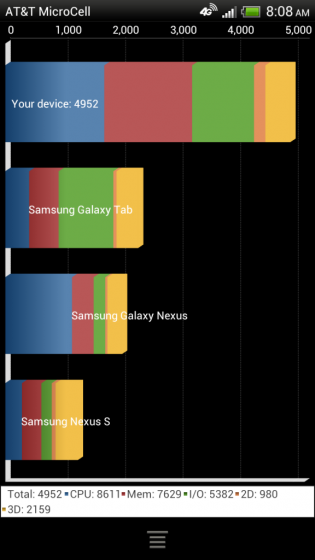 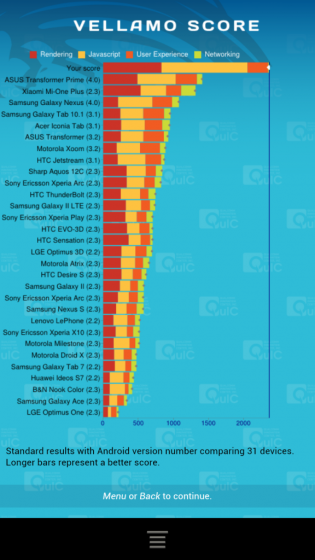 The HTC One X is nearing its Canadian launch, but in the meantime we are eagerly awaiting some preliminary benchmarks from the dual-core Snapdragon S4 chipset.

An AT&T employee from the Android Central forums has a pre-release version of the One X, and some of the benchmarks are simply astounding. Compared to a new Galaxy Nexus with a score of around 2600, the One X earns 4952.

Vellamo, too, earns some incredible scores: nearly 2500, compared to the closest Tegra 3 competitor of under 1500.

As we wrote about previously, the North American HTC One X is getting a dual-core Snapdragon S4 processor; international versions are going to be equipped with a quad-core Tegra 3. While on paper the Tegra part sounds better, in reality Qualcomm’s 28nm manufacturing process produces the best scores we’ve ever seen.

Suffice it to say, we can’t wait to review this device when it comes to Canada. The AT&T employee is predicting a May release, but it could be sooner or later in Canada.