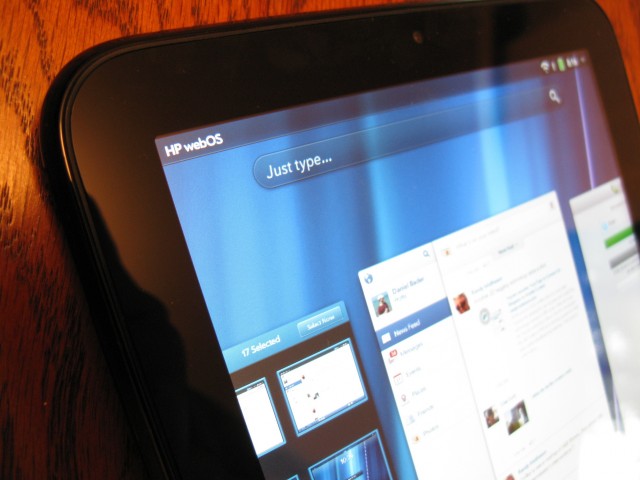 HP announced it was going to open-source webOS at some point in the future, but no specific mention was made as to when the tools, and the finished product, would be available. Though we don’t have the former just yet, the company is releasing the Enyo 2.0 application framework for developers to seamlessly create tablet and phone apps.

Another interesting announcement is that webOS is moving to a Linux-based kernel, obviously to entice existing manufacturers familiar with the Android kernel to build devices on HP’s now-free OS. When the finished product is released in September, it will be under the Apache 2.0 licensing scheme, which “provides a legal framework that balances open innovation and a dependable user experience, which is consistent with HP’s vision for webOS.”

Between now and Open webOS’ September release, HP has outlined a number of tools and milestones it plans to reach. Next month will bring Qt WebKit extensions and Javascript core, while March will bring the Linux kernel source and graphics extensions for the framework.

Read the full PR after the break. For more information, hit up webOS Developer

The company aims to complete this milestone in its entirety by September.

HP also announced it is releasing version 2.0 of webOS’s innovative developer tool, Enyo. Enyo 2.0 enables developers to write a single application that works across mobile devices and desktop web browsers, from the webOS, iOS and Android platforms to the Internet Explorer and Firefox browsers – and more. The source code for Enyo is available today, giving the open source community immediate access to the acclaimed application framework for webOS.
By contributing webOS to the open source community, HP unleashes the creativity of hardware and software developers to build a new generation of applications and devices.

“HP is bringing the innovation of the webOS platform to the open source community,” said Bill Veghte, executive vice president and chief strategy officer, HP. “This is a decisive step toward meeting our goal of accelerating the platform’s development and ensuring that its benefits will be delivered to the entire ecosystem of web applications.”

The webOS code will be made available under the Apache License, Version 2.0, beginning with the source code for Enyo.

webOS roadmap
Over the first half of the year, HP will make individual elements of webOS source code available – from core applications like Mail and Calendar to its Linux kernel – until the full code base is contributed to the open source community by September.

Enyo 2.0 and Enyo source code
Enyo 1.0 made it simple to write apps that worked on a variety of webOS form factors. Version 2.0 extends this “write once, run anywhere” capability to a range of other platforms, including mobile and desktop web browsers.

More information about Enyo and the source code is available at http://developer.palm.com/blog.