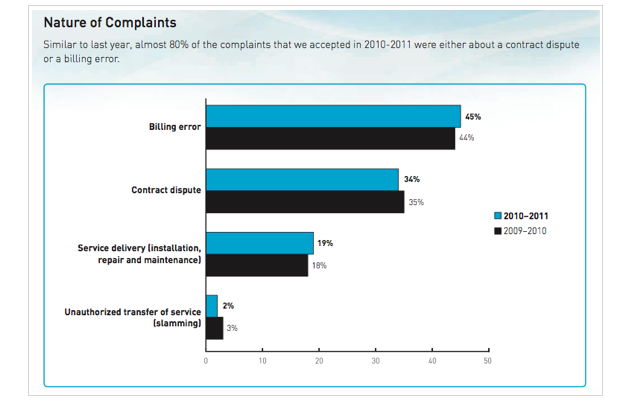 The trend continues this year – wireless complaints have increased and the main culprate is caused by billing errors. The Commissioner for Complaints for Telecommunications (CCTS), an independent yet industry-funded agency, have announced their findings over the past year and released the annual “Restoring Connections” report. This year the total number of telecom related complaints (including home phone, wireless etc.) reached 8,007 consumer complaints, up 114 percent over last year (3,747 complaints). Specifically when it comes to wireless, 62.3% of the total complaints were wireless – so 4,964, which is a massive number. This number is up 10.6% from last year (51.7%). The biggest complaint was about billing errors with 45%, followed by contract disputes at 34%.

Here’s a list of the complaints by service provider, unfortunately the CCTS doesn’t break it down for each service they offer. So companies like Bell, TELUS, Rogers, Videotron, MTS, SaskTel who offer other telecom services are all grouped into one.

Commissioner Howard Maker said “Competition in this sector can bring innovative products, better service and lower costs, but it can also cause confusion in billing, data usage, service, and contracts. This is a trend we have now seen for four years, and it shows no sign of subsiding”. 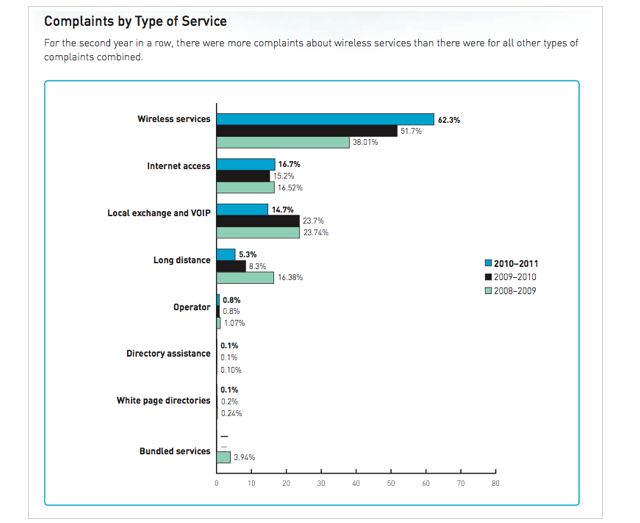