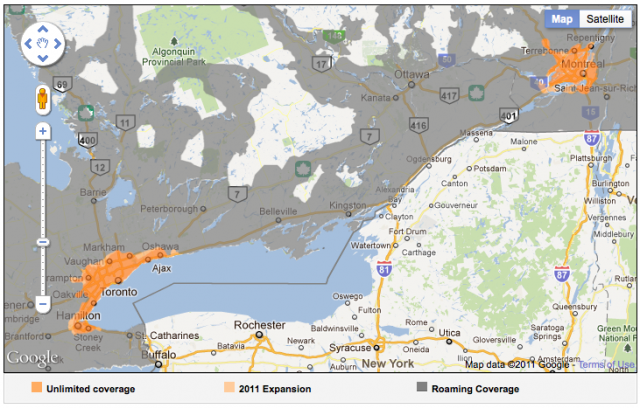 There was once a time that Public Mobile, one of Canada’s newest wireless carriers, phone didn’t work when you stepped out of their coverage area. Customers were not able to make or receive calls or texts. This changed when they signed a roaming agreement with TELUS last year, giving their customers a bit more freedom. Today the company announced that they have once again expanded roaming, now to a whopping 93% of Canadians. In a release Public stated that “The addition of a new roaming partner allows Public Mobile to expand the area in which its customers can use their phones. Eastern Canada will see the biggest expansion in roaming coverage, in addition to complete coverage of the Quebec City to Windsor, Ontario corridor”. We’ve confirmed this new roaming partner is Bell.

Public Mobile roaming rates are cheap, 15-cents a minute to send or receive a call and incoming text messages are free, outgoing texts are 15-cents.