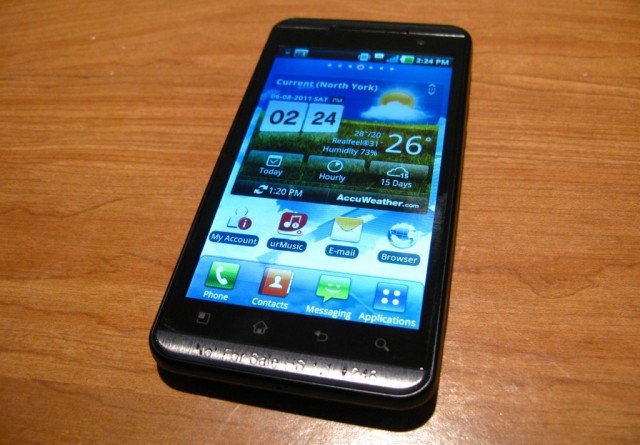 Earlier this year we reviewed the LG Optimus 3D, among Rogers’ first 3D Android offerings, and while we really liked the device no one would say it was a slim device. So when we heard, via Pocket Lint, that the sequel would be roughly 7mm thick, we jumped for joy — virtually.

According to LG’s Dr. Henry Noh (who has an awesome name, we might add) next year’s model will likely be significantly thinner — 7mm or less — and feature better camera sensors than the Optimus 3D, which is equipped with two 5MP shooters that, combined, take 3MP 3D stills.

He also hints that prices for 3D tech will have to be significantly lower than their premium status right now in order to reach the mainstream user market. As it stands, 3D technology on phones is still relegated to the “interesting, but unnecessary” for most consumers, but if the price was lowered to the point where it was the same price or less than the equivalent 2D device, with no size penalty, it would spur sales right along.