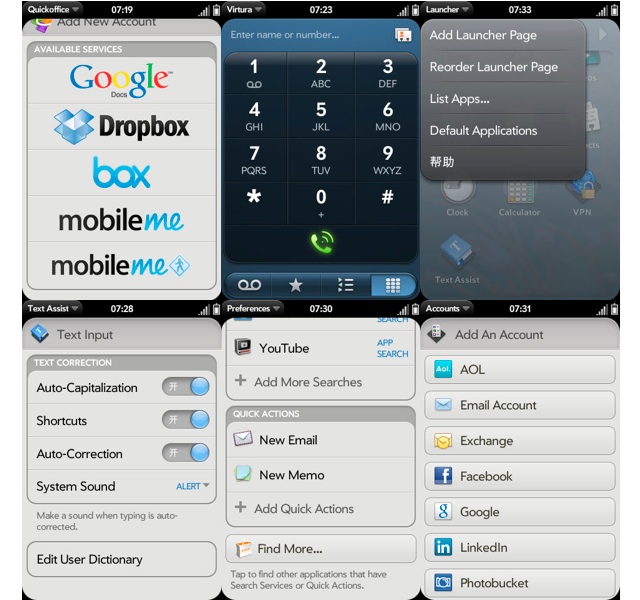 Palm released webOS 2.0 beta last week and teased the general public with a bunch of images. When officially released this new and improved OS will bring some cool features/re-branded names for current apps such as Stacks (Palm’s “next-generation of multi-tasking”), “Just Type” which is a re-branded Universal Search.

However, an onslaught of leaked images have popped up online showing a bit of what we can expect: support to sync to Google, DropBox, Box.net, MobileMe, and VPN (IPSEC and Cisco), additional messaging options that include Skype, LCS, MySpace, and QQ, new dialer with Voicemail, Call Log and Favorites.

In total there are over 20 screenhsots that – if you’re into Palm webOS – are certainly worth a gander. Still nothing official when it comes to a virtual keyboard.

Palm Pre 2 will be “available on the Rodger’s network”