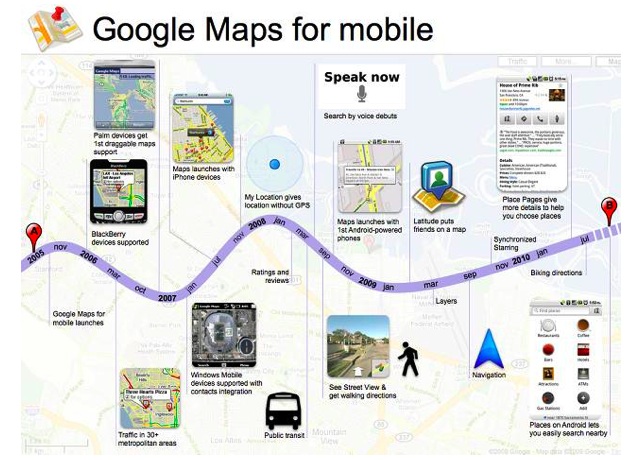 Google recently said that they are seeing over 200,000 Android activations a day which certainly puts their OS on the path to becoming a major force. One of the default apps is Google Maps for Mobile. This is actually the default maps app on many other popular devices too.

Vic Gundotra, Google VP of Engineering, recently wrote on their Mobile Blog that “Almost five years ago, we launched Google Maps for mobile to help you get where you needed to go from your phone instead of a paper map. Today, more than 100 million people a month are now using Google Maps for mobile to get from point A to point B, find nearby places, and more.”. In addition, Gundotra states users are searching for places 3 times as much since the latest version of Android was released.

Google has also created a picture of the last 5 year that gives a timeline of the evolution of Google Maps for mobile.