Without Globalive, in 2014 new entrants will have 7.2 million subscribers 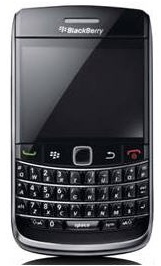 The Convergence Consulting Group created a report back in September called “Canadian Wireless 2007-2014: Assessing the Impact of New Entrants”. The report went into detail of how Videotron, EastLink, Shaw, DAVE Wireless, Globalive and Public Mobile would impact the Canadian wireless landscape over the next 5 years.

In light of last weeks event where the CRTC stated that “Globalive does not meet Canadian ownership rules” which possibly has delayed them from launching their highly anticipated WIND Mobile brand, Convergence has revised their report that omits Globalive entirely. Read on and let us know your thoughts on a world without WIND.

Brahm Eiley, President of The Convergence Consulting Group, said “We are forecasting that by year end 2014 the Incumbents will have 77.5% of the market (in terms of subscribers), Shaw and Videotron will each have approximately 6% respectively, DAVE and Public Mobile will each have approximately 5% respectively, and EastLink 1%. Please note that we are assuming above that Videotron does not enter the Toronto market. It should be noted that Shaw and Videotron’s national market share understates just how significant they will be in Alberta/BC and Quebec in terms of market share, whereas DAVE and Public’s market share overstates as they will be covering much more territory than Shaw and Videotron.”

Other key takeaways from the report are:

– Without Globalive, we forecast Dave and Public will collectively see 900,000 more subscribers, and better financials.

-Despite the impact of new entrants, we forecast by 2014 Rogers will still be Canada’s largest player, followed by Bell and Telus.

-Over the 2010-2014 timeframe, we forecast Bell, Rogers & Telus will gain more consumer wireless subscribers in their traditional residential wireline telephone and cable footprint regions than out-of-region. We believe the wireless market will increasingly regionalize and that in-region bundles, will become even more important.

Read the report here at Convergence