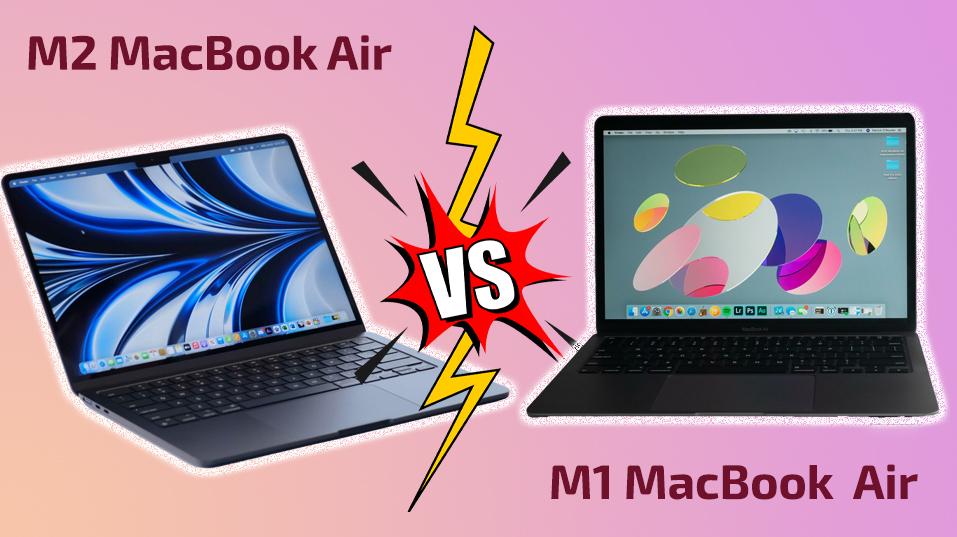 While Apple’s WWDC primarily focuses on new software for the Cupertino, California-based company’s large catalogue of products, it didn’t come as a surprise when Apple unveiled its M2-powered MacBook Air.

Several notable leakers said that they expect Apple to release a new MacBook Air in new colours before the end of the year, and, well, that came true.

The new M2-equipped MacBook Air brings with it some notable changes on the outside and inside. The device won’t be available until next month, so you still have a little time to determine whether you need the new M2-equipped Air or the 2020 M1 Air would suffice.

If you’re a fan of the wedge-shaped look of the 2020-released Air, you’re out of luck. The 2022 Air looks similar to the squared-off design used in the MacBook Pro with rounded edges, and loses the slim look that the old air was synonymous with.

The M2 Air’s display has also received a slight size bump, going from 13.3-inches on the old models to 13.6-inches, whereas the bezels on the M2 Air have been shrunk. Additionally, along with the bigger screen, the M2 Air also boasts a slightly higher resolution, going from 2,560 x 1,600 pixel resolution on the old Air to 2,560 x 1664 on the new model. 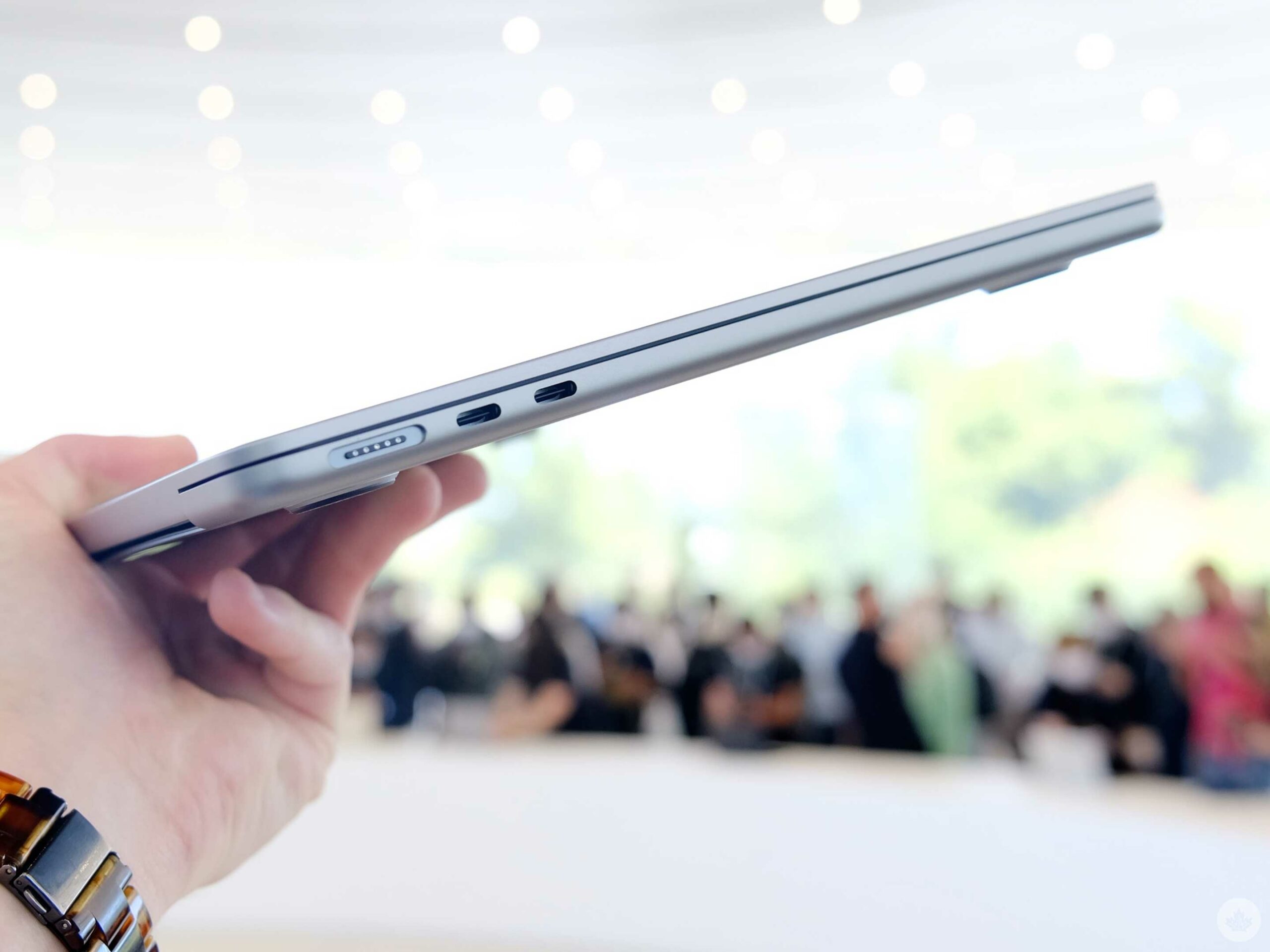 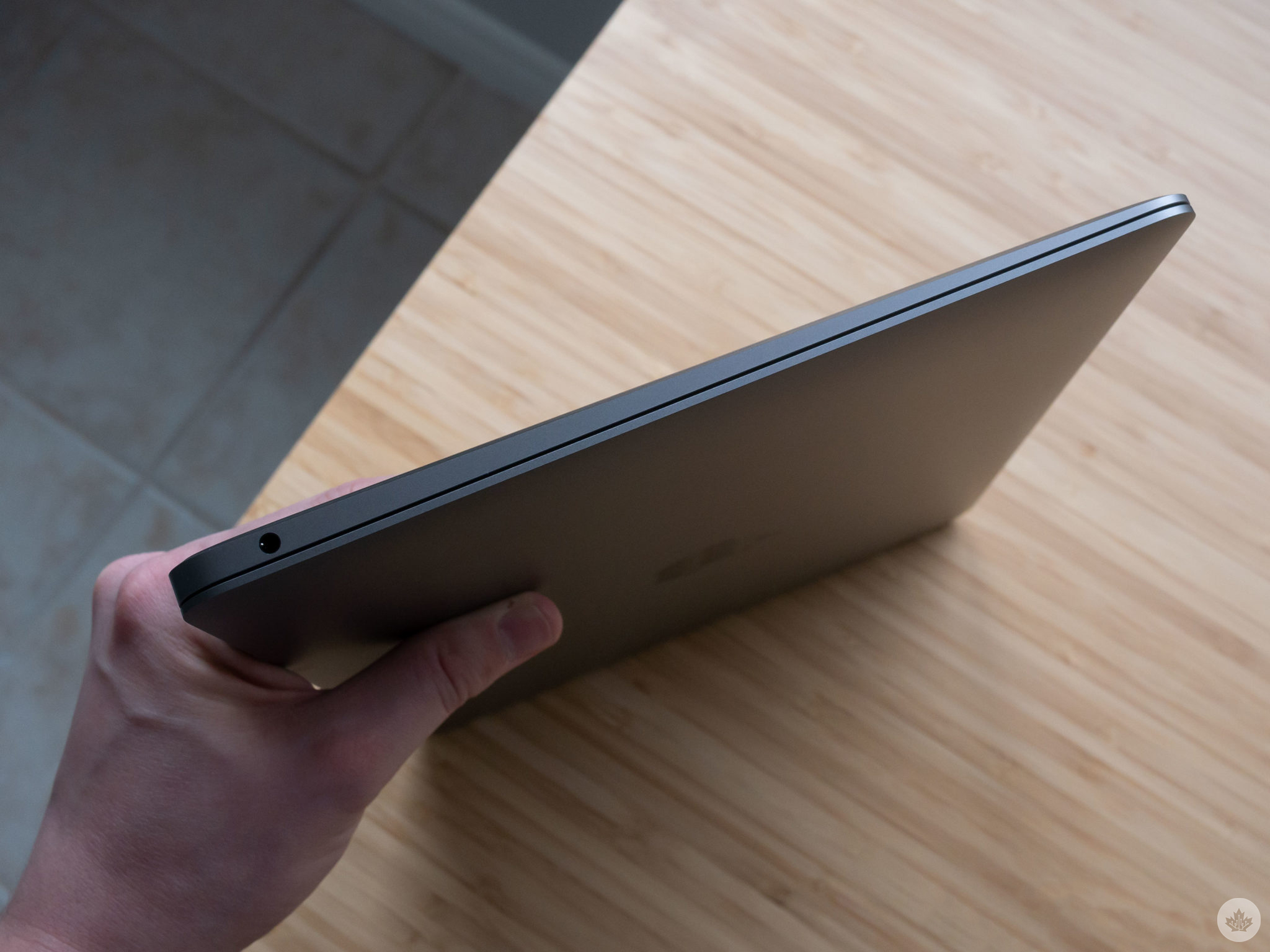 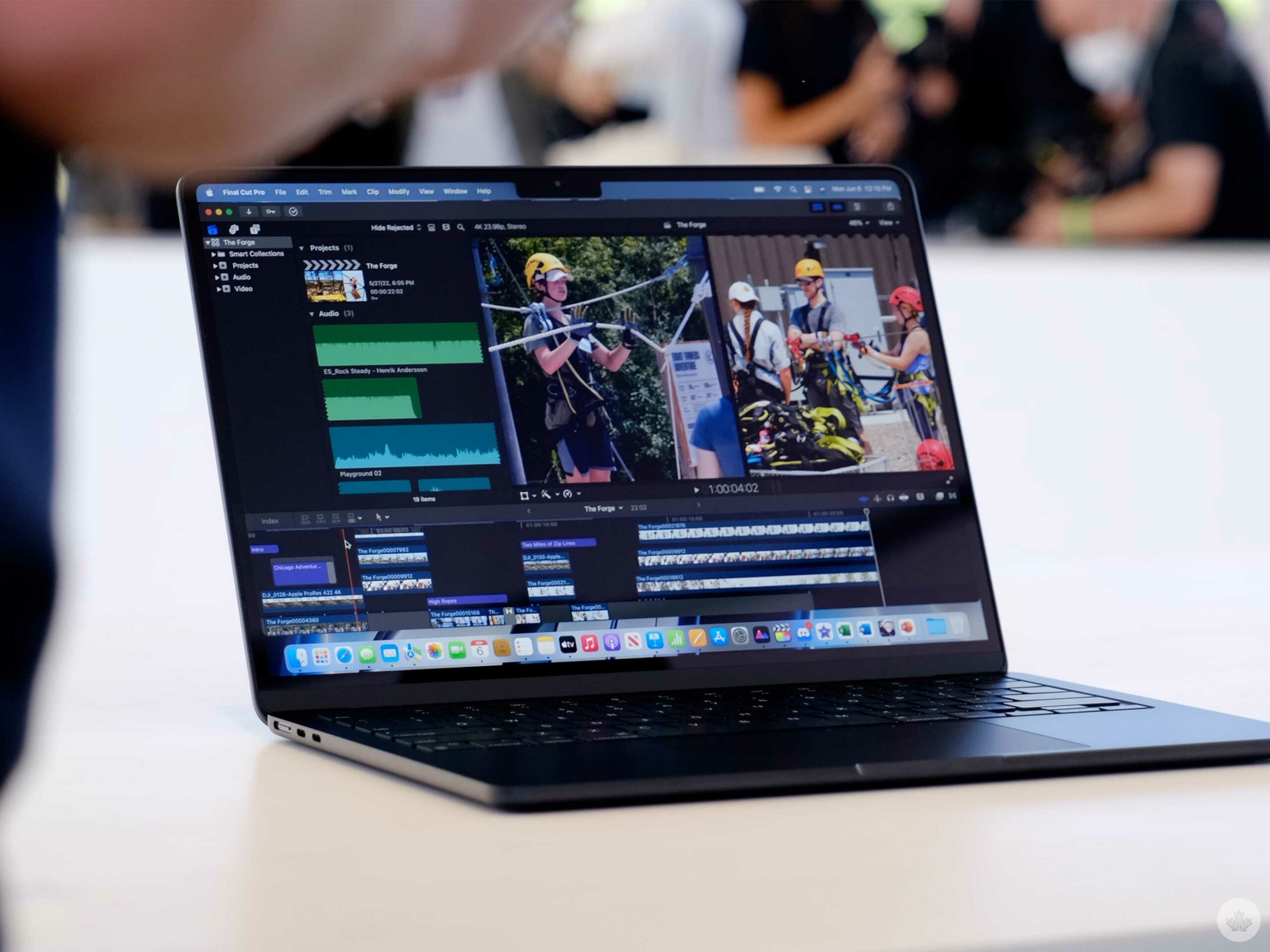 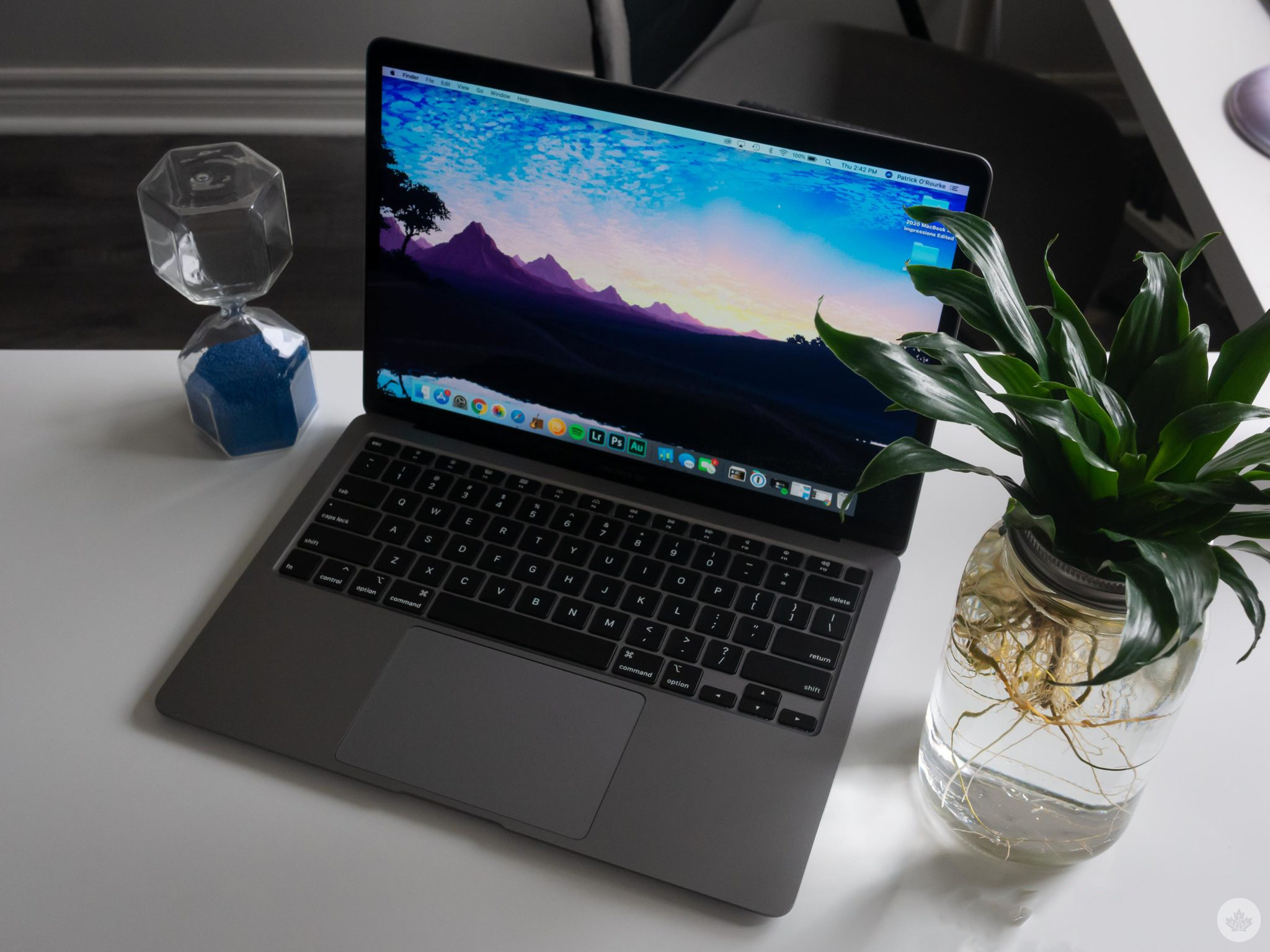 On the weight side of things, both the machines aren’t very different. The new MacBook Air is 2.7lb (roughly 1.2kg), which only puts it at 0.1lb more than its predecessor.

While the subtle changes on the outside make a difference, the changes made on the inside make the M2 Air a laptop worth getting. While we haven’t been able to get our hands on the new Air yet, MobileSyrup staff reporter Bradley Bennett was able to go hands-on with the M2 variant at WWDC 2022. According to Bennett and the specifications provided by Apple, The M2 Air’s CPU is roughly 18 percent faster than the M1 and its Neural Engine is 40 percent faster. 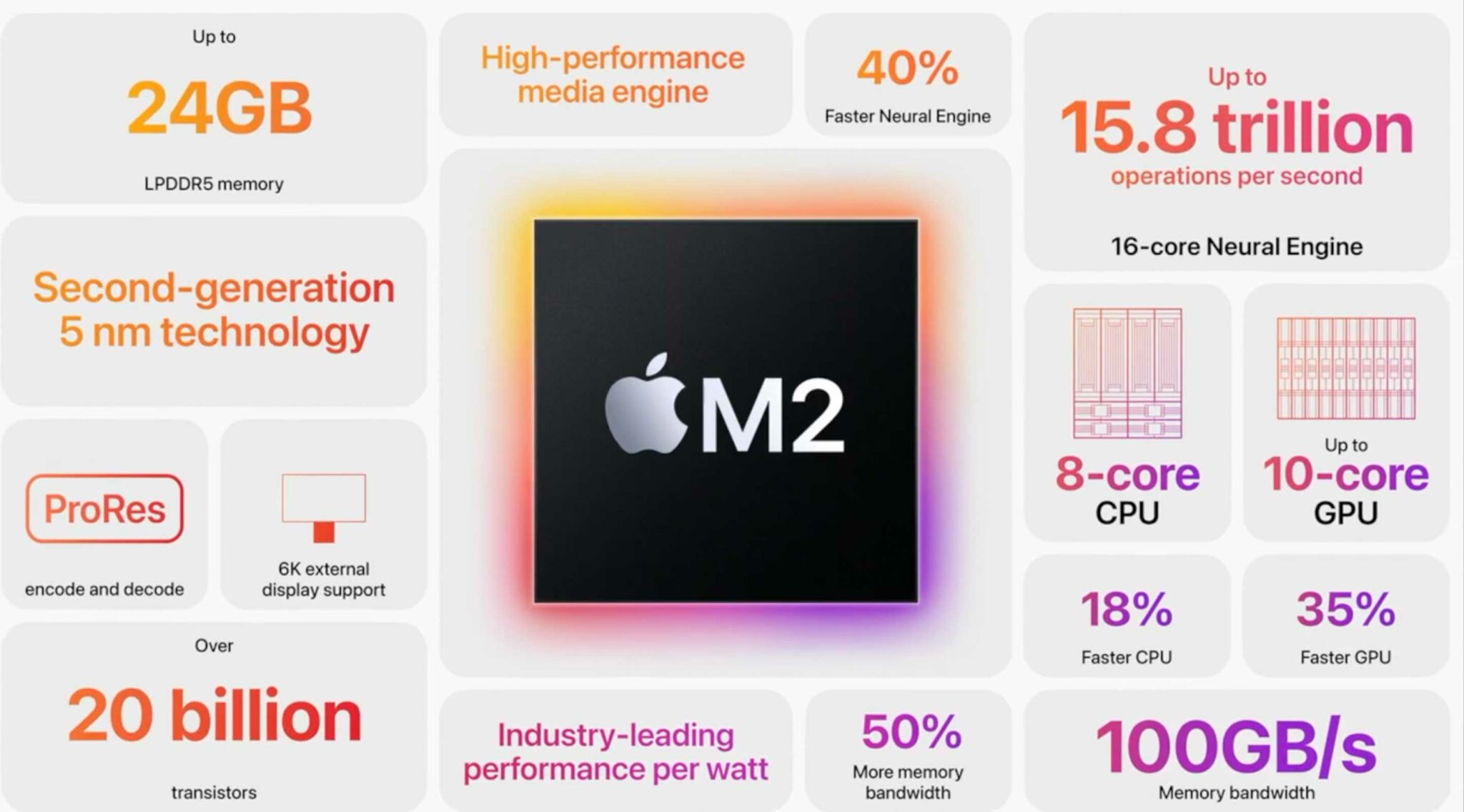 Further, two additional GPU cores (10 in total vs. 8 in the 2020 version) provide a 35 percent improved graphics performance. Both the M1 and M2 MacBook Air don’t feature an internal fan, and according to Apple, the M2 chip is up to 1.4 times faster than the M1 model.

The M1 variant maxed out at 16GB of RAM, whereas the new M2 model has up to 24GB of RAM. “I couldn’t truly test out the new chip in Apple’s hands-on area, but the laptop felt zippy during my brief time with it. Since the M1 series of chips have performed so admirably, I’d expect this to be an excellent computer,” writes Bennett in his hands-on. 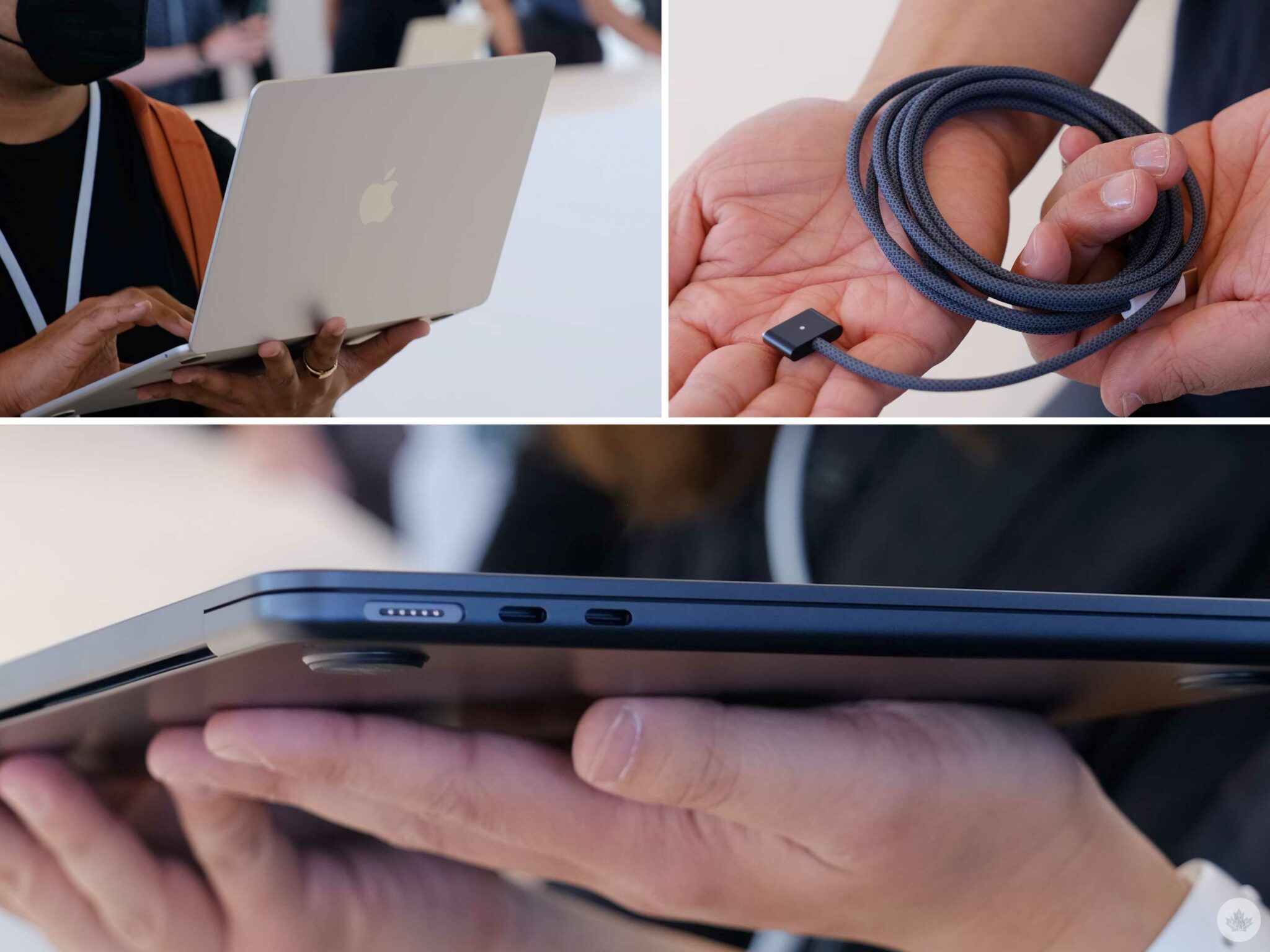 The M2 Air also supports MagSafe charging, something that its predecessor didn’t, which frees up one of the two USB-C ports for accessories. The M2 Air also one-ups the M1 Air in terms of battery. The new model features a 52.6Wh lithium-polymer battery, bigger than the M1 Air’s 49.9Wh lithium-polymer battery, although according to Apple, both models offer similar 15 hours of web and 18 hours of video run time. 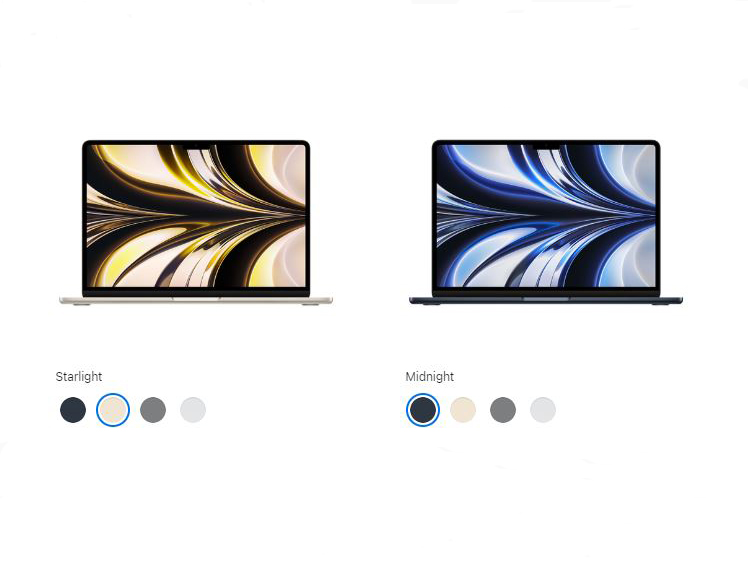 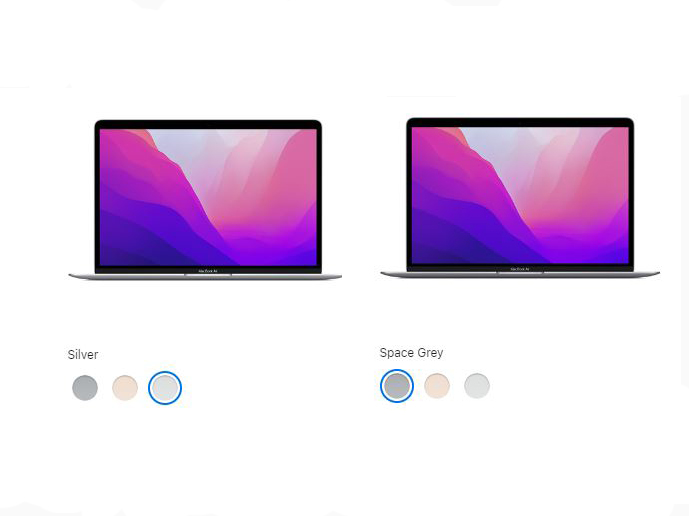 If you’re an existing M1 Air user, upgrading to the M2 variant isn’t necessarily a must. Although the new Air offers faster computing, a refreshed design, and an upgraded camera, it doesn’t explicitly feature anything that the M1 variant doesn’t, other than MagSafe charging of course.

If you own an older Apple laptop or haven’t owned a MacBook at all, starting off with the M2 Air would feel like a solid upgrade, especially if you’re going to use it for video editing work. Further, it comes in at $200 more than the M1, so that’s not a huge difference when considering what the M2 chipset has to offer.