As far as video game merch goes, this is pretty crazy 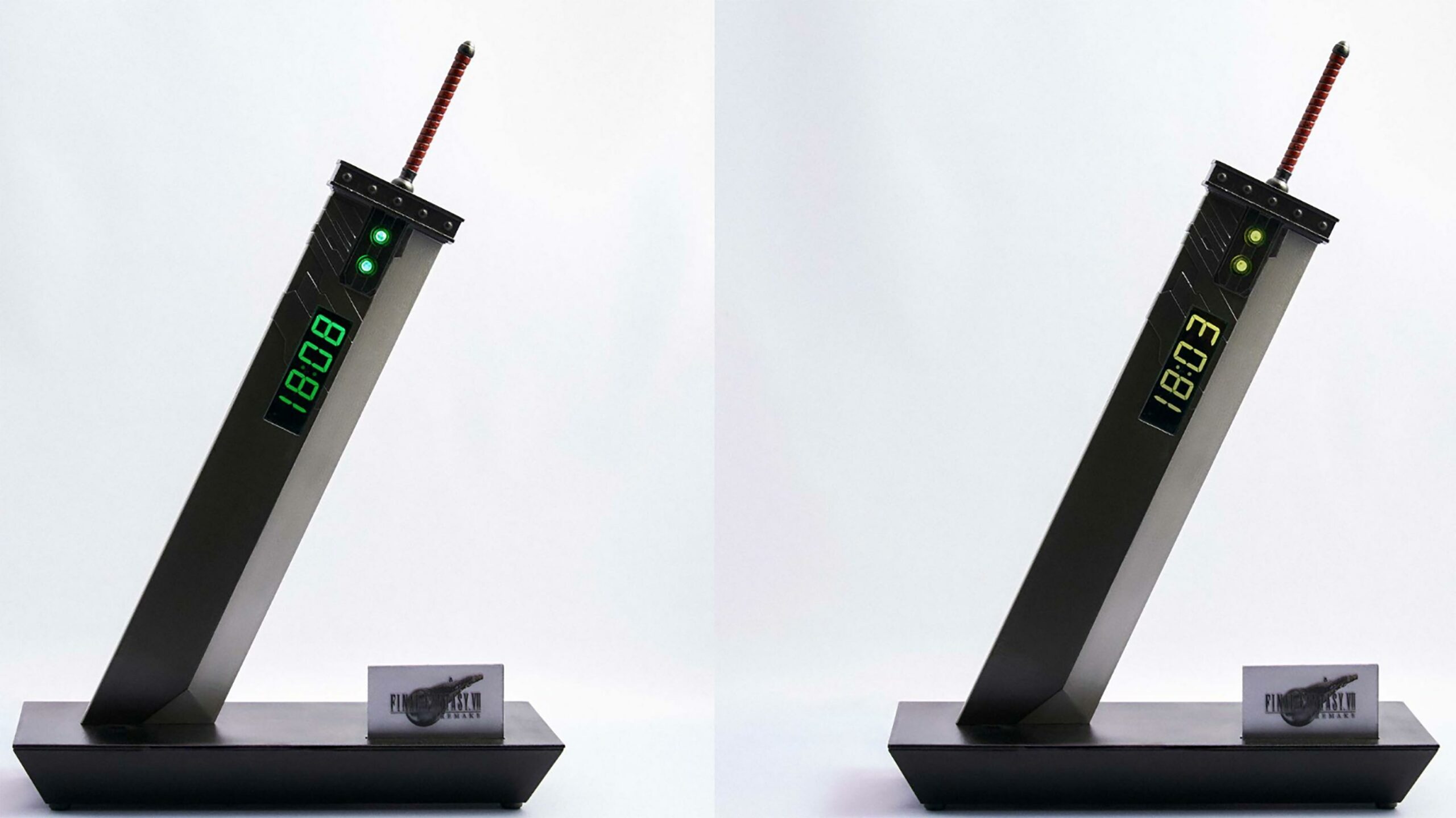 However, there are some significant shortcomings to this device. First, it’s $200 USD (about $250 CAD), which is outrageous for a digital alarm clock. What’s more, for a device that costs so much, you’d expect fairly pristine sound quality, but this clock unfortunately lacks even that.

As you can hear in Square Enix’s official trailer for the clock, the audio sounds echoey, which is jarringly juxtaposed with the sound clips from the game that play in the same video. Finally, there’s bafflingly no snooze button.

If none of that is an issue for you, the “Final Fantasy VII Remake Digital Clock — Buster Sword” is available for pre-order on Square Enix’s website. It’s expected to ship in January 2023. Final Fantasy VII is my all-time favourite game, but unfortunately, this clock — however cool it does look — simply costs too much for me to justify a purchase.

Outside of the clock, 2022 marks the 25th anniversary of Final Fantasy VII, and as part of those celebrations, Square Enix says it hopes to share more information on the currently untitled second installment in its FFVII Remake series. Remake was originally released on PS4 in April 2020, with a PS5 version following in June 2021 and a PC port landing that December.