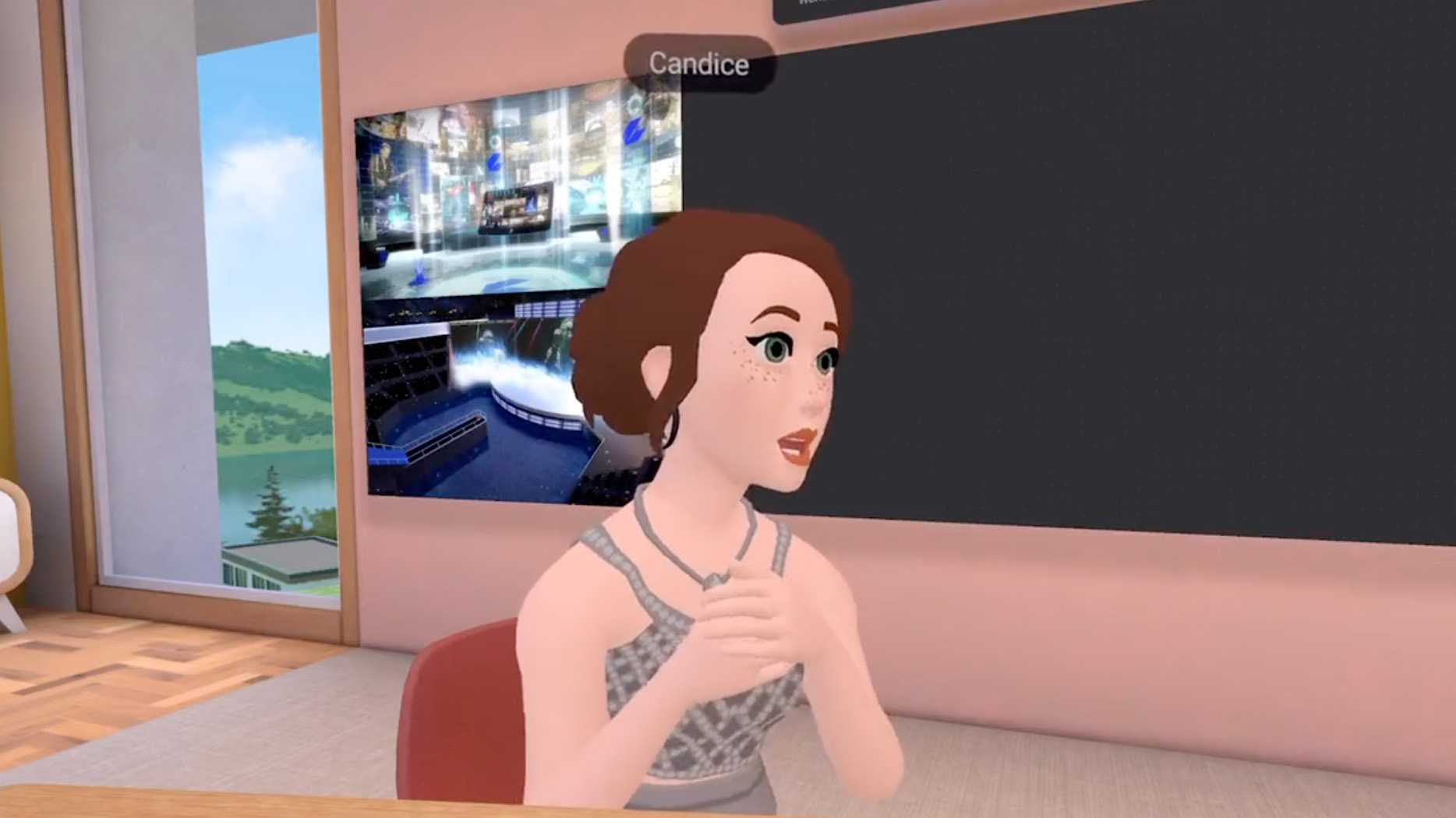 Candice Houtekier is working on setting a precedent in the Canadian art market, and it’s completely digital.

Houtekier is the founder of Art Collision. Along with her team, she helps organizations and artists host art events in the virtual world by installing exhibitions.

The agency has worked with multiple museums, art galleries, and independent artists. But it was a process to get here.

Houtekier has a background in art history and video game studies. After working as a gallery assistant in commercial art galleries for a couple of years, she wanted to use digital tools to improve the presence of art online and have it reach more audiences. She decided to make this happen on her own back in 2019.

There are two different ways to install exhibitions virtually, Houtekier explains. The first involves downloading a virtual reality application that allows people to host exhibitions. The second option is to use web applications powered by the Ethereum blockchain.

Houtekier incorporated Art Collision roughly seven months before the pandemic started, and she found the pandemic left “a big gap.”

“The art world is a world of events where people are used to having opening receptions, gallery tours, and meeting the artists,” she said. “With the COVID pandemic, everything stopped.”

Allowing people to meet virtually gave them a way to step away from a bleak reality and enter a world familiar to them.

She isn’t only blazing the way for art in VR but representing women as well. Houtekier said there aren’t a lot of women in the virtual art world, an extension of what she’s seen in the traditional art market. Men make up the pool of decision-makers for museums, art organizations, and even nonprofits.

Houtekier wanted to incorporate the theme of inclusivity early on, but she found it difficult until other women represented opportunities to grow her business.

At the time, Houtekier was working on her own, taking contracts on the side, and was looking for opportunities to network. She attended a conference put on by TechTO and was presented with the opportunity to attend an incubator focusing on women in business.

She says this is when she discovered the power of such programs, as they really helped her scale up her business.

Houtekier has since received support and grants from various sources, including the Canadian Government, to grow her business. She believes the government is trying to help female entrepreneurs working at the intersection of art and technology.

Most recently, she opened her own gallery space called Floating Point Gallery. The gallery displays various artworks, including wearables; digital fashion avatars wear. This represents part of what Houtekier wanted, to push the boundaries of art, and break away from the traditional, gated mindset.

“I think that a lot of people aren’t going to be left behind because they refuse to believe that these digital worlds will have a major impact on the Canadian art scene.”