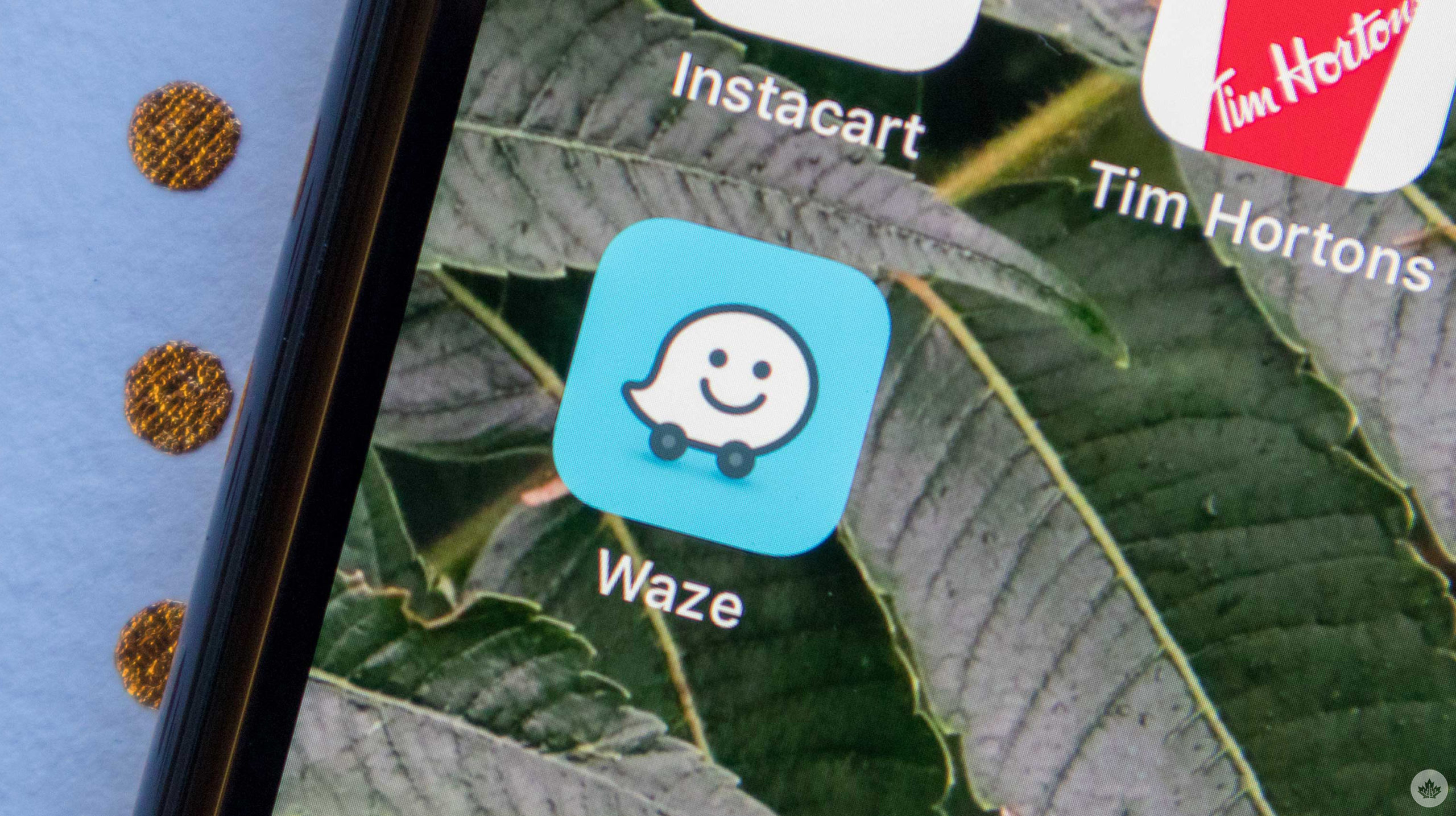 Waze has released data about Canadian driving habits amid the ongoing COVID-19 pandemic, and it turns out, almost 41 percent of the surveyed population won’t travel this holiday season.

“Waze asked respondents in Canada, U.S., U.K., France, Italy, Israel, Brazil and Mexico about their behind-the-wheel driver behaviours, favourite forms of entertainment, fun facts and aspirations, and what they experienced on the road this year,” reads Waze’s release. “Following a year where most of us stayed close to home, 2021 opened up new opportunities to hit the road and get back to travelling.”

According to the data collected, the month of August showed the highest increase in nationwide driving compared to pre-pandemic statistics. Here are the cities that drivers drove around the most this summer:

About 70 percent of the surveyed population said that they drove [rimarily for shopping while residences and restaurants were top navigation inputs in Waze for Canadians in 2021. If someone in front of them isn’t moving, 52 percent of Canadian drivers would wait patiently instead of using their horns, likely because they’re listening to ‘STAY’ by Justin Bieber and The Kid LAROI or ‘Blinding Lights’ by The Weeknd, which happen to be in the top five songs Waze-users listened to on Spotify while driving. 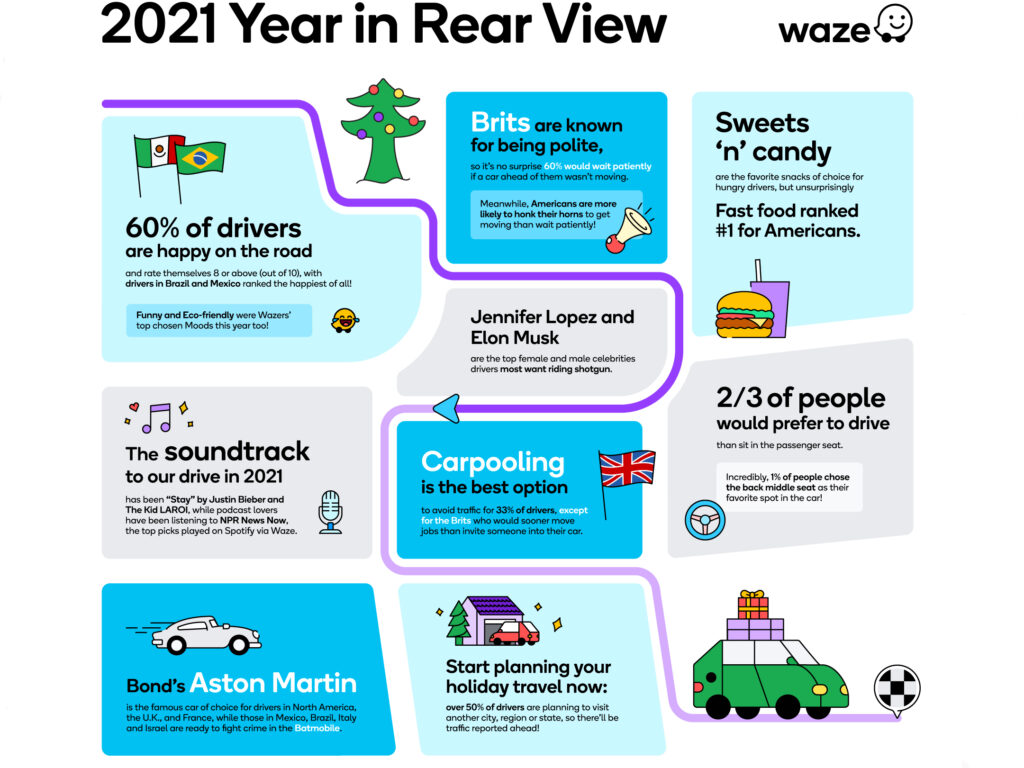 Waze also collected data about Waze users’ driving dreams. For 40 percent of the surveyed Canadians, James Bond’s Aston Martin was the car of choice followed by Batman’s Batmobile at 24 percent.

Globally, Jennifer Lopez and Elon Musk are the top celebrities that drivers would most like to have in their passenger seat, while Adele took top honours in Canada.