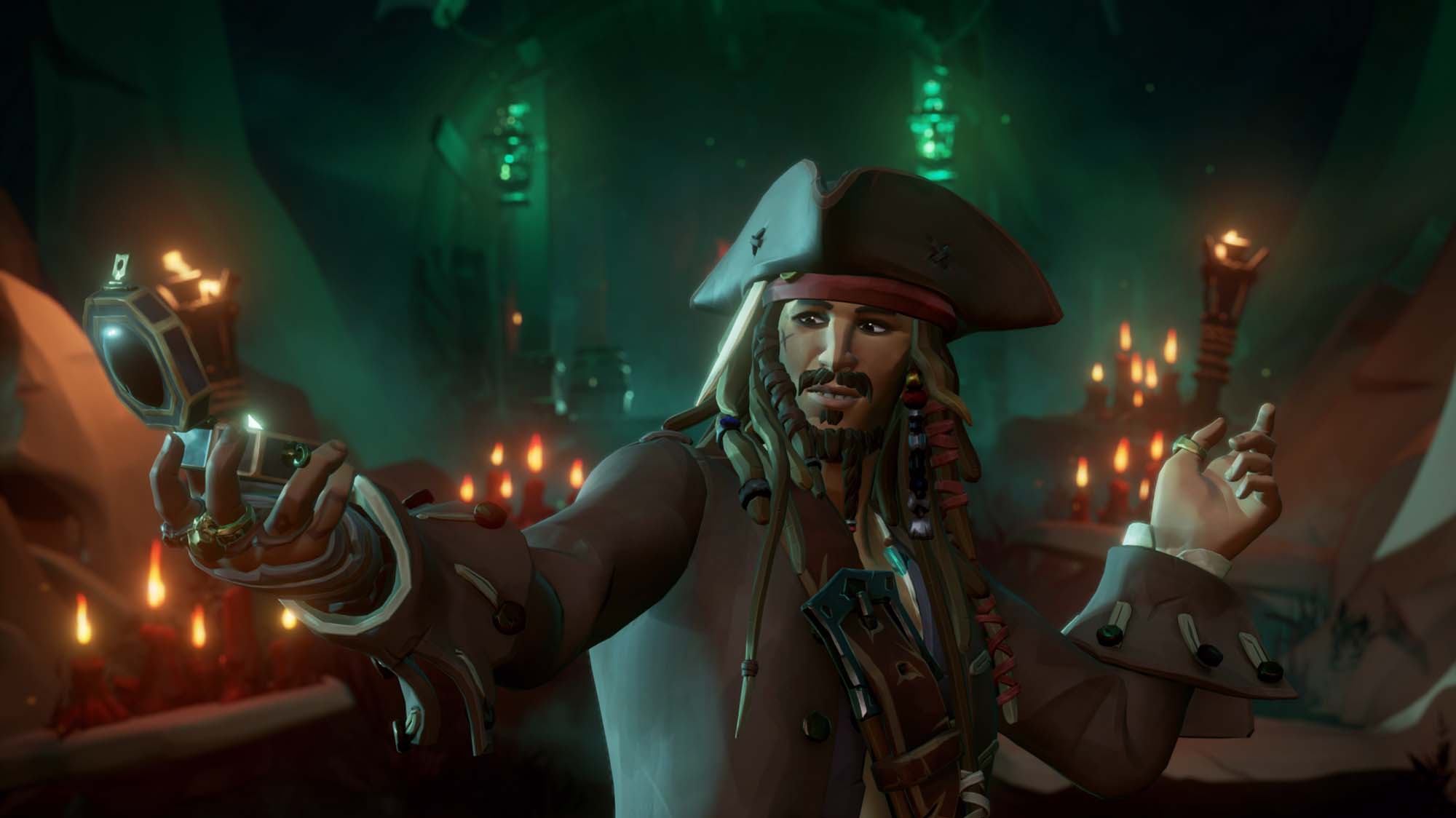 During Microsoft’s Xbox & Bethesda Games Showcase, the company showed off an upcoming expansion for Rare’s Sea of Thieves pirate adventure that features characters from the Pirates of the Caribbean movie franchise, including Jack Sparrow and Davy Jones.

The expansion is set to come to Sea of Thieves for free on June 22nd.

According to a tweet regarding the games reveal, the “ultimate pirate cross-over” includes new environments, enemies and adventures. It’s unclear if Johnny Depp voices Jack Sparrow in the game or if it’s a soundalike voice actor, but it’s likely the latter.

A subsequent blog post all calls the expansion “the game’s most ambitious story-driven campaign to date” and says that it uniquely blends both franchises’ pirate-filled worlds.