The company is embedding Google Meet in a lot more products 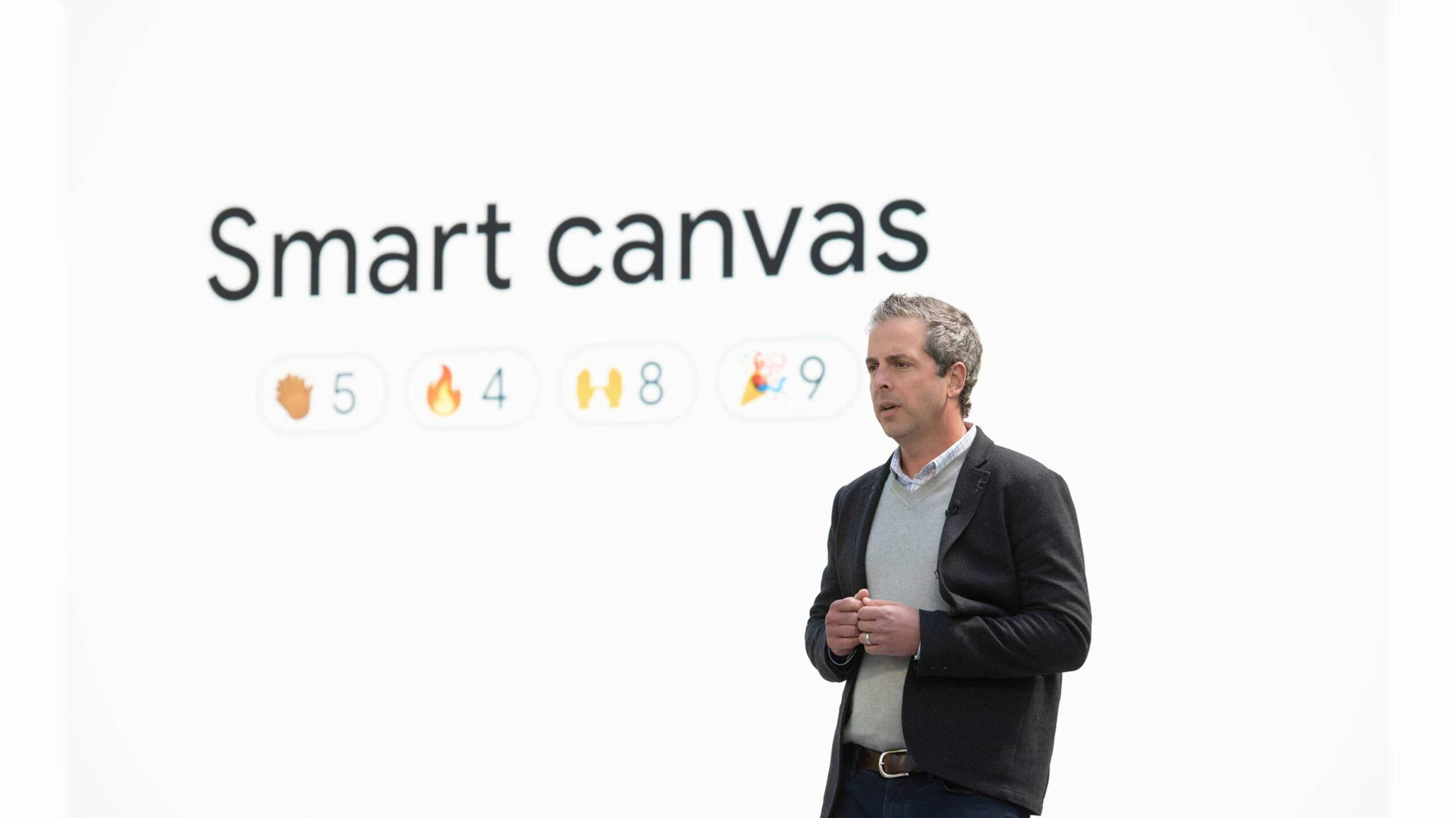 This is a new, smarter way to tie Google apps like Docs, Sheets and Slides together and is aimed at helping people work better online. Smart Canvas isn’t an app like Docs and Sheets but instead supplements them with better collaborative features.

This allows teams to create small tables, lists and more together. Plus, you can even save presets to Smart Canvas so you can quickly format docs and hit the ground running when you need to collaborate and plan a project.

Users can now use @-tags to add users to a document so they know what things they’re supposed to be working on. These new @-tags can be used for more than tagging people and can also drop in elements from other documents quickly with a few simple keystrokes.

Whenever you @-mention someone, you can click on their name to see information about them, including their contact email and job title. This feature is launching in Google Docs now and will come to Sheets in a few months.

On top of this, Google Meet is getting built into a lot more Google products to make it easier to call your co-workers from all Google apps. This starts with Docs later this year, but it’s also planned for Sheets and Slides in an effort to make collaborating possible without a single user presenting their screen.

Smart Canvas looks to take tools that users might know from Trello, Asana and Monday and merge them with Google’s other work-based products.

This is a pretty minimal feature, but it actually looks very useful for anyone that tries to cram as many windows as possible on a screen at once. This new model removes traditional page boundaries and makes it so you can work on a written document in a much cleaner way.

Google is adding the ability to add emoji reaction in Docs. If you use a chat app like Slack or Discord, this seems to be the same concept. If someone writes or comments something, you can respond with an emoji to get your point across. For example, if MobileSyrup managing editor Patrick O’Rourke edited one of my stories, I could respond with a knife emoji to tell him to back off.

Editor’s note: I would likely respond with a bomb emoji, and then still make the change – Patrick O’Rourke.

Google is making spellcheck smarter in Docs this year by ensuring it recognizes gendered words. After the update, the company says that when you write a word like chairman, it will suggest you change it to chairperson to be more inclusive.

Overall, this new workspace tool seems a little convoluted, but it’s exciting Google is attempting to compete more directly with Microsoft Office. You can check out all the new Google Workspace updates, here.