Spotted by Windows Central, the app isn’t available to download. Instead, the Microsoft Store asks users to “Redeem a code,” which could indicate the app is part of a closed beta.

On top of that, the description says that the app can “send and receive SMS text messages” and that it’s “for devices capable of using mobile data (5G and 4G LTE).” 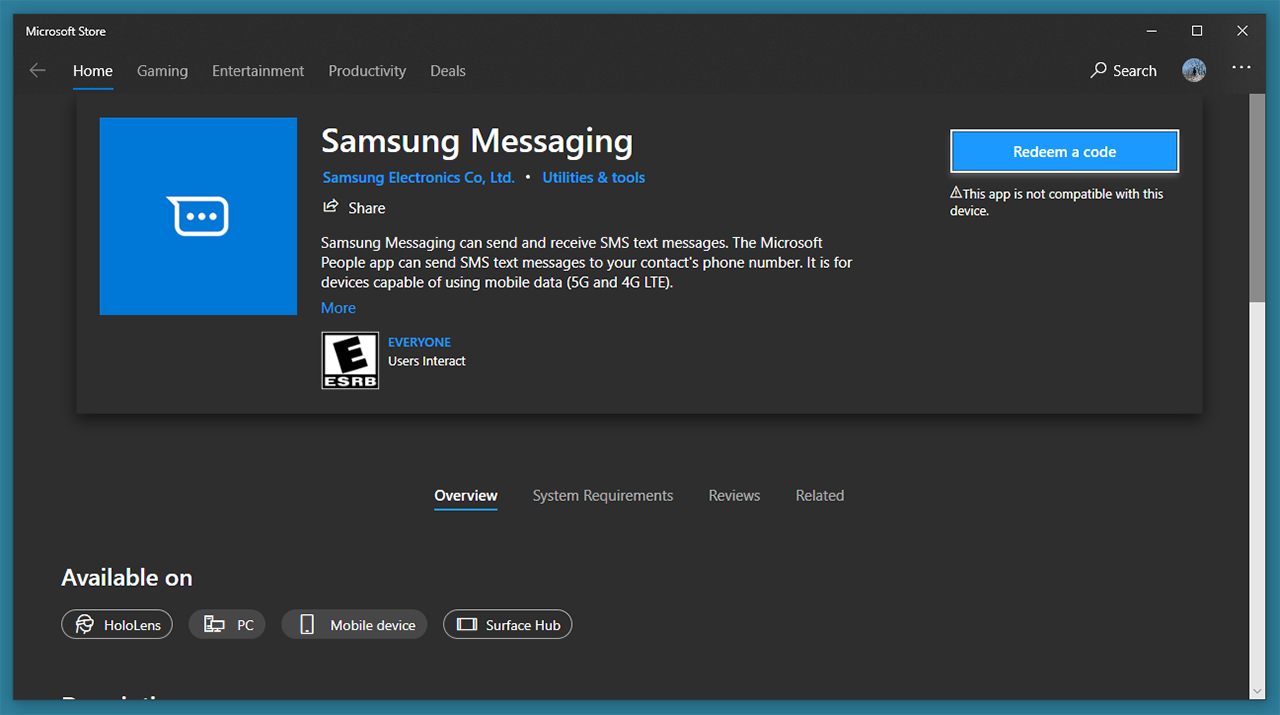 Ultimately, it remains unclear what the app does. At first, it seemed like another way to send text messages from your Windows PC, similar to what you’d get with Google’s Messages website or Microsoft’s ‘Your Phone’ app. However, given the restrictions outlined in the app’s description, I’d say that’s likely not the case.

My hope is it’s a messaging solution for Samsung’s Windows devices. The company has already started moving away from its Messaging app on its flagship Galaxy smartphones, favouring Google Messages (although that whole situation remains confusing and both apps remain available on the smartphone).