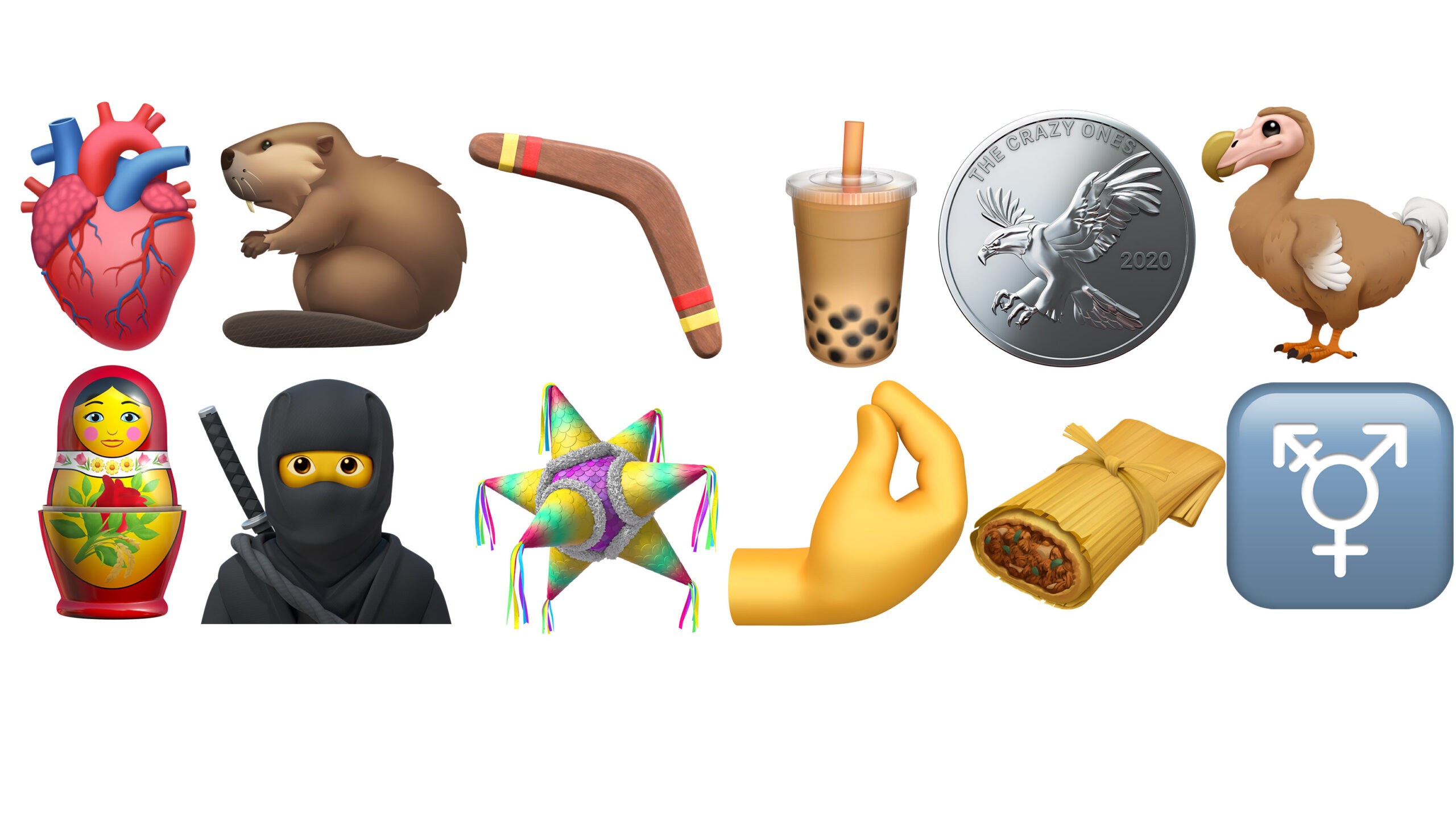 In honour of World Emoji Day, Apple has previewed several of the new emoji set to come to the iPhone, the iPad and Mac later in 2020.

This fall’s new emoji include the following:

It’s also worth noting iOS 14 includes a new search feature similar to functionality that has been available in macOS for several years that makes it easier to search through emoji characters. iOS 14 is set to be released this fall.

Along with new emoji, Apple has also revealed several new Memoji and Memoji stickers coming to iOS 14, including new hairstyles like a man bun, top knot, simple side part, waves and “enhancements to fades.”

Other customization options include new coloured face coverings and 19 more headwear styles like a cyclist helmet, a nurse cap, a swim cap and a durag.

Regarding Memoji stickers, a fist bump, blush and a hug are set to arrive.