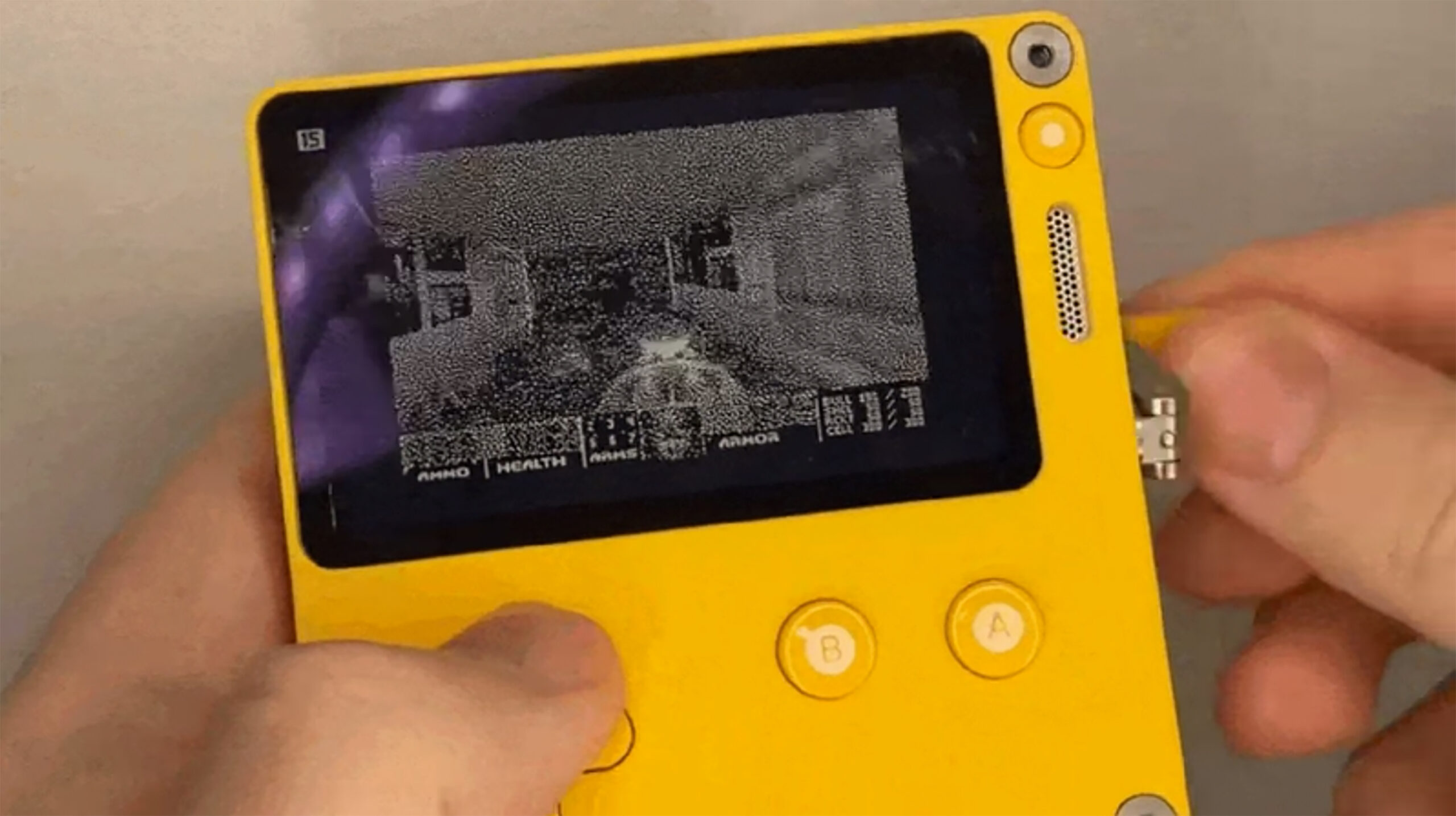 1993 classic Doom is headed to yet another video game platform.

Doom is coming to Playdate, a yet-to-be-released handheld console, according to Kotaku. For anyone unaware, Playdate was announced back in May of last year. The handheld is being created by Oregon-based video game publisher and app-developer, Panic.

The device features a black-and-white screen with a yellow look to it. It also has no backlight similar to Nintendo’s original Game Boy, Game Boy Colour and Game Boy Advance.

Unlike Nintendo’s classic handheld, however, the Playdate features Wi-Fi, Bluetooth and USB-C. The news of Doom being ported to the handheld was revealed by the developer behind the project, Nic Magnier. Magnier showcased the Playdate port through multiple videos, including using the handheld’s crank arm to fire Doom‘s chaingun.

Magnier told Kotaku that this was the handheld’s first playable version of the classic shooter. He adds that it was a personal project for him and that it took about 15 hours to port the game.

“I naturally asked if it would be possible to run Doom. We talked about it, but no one really had time to work on it,” Magnier told Kotaku. “The real challenge [was porting] Doom to a black-and-white screen.”

Playdate is currently only available to developers, but it’s designed to be easy to mod and tweak. The intention of Playdate is not to feature ports but for game developers to develop “fresh, fun, and quirky games”
on the handheld.

If you’re anticipating the launch of Playdate to play original Doom again, it’ll cost you $149 USD (about $201 CAD). That said, the handheld doe not have an official release date yet.