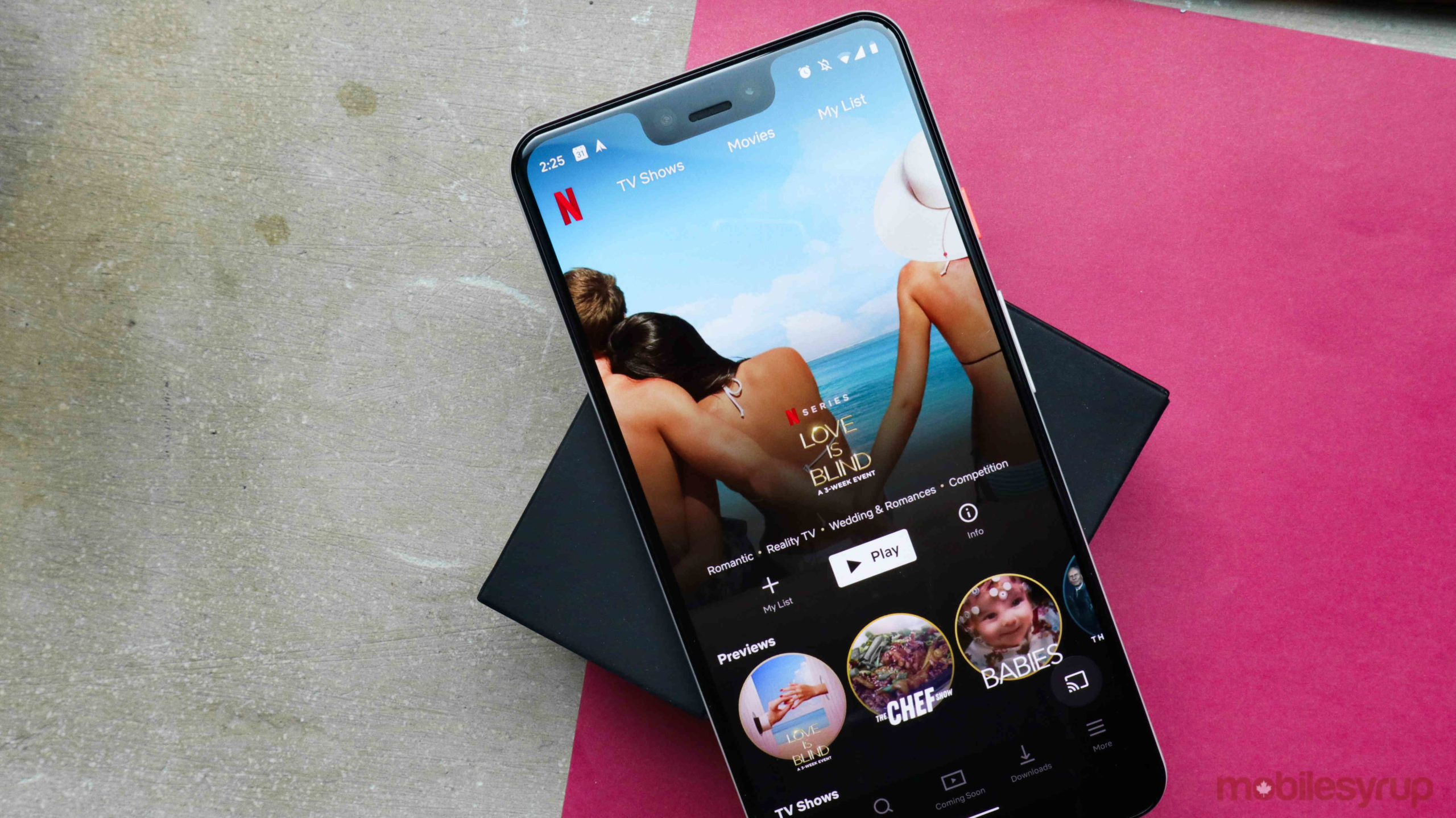 Netflix is updating its slate of apps to include a few new ‘Top Ten’ sections to help users be more aware of what is popular on the platform.

In Canada, the row displays the 10 most popular shows/movies in the country, although it’s unclear how Netflix ranks TV shows against movies since longer content has a higher chance that people are watching it. To combat this, you can go into the movie only section of Netflix where the new list only shows movies. The same rule applies to TV shows.

Most of Netflix’s rows of content are filled with things that the user likes, but this one is completely based on what is popular. That said, if nothing in the top 10 is up your alley, then this row will be placed lower down on your Netflix list.

Further, all the shows that are included in the top 10 will have a little watermark on the top corner that says, “Top 10.”

Netflix says that these lists will be updated every day. The new sections haven’t hit the Netflix app on my smartphone yet, but the feature is likely rolling out now.