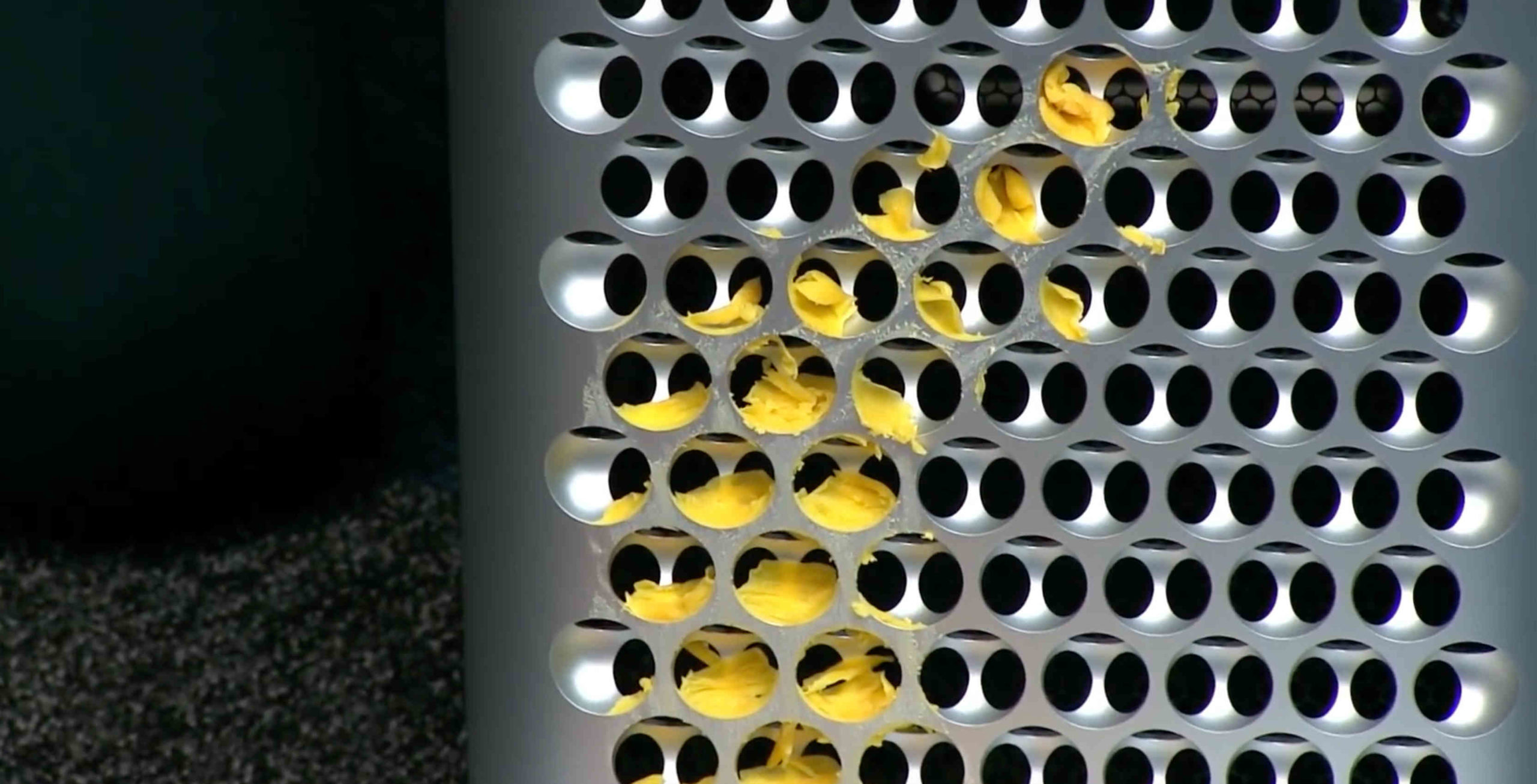 The jokes flew on social media and in tech circles around the world until the fine folks over at iFixit decided to settle the debate once and for all.

During a teardown of the computer, two iFixit creators took a stick of what can be assumed to be regular cheddar cheese and attempted to grate it.

What comes next may surprise you. While the computer looks like a grater, it’s actually terrible at grating the tasty dairy product. When the iFixit staff pushed the cheese against the computer, instead of cutting into fine slivers of cheese, it just smushed into the desktop’s large holes.

You can watch the video below and the grating (er, smooshing) happens at 13:45.