After hitting desktops with night mode earlier this week, Chrome 74 brings the dark to Android along with a new translate feature, accessibility options and more.

First and foremost, dark mode is officially here. You can enable it by turning on battery saver or, if your Android device has a dark mode toggle, turning that on. Alternatively, you can force it by enabling the ‘#enable-android-night-mode’ flag in ‘chrome://flags.’ However, this didn’t work for me — I still had to turn on battery saver to get dark mode. Your mileage may vary. 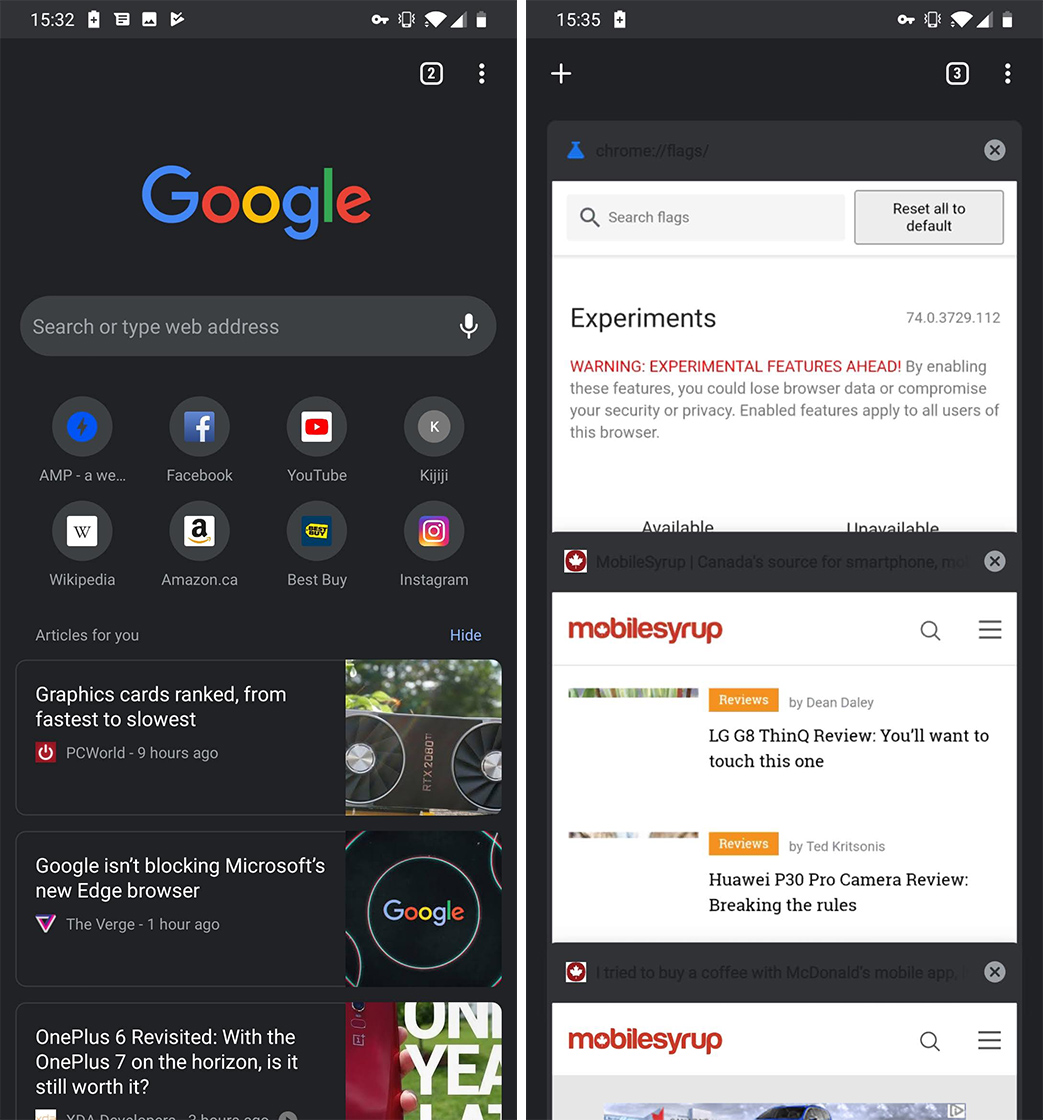 Hopefully, the Chrome team follows the lead of Safari and adds support for the ‘prefers-color-scheme: dark’ CSS media query, which requests sites use a dark mode.

Further, Chrome 74 adds a shortcut to the built-in Translate feature. Now, users can call up Translate at will by tapping it in the overflow menu.

Previously, the Translate bar only appeared when users went to a page that wasn’t in their language. 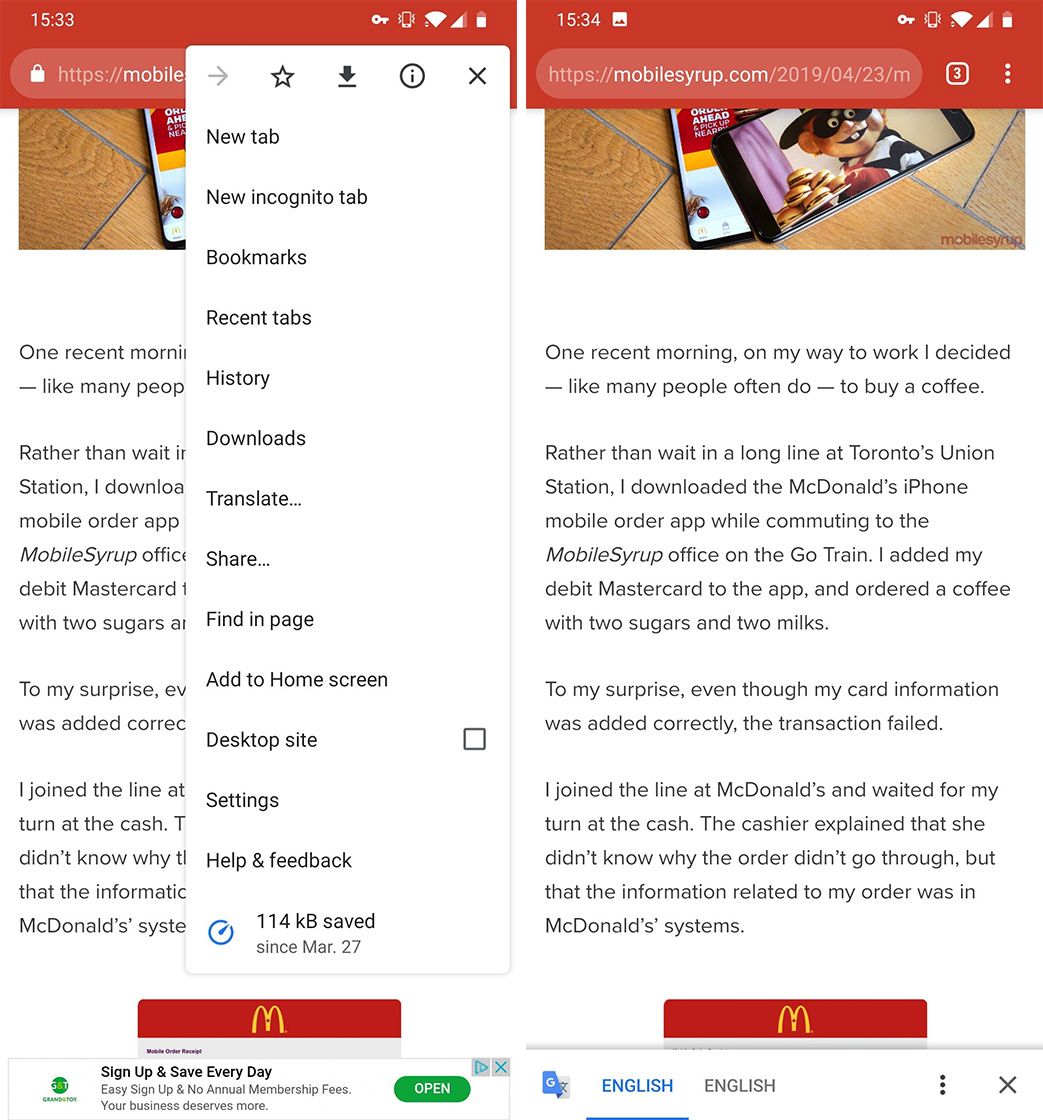 Finally, Chrome now supports a new ‘prefers-reduced-motion’ CSS media query. Essentially, if you enable the Accessibility setting to remove animations, this media query makes it easier for sites to detect that and limit animations accordingly.

There are several smaller features as well, including new PDF annotation tools, under the hood improvements and the renaming of the data saver feature, now called Lite mode.

You can grab the update from the Play Store as it rolls out.