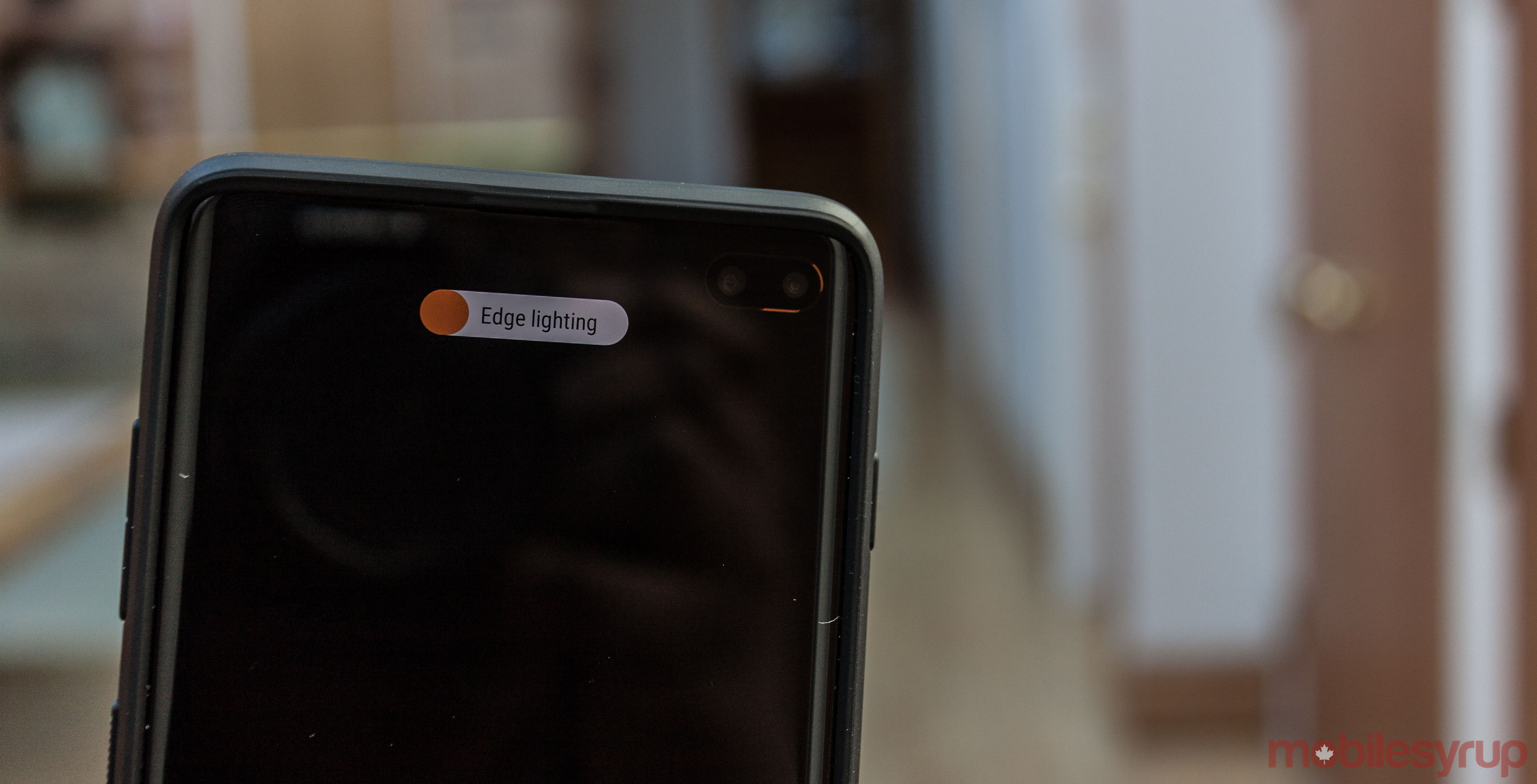 Currently, you can set the Edge lighting feature on Samsung’s flagships to make the light appear all around the display whenever you get a notification. However, XDA Developers discovered that you can get the Edge Lighting to go around with display cutout with the Samsung Good Lock app and the EdgeLighting+ plugin.

To do it, head to the Galaxy Store and download the ‘Good Lock’ app. You can’t do this on the Play Store, as you’ll end up with the wrong app. Once you open the app, swipe over to the ‘Family’ section and tap on ‘EdgeLighting+.’ You’ll then have to install that plugin.

After installing the plugin, tap ‘Effect’ and then swipe over to the option that reads ‘Eclipse’ and tap on that. From here, you can pick what colour and the duration you’d like for the Edge lighting.

Oddly enough, XDA points out that the plug-in only works for all apps when the screen is on, however, when it’s locked it only works for incoming calls and specific pre-loaded apps.

There are other third-party apps that can do the same thing, however, it’s nice to see that Samsung has noticed that its customers like using display cutout not only for the funny wallpapers.