see/saw is a challenging platformer from Philipp Stollenmayer, the developer behind Bacon — The Game.

Like most platformers, see/saw is ridiculously easy to understand. The controls are fast, simple and fluid. In fact, players don’t control the character; they control the world. Tapping left tilts the world that way, and the character runs according to the tilt. There isn’t even a jump button.

But within that simplicity is a surprisingly challenging game. see/saw asks players to navigate various levels full of obstacles and dangers like spinning saws, spikes and more. Jump pads rocket you through the air and boosters give you a burst of speed. 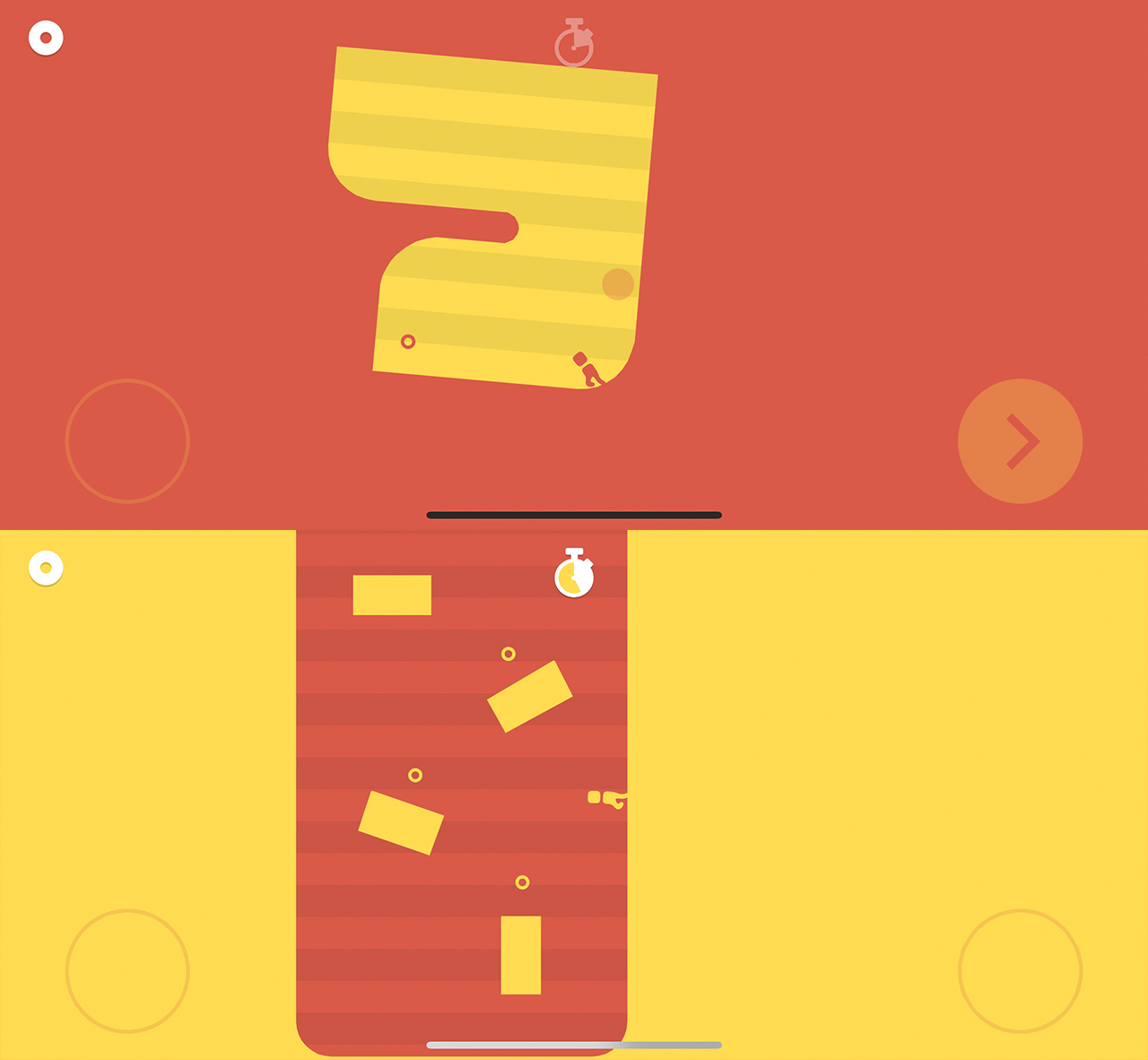 To complete a level, you have to collect three coins. The game boasts that you can finish every level in under 15 seconds. Doing so earns you an extra coin. Others levels are more nefarious.

Often, see/saw asks players to die strategically. Your body can still collect coins after death, making every fatality as important as every life.

While things start comfortably, players soon find themselves executing complex aerial maneuvers trying to get coins and dodge saws — or throwing their characters into saws in a last desperate attempt to get that out-of-reach coin.

Along with the challenging and unique gameplay, players are treated to a beautifully designed game. 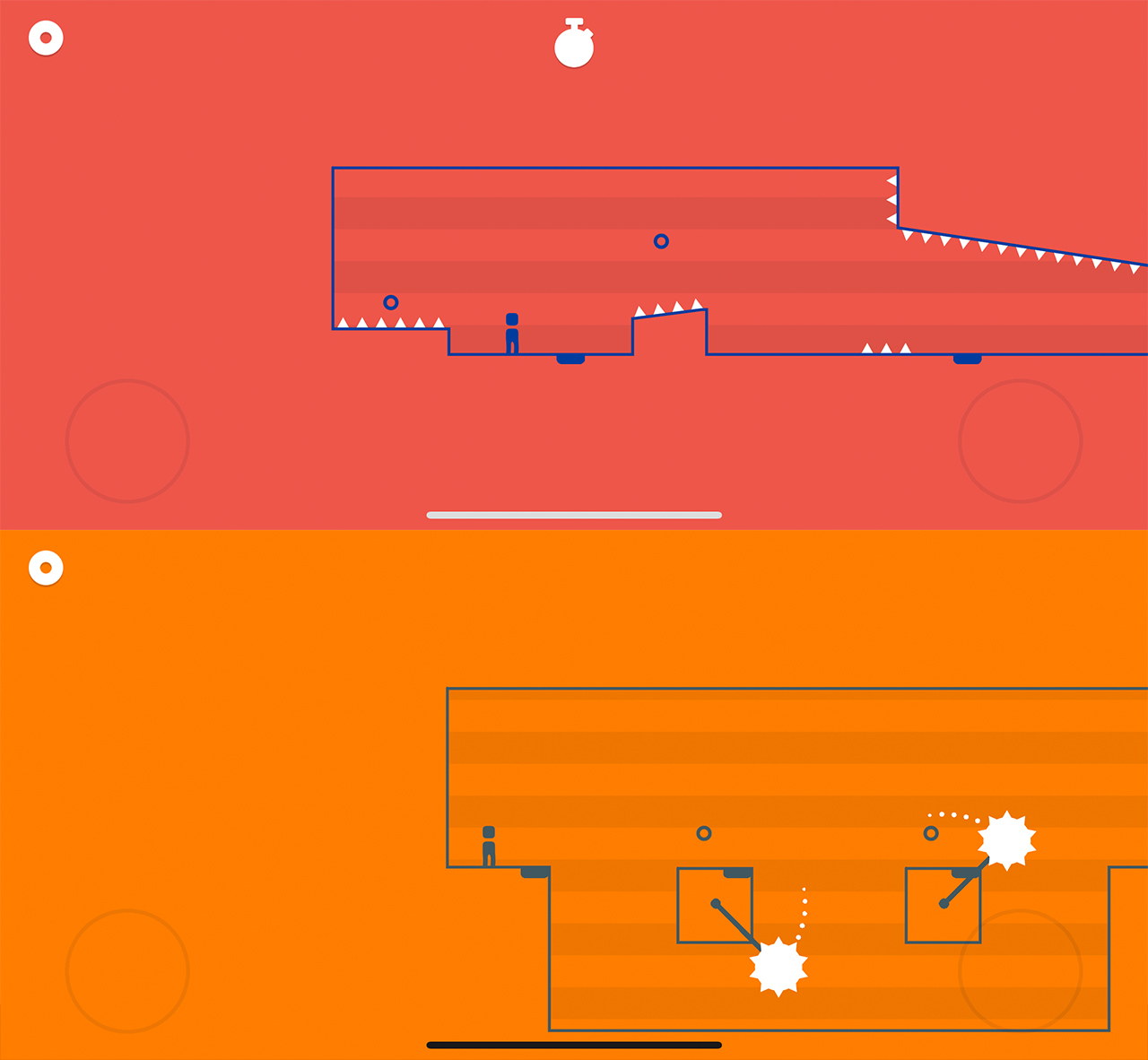 Levels are broken up into small groups of four unlocked by collecting coins. Each group of four features a unique colour palette composed of two contrasting shades. Additionally, many of the level groups introduce a new concept in the first of the four levels.

Overall, see/saw is an excellently made platformer. Its unique design makes it stand out, and the clever mechanics make for a platformer unlike any other.

I highly recommend you give it a go. It’s available for $3.99 on the App Store. Unfortunately, there’s no Android version of the game.